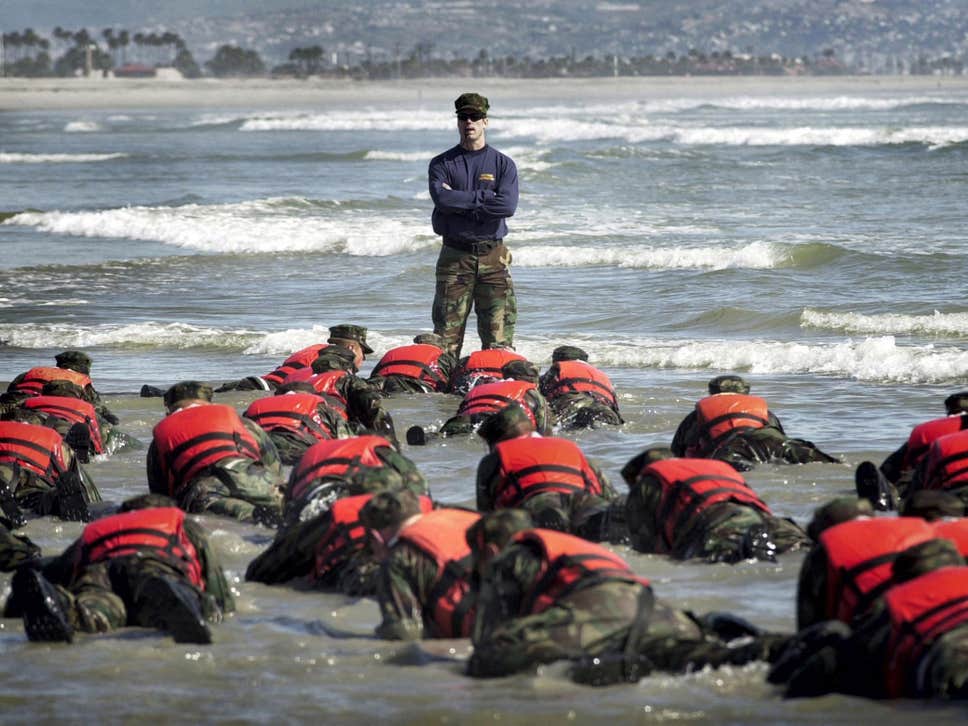 Reprimand comes amid allegations of misconduct during Fourth of July celebrations

The commander of a US Special Operations task force in Iraq has sent home a platoon of Navy SEALs for drinking while deployed after an alleged sexual assault by one of them, US defence officials said, the latest discipline incident that has emerged for an elite force relied upon heavily by the Pentagon.

US Special Operations Command said in a statement on Wednesday night that the platoon was forced out early to San Diego by the commander of the task force, Major General Eric Hill, “due to a perceived deterioration of good order and discipline within the team during non-operational periods” of their deployment.

“The Commander lost confidence in the team’s ability to accomplish the mission,” the statement said. “Commanders have worked to mitigate the operational impact as this SEAL platoon follows a deliberate redeployment.”

The statement did not say what led to the decision, but a defence official with knowledge of the situation said that a female service member working with their platoon reported being sexually assaulted by one of the SEALs during the Fourth of July holiday weekend.

The official, who spoke on the condition of anonymity due to the sensitivity of the situation, said the report triggered scrutiny of the platoon, including drinking while deployed.

The SEALs declined to cooperate with investigators, prompting Maj Gen Hill to send them home for both that and the alcohol use, the official said. The reported assault was first reported on Thursday by the New York Times.

A second person, a senior US Navy official, said on Thursday that he was aware of alleged sexual misconduct being a part of the case, but was not sure if an assault had been reported.

The officials said that the SEALs involved violated General Order No. 1, which bans alcohol use while deployed.

The SEALs were members of SEAL Team 7, which has headquarters in San Diego when not deployed, one of the defence officials said.

The defence official familiar with the sexual assault report said that the Naval Criminal Investigative Service is overseeing the sexual assault case, while other military officials investigate administratively the culture and actions in the unit.

Commander Tamara Lawrence, a spokeswoman for Naval Special Warfare Command, said in a statement on Wednesday night that her unit is “actively reinforcing” with the entire force “basic leadership, readiness, responsibility and ethical principles that must form the foundation of special operations”.

“Leaders at all levels must lead in a way that sustains and sharpens that foundation,” she said. “Discipline is a competitive advantage, and enforcing those standards is critical to our success on the battlefield.”

The disclosure by the military comes two days after the independent Navy Times reported that six members of SEAL Team 10 in Virginia Beach tested positive last year for cocaine use.

Some of them had masked their use of it in previous tests, some of the SEALs told investigators, Navy Times reported.

The Iraq incident also comes after Navy SEALs were implicated in the death of Army Staff Sergeant Logan Melgar, a Special Forces soldier who was strangled in Mali in June 2017.

Mr Matthews and one of the Marines, Staff Sergeant Kevin Maxwell, have pleaded guilty to lesser charges, and testified that Mr Melgar was accidentally killed in what the military has called a hazing incident involving alcohol.

He was acquitted of the most serious charges but was convicted of posing for an unlawful photo with the remains of an Isis fighter.

The government’s case against him fell apart after another SEAL who was offered immunity from prosecution to testify said under oath that he, not Mr Gallagher, had been the one who killed a wounded Isis fighter – Independent. (Mirelle E.)

INDIA. The New Pivotal Role in Asia and Europe