Acasă Actualitate Scenarios are so unrealistic that one officer called them „garbage.” 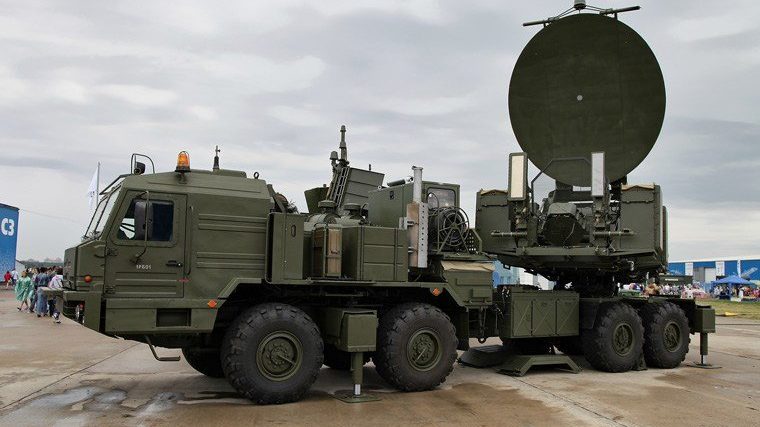 Training for electronic warfare threats is too easy, leaving troops dangerously unready for great power conflict. Scenarios are so unrealistic that one officer called them „garbage.”

AOC 2019: US troops have forgotten basic lessons of electronic warfare, and they’re not being forced to relearn them because even major training exercises are unrealistically easy, military and civilian experts warned this morning. Even when electronic warfare specialists are allowed to disrupt a unit’s radios and radar, often to paralyzing effect, they’re typically told to knock it off so training can continue as normal.

A soldier gets help with VMAX portable jamming system

If you look at the trends over time from one wargame to the next, “we are actually improving at a slower rate than we’re finding new problems,” said Lt. Col. Gary Lyke, an Army officer also at STRATCOM, which has the responsibility — but little of the authority – to improve EW. During exercises, troops keep their cellphones on, giving away their precise location. Units consistently forget such basics as having backup plans in case their primary communications get jammed – a principle called PACE, for Primary / Alternative / Contingency / Emergency – and even when someone does switch to the backup channels, the people they need to talk to often forget to listen to them. “It’s a simple thing,” Lyke said. “We absolutely suck at it.”

A real adversary like Russia or China would exploit such failings mercilessly. One reason troops are allowed not to suffer is that electronic warfare is often strictly limited in power to avoid violating FCC regulations so it doesn’t interfere with nearby civilian transmissions, Lyke said. For example a 1,000-watt jammer might be dialed down to 50. Another is that EW is often limited in time to only a brief part of a multi-day exercise, he said, “Sometimes two hours; sometimes as small as 10 minutes.”

Overall, he said, the scenarios used in training come nowhere near the real threat troops would face from a sophisticated adversary.

“I’m being polite when I say that it ‘does not represent the most likely and most dangerous course of action’ [by an adversary],” Lyke said, looking skeptically at his own briefing slides. Frankly, he told the audience here at the AOC electronic warfare conference, “I’d call it garbage.”

So, “if you would ask whether or not we are ready in the EMS [Electromagnetic Spectrum],” Lyke said, “you would get a personal opinion of ‘no’.”

During Q&A, multiple audience members stepped up to the mike to voice their agreement. “You all are correct,” said an Air Force civilian. There’s a lot of talk about fighting in that contested EMOE [Electromagnetic Operational Environment] but what we’ve seen [is] very little appetite to actually do some of that stuff.” The officers running exercises seem unwilling to let realistic jamming interfere with, say, pilots getting their flight hours in the cockpit.

Compass Call electronic warfare aircraft have been asked to conduct jamming during both Air Force and Army exercises, an Air Force officer added, only to be asked to stop because they were too effective. “We crushed the entire air war [and were told] ‘okay, knock it off,’” he said.

The most important statement of support from the audience, however, came at the very end of the session, from a Navy officer serving on a task force chartered by Congress to investigate electronic warfare and related shortfalls. (The formal name is Electromagnetic Spectrum Operations (EMSO) Cross-Functional Team (CFT), created by the Section 1053 of the 2019 National Defense Authorization Act).

“I think was a great panel,” the officer said. While there were other events on the conference schedule at the same time, he emphasized, “the thought leadership of the EMSO CFT is here in this room, and we are the vehicle for change for the Department of Defense.”

Inside an Army electronic warfare testing facility at White Sands.

So how do you make sure you have realistic, challenging training in electronic warfare? It isn’t simple. The exercise controllers who limit or prohibit jamming aren’t simply being perverse.

To start with, there are strict FCC and even FAA rules on who can transmit on what frequencies in various areas of the United States, for good reasons, and high-powered jamming can go a long way beyond the intended target. Accidentally garbling a civilian’s GPS navigation could be annoying; shutting down a business’s WiFi could be economically damaging; interfering with an airliner’s navigation system could be lethal.

Even in places and on frequencies where it’s safe to try out jamming techniques, it might not be possible to get an actual jammer. While the Navy and Marines have significant electronic warfare forces, the Army is still struggling to rebuild the offensive EW units it disbanded in the 1990s, and the Air Force retained only a handful of Compass Call aircraft. EW systems that replicate the behavior of enemy jammers are even harder to come by. US Strategic Command recently spent $32 million to put more jammers on training ranges, Poole said, but that’s just beginning to fill the gap.

And there is a potential technological solution to these problems: using simulated jamming in real-life exercises. Instead of turning on an actual jammer and seeing what happens, you construct a sophisticated model of how enemy jamming would affect friendly systems – which isn’t easy to do – and that software, or the umpires using it, turn off systems that are deemed to be “jammed.” The military is experimenting with such combinations of real and simulated training, a concept called Live/Virtual/Constructive (LVC), and experts on the panel and in the audience agreed it was a promising way to go.

But getting more jammers, whether simulated or real ones, is not enough. “We do not have a technology problem,” Lyke said: The big limiting factor is how people think – or fail to think – about electronic warfare. All too often, he said, jamming and other threats are “sprinkled” on top of an exercise for flavor, without being allowed to stop the units involved from doing what they’re trying to do.

An Army cyber/EW soldier sets up an antenna during exercises at the National Training Center on Fort Irwin, Calif.

Training exercises involve long checklists of required tasks, and coping with jamming is only one among many — if it’s listed at all. An artillery unit has to practice shooting cannon. Tanks and infantry have to practice maneuvering cross-country. Helicopters and planes have to practice flying, and if real or simulated jamming paralyzes troops so thoroughly they can’t practice those tasks, they’re not getting the workout they need.

But surely, Lyke said, the troops would benefit even more from having to practice performing all their tasks despite being jammed, because that’s what Russia or China would make them do in real life. In all too many exercises, EW units are told “you cannot do this because it’s going to impact some of the training events,” he said. “I’m sorry. The training event is to do these tasks in that [electronic warfare] environment.”

Training to fight while your communications and sensors are being jammed, Poole said, is like training to fight while you’re wearing gas masks and chem-bio protective suits. It may be awkward and difficult, but it’s necessary to “survive and operate,” he said. “You’re going to face those conditions and [can’t] wish it away….Russia’s not going to turn off the jamming.” (Sydney J. Freedberg Jr.).