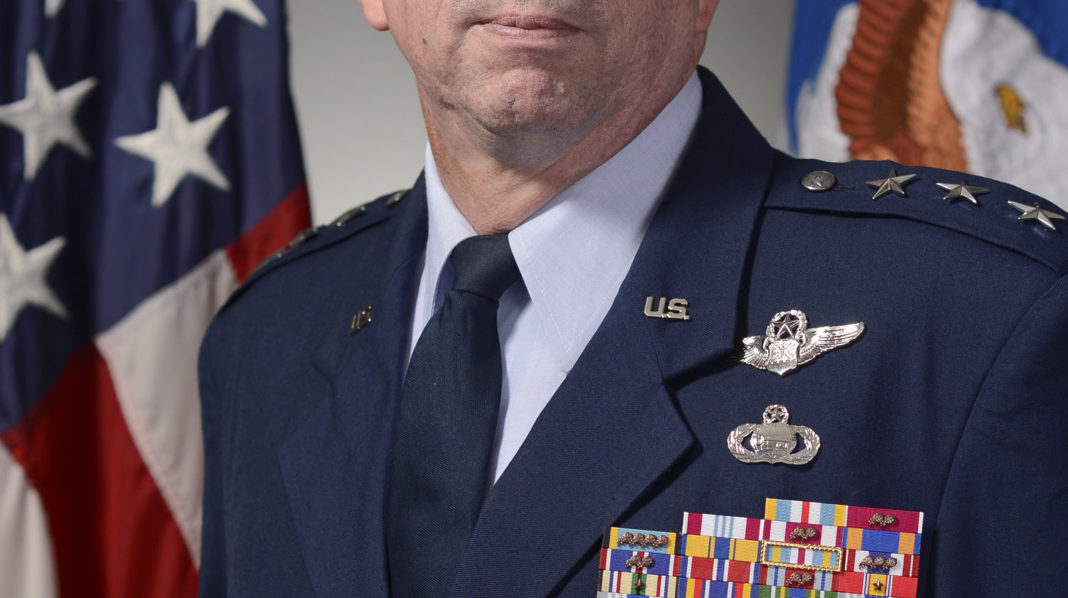 The Joint Artificial Intelligence Center won’t automate nuclear response — but it is working towards AI on conventional weapons and leery of arms control.

GEORGETOWN UNIVERSITY: “You will find no stronger proponent of integration of AI capabilities writ large into the Department of Defense,” Lt. Gen. Jack Shanahan said here, “but there is one area where I pause, and it has to do with nuclear command and control.”

In movies like WarGames and Terminator, nuclear launch controls are the first thing fictional generals hand over to AI. In real life, the director of the Pentagon’s Joint Artificial Intelligence Center says, that’s the last thing he would integrate AI with. The military is beginning a massive multi-billion dollar modernization of its aging system for Nuclear Command, Control, & Communications (NC3), much of which dates to the Cold War. But the Joint Artificial Intelligence Center is not involved with it.

Air Force missileers — the human beings who would carry out any nuclear launch.

A recent article on the iconoclastic website War on the Rocks argued “America Needs A ‘Dead Hand’,” a reference to the Soviet system designed to automatically order a nuclear launch if the human leadership was wiped out. “I read that,” Shanahan told the Kalaris Intelligence Conference here this afternoon. “My immediate answer is ‘No. We do not.’”

Instead, the JAIC is very deliberately starting with relatively low-risk, non-lethal projects — predicting breakdowns in helicopter engines and mapping natural disasters — before moving on to combat-related functions such as intelligence analysis and targeting next year. On the Pentagon’s timeline, AI will be coming to command posts before it is embedded in actual weapons, and even then the final decision to use lethal force will always remain in human hands.

The standard term in the Pentagon now for human involvement with AI and weapons now is “human on the loop,” a shift from human IN the loop. That reflects greater stress on the advisory function of humans with AI and a recognition that domains like cyber require almost instantaneous responses that can’t wait for a human.

Hawkish skeptics say slowing down to ask human permission could cripple US robots against their less-restrained Russian or Chinese counterparts. Dovish skeptics say this kind of human control would be too easily bypassed.

Shanahan does see a role for AI in applying lethal force once that human decision is made. “I’m not going to go straight to ‘lethal autonomous weapons systems,’” he said, “but I do want to say we will use artificial intelligence in our weapons systems… to give us a competitive advantage. It’s to save lives and help deter war from happening in the first place.”

The term “lethal autonomous weapons systems” was popularized by the Campaign to Stop Killer Robots, which seeks a global ban on all AI weapons. Shanahan made clear his discomfort with formal arms control measures, as opposed to policies and international norms, which don’t bind the US in the same way.

“I’ll be honest with you,” Shanahan said. “I don’t like the term, and I do not use the term, ‘arms control’ when it comes to AI. I think that’s unhelpful when it comes to artificial intelligence: It’s largely a commercial technology,” albeit with military applications.

“I’m much more interested, at least as a starting point, in international rules and norms and behavior,” he continued. “It’s extremely important to have those discussions.”

“This is the ultimate human decision that needs to be made….nuclear command and control,” he said. “We have to be very careful. Knowing …the immaturity of technology today, give us a lot of time to test and evaluate.”

“Can we use artificial intelligence to make better decisions, to make more informed judgments about what might be happening, to reduce the potential for civilian casualties or collateral damage?” Shanahan said. “I’m an optimist. I believe you can. It will not eliminate it, never. It’s war; bad things are going to happen.”

While Shanahan has no illusions about AI enabling some kind of cleanly surgical future conflict, he doesn’t expect a robo-dystopia, either.

“I’m very comfortable saying our approach — even though it is emerging technology, even though it unfolds very quickly before our eyes — it will still be done in a deliberate and rigorous way so we know what we get when we field it,” Shanahan said.

“As the JAIC director, I’m focused on really getting to the fielding,” he said, moving AI out of the lab into the real world — but one step at a time. “We’re always going to start with limited narrow use cases. Say, can we take some AI capability and put it in a small quadcopter drone that will make it easier to clear out a cave, [and] really prove that it works before we ever get it to a

The JAIC is even looking to hire an in-house ethicist of sorts, a position Shanahan has mentioned earlier but sought to clarify today. “It’ll be someone who’s a technical standards

/ ethicist,” he said. “As we develop the models and algorithms… they can look at that make sure the process is abiding by our rules of the road.”

“I’m also interested in, down the road, getting some help from the outside on sort of those deeper philosophical questions,” he continued. “I don’t focus on them day to day, because of my charter to field now, but it’s clear we have to be careful about this.”

“I do not see that same approach in Russia or China,” Shanahan said. “What sets us apart is… our focus on real rigor in test and evaluation, validation and verification, before we field capability that could have lives at stake.” (Sydney J. Freedberg Jr).

“It doesn’t take a rocket scientist to figure out that if Israel’s the only country...

The military will consolidate from dozens of different, often-incompatible counter-drone defenses to just seven —...