Acasă Actualitate Roper says he hopes Congress “will smile on the Air Force for... 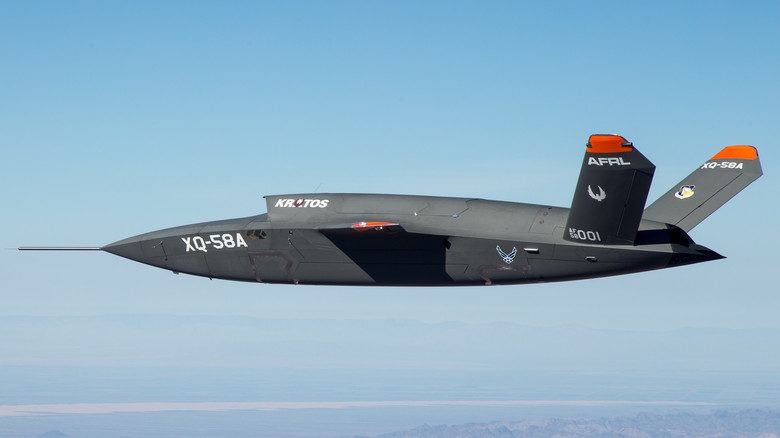 WASHINGTON: Will Roper, Air Force acquisition czar, says his biggest fear as the service moves to create an ‘Internet of Things’ is whether the service can convince a skeptical Congress to pay for it.

“It’s a huge risk to put billions of dollars into digital transformation — you can’t take a picture of it, right?” he told said at a briefing this morning at the Center for a New American Security (CNAS). But, he said, the concept of an Air Force Internet of Things is not “something we made up,” he stressed. “It exists. We just have to clone it, and maybe add a little more security.”

While acknowledging that convincing Congress to fund a somewhat amorphous, software-based modernization programs, such as the centerpiece Advanced Battle Management System (ABMS), is a challenge, Roper waxed hopeful.

View other videos in the Own the Edge series
“I may be crazy hoping it will be viewed well,” he said, adding that he hopes Congress “will smile on the Air Force for breaking out of ‘Platform Land’ and actually putting money towards digital transformation.”

ABMS is seen by the Air Force as the central enabler not just to the service’s Multi-Domain Operations (MDA) operations but also for the four services’ MDO plans, known as Joint All-Domain Command and Control (JADC2) intended to link all DoD sensors to all service shooters.

However, both the House and Senate sounded notes of caution on the effort in their versions of the 2020 National Defense Authorization Act (NDAA). The two sides have yet to reach agreement on a final bill as they battle over President Donald Trump’s desire to transfer military construction funds to his southern border wall project, and his plans for a Space Force.
In its NDAA 2020 report the HASC fretted that the Air Force’s submission “provided limited programmatic details on ABMS. The committee is concerned with the lack of discernible benchmarks to assess and measure progress.” The committee demanded detailed documentation “not later than 180 days” after the Air Force completed its official Analysis of Alternatives for ABMS – an analysis now well behind schedule.

The Senate, for its part, said the ABMS concept was impressive but worried it might take so long to realize that it wouldn’t be ready before the aging Joint Surveillance and Target Attack Radar System (JSTARS) aircraft fleet had to retire. ABMS, in its earliest incarnation, was focused on replacing the JSTARS system.

Roper would not provide specifics on Air Force budget plans for 2021 because the internal Pentagon process has yet to be completed, but stressed that ABMS is a major service priority that will be funded with “sizable dollars.”

“It’s enough money to actually do real stuff, and it’s not tied to any platform. So, ABMS will basically be a competition among existing platforms,” Roper said. “Whoever can kind of make their platform look more like an Internet of Things-type system, you get first dibs to the pot.”

In other words, Air Force program managers will be able to use ABMS funds to help modernize their platforms (whether aircraft or drones or satellites or missiles) to make them digitally compatible with and able to connect machine-to-machine to, other sensors and shooters. Indeed, the aim is to open that competition for ABMS connectivity and dollars to “the Joint Force,” Roper said.
“By having the funding in ABMS enough to do the work,” Roper explained, “we hope that will incentivize people to take the near term risk to get the far term benefit.

As Breaking D readers know, the first of several ‘rolling’ demonstrations to take place every four months of ABMS connectivity is slated for next month. It will link the F-35 and F-22 stealth fighters without giving away their location via what Roper, channeling Hitchhiker’s Guide to the Galaxy, has called a “Babel fish-translator” — a device formally known as Gateway One. During the December experiment Gateway One will be mounted on a pole, but in a later experiment it will be installed in a Skyborg drone, a reconfigured Kratos Valkyrie. The test will also involve a tablet computer on the ground that simulates a solider’s terminal.

Another key ABMS experiment, Roper said, is bouncing off the Air Force Research Laboratory’s (AFRL) so-called Global Lightning program, designed to test how the Air Force can use commercial communications constellations in Low Earth Orbit (LEO). That experiment, he said, will connect a KC-135 to SpaceX’s Starlink constellation (currently 120 satellites.)

The KC-135 test is not the first, however, of how the Starlink satellites might be able to provide data to Air Force platforms. The Global Lightning program, formally known as Defense Experimentation Using the Commercial Space Internet, did some early experiments back in December using SpaceX’s first demonstration satellites, Greg Spanjers, chief scientist of the Air Force Strategic Development Planning and Experimentation office at Wright-Patterson AFB in Ohio, told Breaking D today. Since Nov. 15, the program has been testing Starlink’s compatibility with an AC-130 from Air Force Special Operations Command (AFSOC), he added. That experiment will wrap up on Dec. 17. A KC-135 test will then follow in the spring of 2020.

Again, Roper stressed that technology is not the long pole in the tent for the Global Lightning effort, rather it’s “making sure we put it in our POM, fund it and deliver it.” As it was and always shall be. (THERESA HITCHENS).