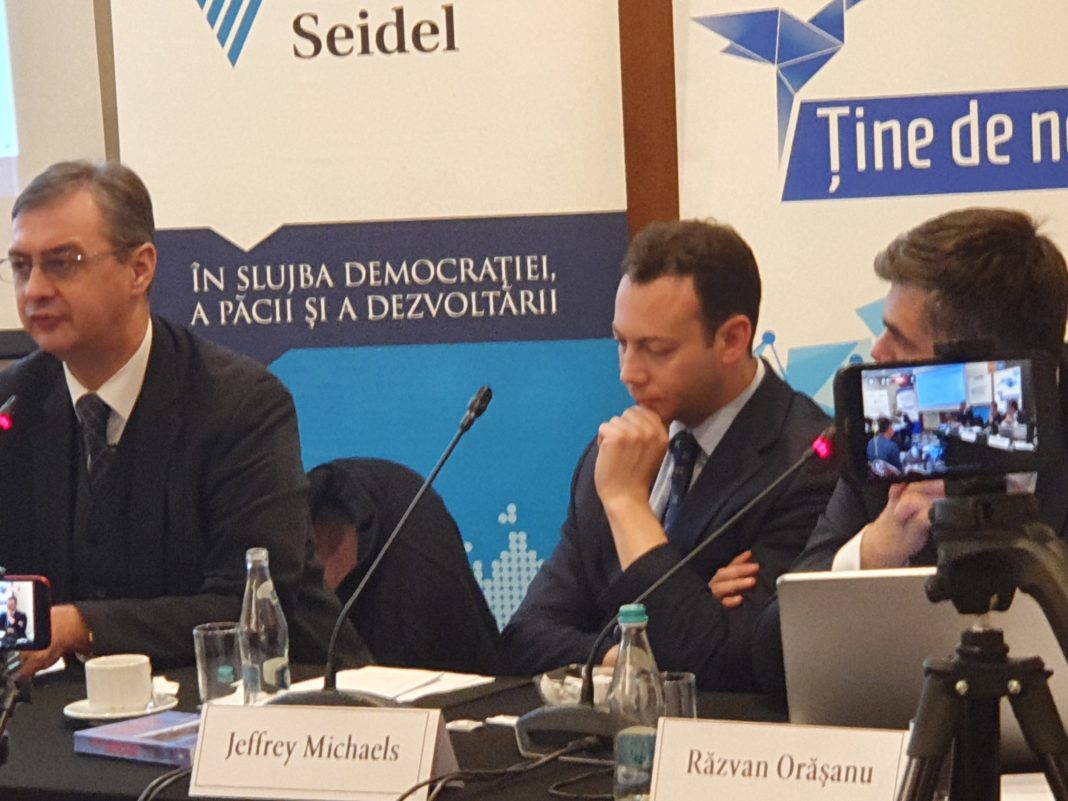 European and transatlantic security architecture in the post-Brexit world

Bucharest, 11th of December 2019
As a Romanian leading research institute in the area of international relations and security studies, the Center for Conflict Prevention and Early Warning extended an likewise complex analysis and exclusive perspective of the international military, defence, security and intelligence team’s experts outcome participating at the Conference and involving

The New Europe before and after Brexit
European and transatlantic security in the post-Brexit world
The New Relation with Russia: Europe vs Russia and the USA vs the Russian Federation
The New Roles in Europe: Will France or Germany take over the Leadership of Europe, or they will divide up and share such markets and interest?
The New Relationship Europe and the USA
The New security challenges on the Black Sea Area
The New integrated world-wide architectures concerning and involving the upcoming of the UK’s major international roles and foreign policies, concerning Europe and Overseas
„ NATO and the new strategic concept. Romania’s priorities”.
the content evaluation of the future NATO strategic concept and the substantial contribution to the national effort oriented at strengthening  Romania’s position regarding the features of the new strategic post-Brexit concepts ”
The forefront of research in the fields of Energy Security, Critical Infrastructure Protection and Security Sector Reform

The conference was necessary and internationally requested in a context where the transatlantic link will have to overcome many obstacles, some of which are new or have become particularly acute. The subjects included on the agenda are the changing nature of the EU itself, following the imminent exit of the United Kingdom, the wave of populism and extremism, the increasingly divergent opinions on Russia and involvement in Eastern Europe, and the impulse of creating a European army.

A dedicated vehicle for “Up to Us” Association, along with Hanns Seidel Foundation – Romania, Wilfried Martens Centre for European Studies and Centre for Conflict Prevention and Early Warning agenda regarding the security and stability in a complex and dynamic changing transatlantic environment.

This conference of transatlantic interest brought together European security and defense officials (the UK, Germany, Ukraine, Romania, and Moldova) as well as some guests from the United States and will strengthening trilateral relations between Ukraine, Romania and Republic of Moldova in the new geopolitical context.

Britain’s impending withdrawal from the EU raises important questions on the future of EU – UK security cooperation, on whether the EU will choose to enhance its military side of its close collaboration. Britain will have to redefine its role in this security architecture and NATO might redefine its footprint as a result of Brexit. For countries like Romania, this might mean a subtle difference in the cross-currents advocating for a Euro-centric vs. those advocating for a transatlantic (i.e. US – strong) military component.

To be very concrete, when Russian jets were scrambled close to Romania’s airspace several times recently, more likely than not it was Royal Air Force, Canadian Air Force and US planes taking to the skies in return. After Brexit, the domestic call on public finances on issues such as housing and healthcare or propping up the economy might take precedence and the relationship with EU countries, especially second wave accession countries such as Romania might be different. Romania needs a strong relationship with the UK and this relationship needs to be redefined in the post-Brexit world. There is also an important trans-atlantic component to this relationship in view of Romania’s strategic partnership with the United States and its playing host to key military infrastructure.

The main objective of the conference: teasing out these issues and answering a few questions:

The Defence and Security Monitor-MediaFax Group

“What I hope industry will see in ABMS is a pot of money for connecting...

Over the next few years, attacks against critical infrastructure will continue to be a primary...