INCISIV National
Acasă Actualitate ABL’s planned timeline would see the vehicle integration of the RS-1 this... 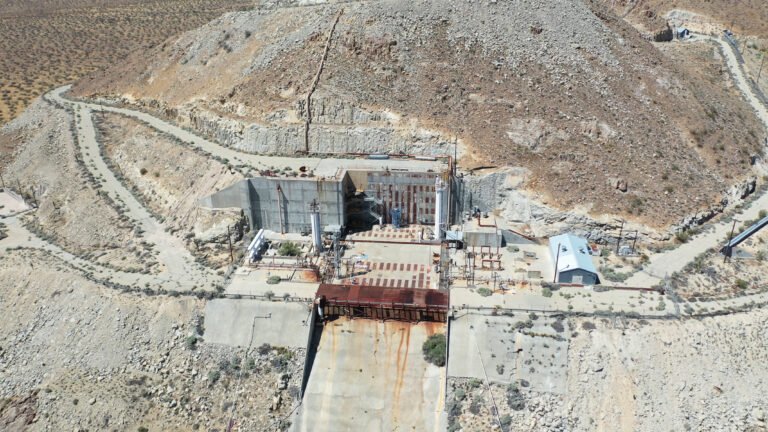 AFRL’s High Thrust Rocket Research facility at Edwards AFB, California, is one of only four stands in the United States capable of managing 10 million pounds of thrust.
WASHINGTON: The traditional image of a rocket launch involves looming gantries, big concrete pads, sprawling bases and it’s all fixed in place. Which can make places like Vandenberg Air Force Base very tempting targets in wartime.
To complicate that otherwise simple calculus, the Air Force Research Laboratory is teaming with California startup ABL Space Systems to investigate launching satellites from remote and inhospitable areas, as well as rapid manufacturing techniques that could see rockets delivered almost on-demand.
The Cooperative Research and Development Agreement (CRADA) with ABL for testing of its truck-launched RF-1 rocket addresses concerns that an adversary would target the handful of fixed launching sites in the US. It also bears relevance to Air Force, and presumably now Space Force, interests in injecting resiliency and into the vulnerable national security space architecture.
“Greater flexibility of development and launch capabilities provide significant military advantages to the Air Force mission,” AFRL said in a statement.
If the CRADA agreement proves beneficial, “ABL could be a provider of a new capability” to the Air Force and/or Space Force, Nils Sedano, technical advisor of the liquid engines branch at AFRL’s Rocket Propulsion Division at Edwards AFB, told Breaking D in an email.
The Air Force “is obtaining technical test data of their propulsion and vehicle developments and being able to use it to further investigate the implementation of Additive Manufacturing upon Rocket Propulsion systems,” he explained.
Data gathered by AFRL will, he said, further expand “on Rapid Launch and Austere Launch operations to better quantify the technical challenges, identify technology areas for the Lab to address, and develop smarter requirements for future acquisitions.”
AFRL has a long history of experimenting with both small satellite payloads and launch-related technologies. Indeed, Sedano noted that AFRL has a number of CRADA agreements related to providing assured access to space. Once upon a time, more than a decade ago, there was an effort known as Operationally Responsive Space, of which this is a clear descendant.
The three-year CRADA agreement was signed in July, but only announced earlier this month because ABL wanted to ensure that testing was moving smoothly, Sedano said. ABL since November has been using AFRL’s facilities to test engine components — such as turbopumps — thrust chambers and vehicle stages. AFRL, in turn, “providing expertise (e.g. component design, testing operations), and doing additional simulation and experimentation (think laboratory analysis of propellant, etc.) as well as system level analysis of the overall launch architecture,” he said.
AFRL also has the option to extend the CRADA beyond the initial three-year period.
ABL was founded by CFO Dan Piemont and a number of former SpaceX engineers in 2017 to develop low-cost launch vehicles for the small satellite industry. The primary aim of the company is the commercial launch market.
The company advertises a launch price tag for payloads three-times lower than current costs for payload below 2,000 kilograms. ABL promises a price of $10,000 per kg for launch to a 200 kilometer orbit; $13,714 per kg to a sun-synchronous Low Earth Orbit (LEO, below 2,000 kilometers). Sun-synchronous orbits put a satellite in constant sunlight, which allows the solar panels to work continuously, and also pass over a given spot on Earth at the same time every day so are optimized for Earth imaging, intelligence and weather satellites.
In July, ABL received an undisclosed investment from Lockheed Martin Ventures, the mega-defense contractor’s in-house venture capital unit. “It is clear that space has become a contested environment,” Rick Ambrose, executive vice president of Lockheed Martin Space, said in a press release at the time. “We recognize the growing importance of on-demand and flexible launch options as part of a suite of solutions necessary to counter this and other growing challenges.”
ABL’s internal timeline for RS-1 development would see the vehicle integration of the RS-1 this quarter, with a test launch in the third quarter of this year and the first commercial launch sometime after the end of the year. The company did not return a request for comment by press time about whether the planning goals are being met, or whether the company hopes the Air Force — or the Space Force — will partner in actual launch. To be clear, AFRL is a testing laboratory, so any launch contract would need to come from elsewhere. (THERESA HITCHENS).

Electric power propulsion is a better solution for clandestine missions in river and near-shore environments,...

While the pandemic continues, Pentagon metrics show production on Army programs is returning to normal,...

France has ramped up activity in the region in accordance with its 2019 Indo-Pacific strategy.