Acasă Actualitate The Air Force has set Feb. 12-13 at Hanscom AFB in Massachusetts... 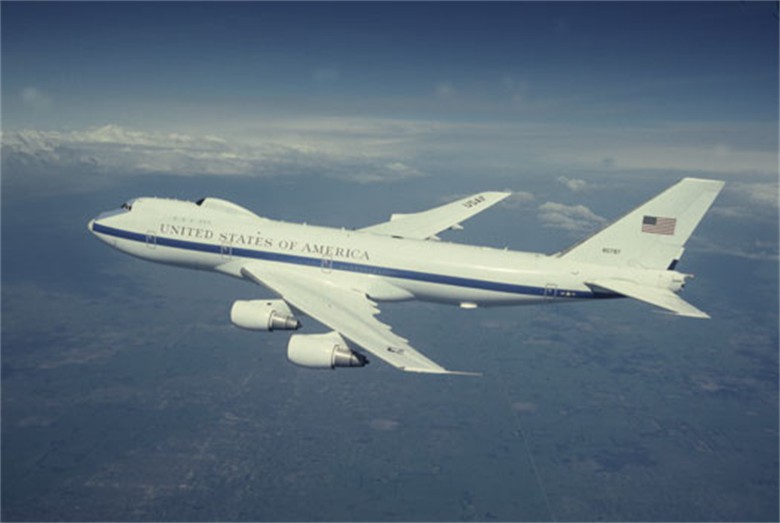 E-4B “Doomsday” plane
WASHINGTON: The Air Force intends to issue the first contracts for replacing the venerable E-4B “Doomsday” plane in 2021, with a budget of $76.4 million — more than six times the $12.7 million approved by Congress in 2020.
Service budget justification documents (look at PE 0604288F) show a five-year funding plan of $634.6 million for recapitalization of the services four E-4B National Airborne Operations Center (NAOC) aircraft that provide airborne nuclear command, control and communications (NC3) in the event of a nuclear war or another major catastrophe destroying ground-based NC3 infrastructure. Those aircraft, which also keep the Defense Secretary connected when traveling overseas, date to the 1970s and are based at Offutt AFB in Nebraska. Donald Rumsfeld tried to shutter the fleet back in 2006 but there just aren’t other aircraft capable of doing what the E-4B can.
DoD’s Cost Assessment and Program Evaluation (CAPE) office launched an analysis of alternatives (AoA) last year “to assess mission sets and platforms across E-4B (NAOC), C-32A (Executive Airlift), and the Navy’s E-6B (ABNCP/TACAMO), known as the ‘NEAT’ AoA.” That study is expected to be completed this year.
The NEAT AoA stemmed from earlier studies, launched in 2015 by the Joint Staff, about how to modernize the aging NC3 airborne fleets maintained by the Air Force and the Navy. Those studies focused on potential synergies in efforts to recapitalize the E-4B; the Navy’s E-6B Mercury that provides C2 for nuclear submarines; the VC-25 currently used as Air Force One; and the C-32A, a souped-up Boeing 757 used for DoD executive transport. As a result, DoD began contemplating merging the E-4B and E-6B aircraft into a single new fleet, a concept called the Survivable Airborne Operations Center (SAOC.)

C-32A executive jet interior
On Dec. 4, the Air Force announced it would hold an industry day in February for the ‘SAOC Weapons System’ — explaining that this “new, cost-effective, commercial derivative aircraft” would replace the E-4B. This is to include new mission systems, including a modern communications subsystem, networks subsystem, and advanced command and control (C2) subsystems.
That announcement was updated Feb. 6, setting Feb. 12-13 as the date for the industry meetings at the MITRE Complex at Hanscom AFB. The announcement also offered interested firms a classified draft systems requirements document (SRD) for their feedback.
The Air Force intends to “complete required documents and activities necessary to issue a Request for Proposal (RFP) to begin recapitalization of the E-4B platform. Issue solicitation to industry for the award of up to two contracts as part of phase one of a two phased down-select acquisition strategy,” according to the budget documents.
The RFP will be followed in 2021 with “competitive contract awards” for pre-engineering, manufacturing and development (EMD) activities such as working with the government to develop a complete SRD, and risk reduction studies including for electro-magnetic pulse (EMP) hardening.
Meanwhile, the Air Force has budgeted $9.9 million in 2021, and a total of $40.2 million through 2024, under PE 0401310F “C-32 Executive Transport Recapitalization” to help finish the NEAT AoA. The documents note that this funding also “continues establishment of the Program Office and matures the development of the acquisition strategy. Funding also supports cost/performance trade studies and risk reduction activities.” (THERESA HITCHENS).