INCISIV National
Acasă Actualitate After a long internal debate, Israel’s military has decided to buy both... 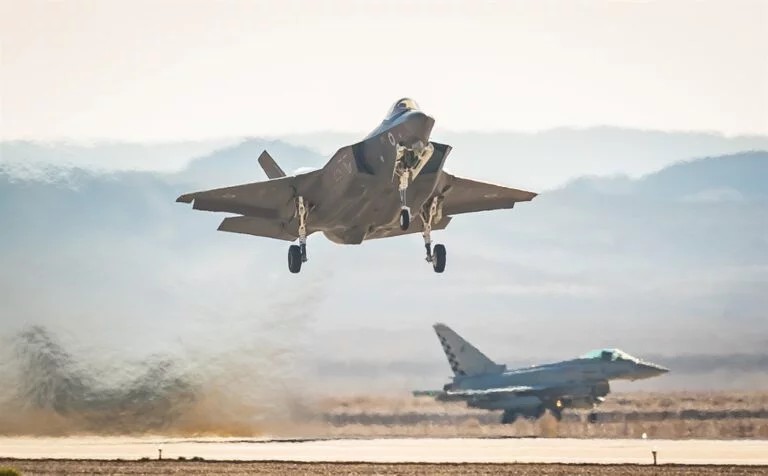 The Israeli Defense Forces (IDF) general staff’s decision reflects the scope of missions the IAF will have to deal with in any major confrontation, especially one with Iran. Sources close to the issue say that, while the F-35’s stealth and advanced sensors are essential for some situations, in later phases of combat Israel will need other aircraft, ones with advanced avionics that can operate in conjunction with the F-35 and carry heavy loads of weapons. Israel has developed a variety of such weapons and the source that talked with Breaking Defense said, “we need a heavy truck for these systems.” That truck would be the F-15.

Eitan Ben Eliyahu former commander of the IAF, told Breaking Defense that the F-35 will add two main capabilities to the IAF: “The stealth is one major capability especially in our region, where enemy countries are operating huge numbers of ground-to-air weapons. The second capability is the one that allows this aircraft to receive and distribute all kinds of combat data from a long list of sensors. This is very important for an air force that is performing combat missions almost continuously.”
So far, Israel has signed contracts for 50 F-35s. The plan is to buy 25 more. That was the desired size of the F-35 fleet when the IAF decided to buy the stealth fighter. SO Are THE 25 MORE THEY ARE BUYING A SURPRISE?
The IAF plan is to upgrade its existing fleet of F-15I’s to the level of the IA variant. This will add to the budget burden.
The voices for the purchase of more F-35 were based on its capability to gather and share intelligence. “With the threats Israel faces this capability is essential,” one of the sources said. Last year the IAF’s F-35 participated in a massive exercise and proved their capability to serve as “targets generator” for other fighter aircraft.
One of the main scenarios is attacking targets protected by Russian made S-300 and S-400 surface – air missiles. The F-35’s participated for the first time in such an exercise, designed to penetrate the northern sector, and proved their worth. The F-35 is the only aircraft designed with a requirement that it be able to defeat advanced Russian SAM systems, like the S-300, which are operational in Syria. The IAF did not explain why the exercise simulated areas protected by the more advanced S-400, like the ones purchased by Turkey. One explanation may be based on Turkey’s declaration that it might deploy the S-400 near its border with Syria.
Israeli sources said that the S-400 may be rushed to the area “under certain circumstances” and that is the reason that the pilots are being trained against it. Those sources added that the current dispute about the gas reservoirs in the Mediterranean has the potential to cause “major confrontations”.
Another scenario is of the IAF suppressing salvos of missiles launched by the Hezbollah in Lebanon, which has an arsenal of some 140.000 rockets, some with very heavy warheads. According to Colonel A. from the IAF: “The enemy is capable of launching big salvos of rockets. Our mission is to strike even before a single rocket is launched.”
The two aircraft will be equipped with some Israeli developed systems. The F-15IA will carry more of these, as access to its baseline systems is easier. The F-35’s advanced electronic warfare systems, security systems and other sensors are heavily protected by the United States.
The decision to buy both airplanes is surprising as the big deficit in the Israeli national budget makes it hard to finance such a big acquisition plan.
The Lockheed Martin F-35 test aircraft will be delivered to the Israeli Air Force (IAF) later this year together with six additional aircraft part of the 50 under contract. So far twenty aircraft have been delivered.
The IAF has prepared a list of weapon systems and “functional” systems that it intends to test on special F-35 test aircraft to be delivered this year. It was built according to specifications that took two years to prepare.
The aim of the special aircraft is to help test Israeli-developed systems to the IAF’s F-35’s. “All our platforms have been upgraded to enable stretching the flight envelope while using the unique weapon systems made by the Israeli industries,”an IAF officer from its flight test center said.
The test aircraft will enable the flight test center to enhance the capabilities of the F-35 (Adir) in air-air and air-ground missions using the highly classified systems developed for this purpose in Israel.
Some of the Israeli defense companies have been busy adapting unique electronic systems and weapon systems that fit the operational requirement of the IAF. The Israeli companies that are developing systems for the IAF’s F-35’s are reluctant to provide any details about the systems under development, but sources say the focus is on special air-to-ground systems and systems that can enhance the F-35 capabilities as a “knowledge center” for other forces in the air, on the ground and at sea. (ARIE EGOZI).

Despite a heavy-handed military presence at earlier protests, there were no troops in evidence at...

A new training network will simulate the effects of weapons — from mortars and grenades...