Acasă Actualitate Jack McMorrow, 14, awoke in agony, with heart failure. His case may... 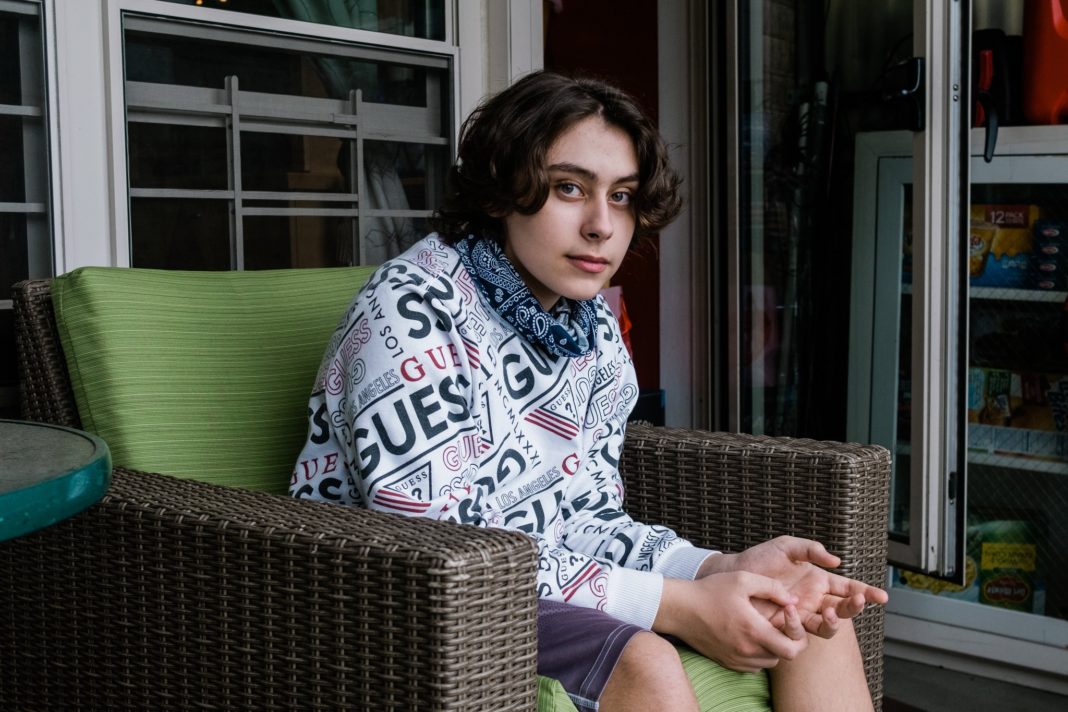 Jack McMorrow, 14, was hospitalized for heart failure from a severe inflammatory syndrome linked to the coronavirus.Credit…Gabriela Bhaskar for The New York Times.
Pam Belluck
When a sprinkling of a reddish rash appeared on Jack McMorrow’s hands in mid-April, his father figured the 14-year-old was overusing hand sanitizer — not a bad thing during a global pandemic.
When Jack’s parents noticed that his eyes looked glossy, they attributed it to late nights of video games and TV.
When he developed a stomachache and didn’t want dinner, “they thought it was because I ate too many cookies or whatever,” said Jack, a ninth grader in Woodside, Queens, who loves Marvel Comics and has ambitions to teach himself “Stairway to Heaven” on the guitar.
But over the next 10 days, Jack felt increasingly unwell. His parents consulted his pediatricians in video appointments and took him to a weekend urgent care clinic. Then, one morning, he awoke unable to move. (Gabriela Muntean).

“Basically, if that’s where the bulk of the data is, then we will work where...