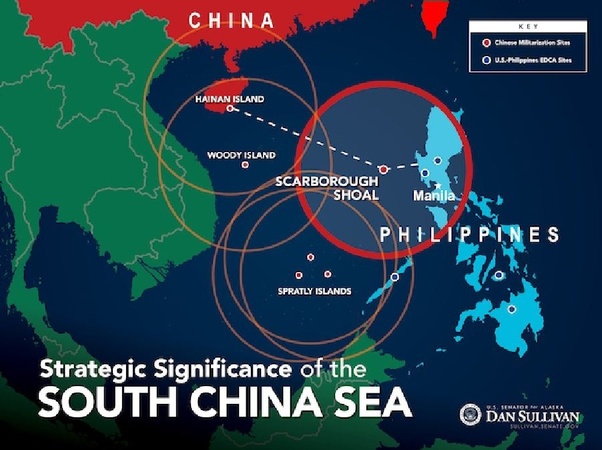 If they succeed, American military supremacy will erode further, inviting aggression from adversaries and decisively undermining American security.
Even as many Americans huddle in their homes to avoid the coronavirus, our adversaries have continued to use military power to test and undermine the United States. Since the crisis began, Moscow has sent bombers to probe American air defenses near Alaska. China escalated its belligerent activity in the South China Sea. Iran has harassed U.S. naval vessels in international waters. North Korea launched a barrage of missiles. Hackers have pummeled defense networks and suppliers with cyberattacks. All the while, terrorists have continued attacking U.S. and partner forces in Iraq and Afghanistan.
Authoritarians and terrorists apparently did not get the memo that they were supposed to play nice during the pandemic. They clearly still believe they can advance their interests and undermine ours with the employment of cyber and kinetic military power.
Despite this, opponents of defense spending may cite the economic consequences of COVID-19 — huge deficits and ballooning national debt— in an effort to slash the Department of Defense’s budget. If they succeed, American military supremacy will erode further, inviting aggression from adversaries and decisively undermining American security.
To be clear, the United States did not find itself in this tenuous position overnight. America’s military edge has been eroding for years. For many years after 9/11, Washington repeatedly failed to provide the Pentagon with the timely, predictable and sufficient funding necessary to maintain current readiness and modernize its forces.
When confronted with this difficult choice, defense leaders were often forced to postpone vital weapon modernization research and development programs to resource and support the next units to deploy.
Meanwhile, Beijing and Moscow studied how the United States fights wars and undertook comprehensive efforts to modernize their weapons and revamp their operational concepts.
So, by 2018, the military balance of power had shifted so significantly that the National Defense Strategy (NDS) Commission — a group of bipartisan national security experts not prone to hyperbole — sounded the alarm. “The security and wellbeing of the United States are at greater risk than at any time in decades,” they warned. “America’s military superiority—the hard-power backbone of its global influence and national security—has eroded to a dangerous degree.”
Thankfully, the U.S. has now emerged from what the 2018 National Defense Strategy called a “period of strategic atrophy” and taken concerted action. With increased defense funding in the last few years and a focus on great power competition, the Department of Defense is undertaking the most significant U.S. military modernization effort in decades.
In order to win the intense military technology competition with Beijing and others, the Pentagon is focusing its research and development on artificial intelligence, biotechnology, autonomy, cyber, directed energy, hypersonics, space and 5G. Simultaneously, the Pentagon and combatant commands are working to develop a new joint concept to employ these new weapons.
Despite these positive efforts, U.S. military supremacy has continued to erode.
Consider Indo-Pacific Command’s report submitted in March warning that the military balance of power with China continues to become “more unfavorable.” The United States, it said, is accumulating “additional risk that may embolden our adversaries to attempt to unilaterally change the status quo before the U.S. could muster an effective response.”
This is because America has not yet deployed most of the weapons and capabilities it has been developing and is still crafting its new joint warfighting concept. To be sure, each of the U.S. military services are sprinting to field key systems, weapons, and capabilities in the next few years. But the Chinese Communist Party and its People’s Liberation Army are sprinting too, and there is no time to waste.
The bipartisan experts on the NDS Commission recommended that “Congress increase the base defense budget at an average rate of three to five percent above inflation” in the coming years. If Congress ignores its own commission and slashes defense spending, U.S. military supremacy will continue to erode and could eventually disappear.
The far left and libertarians often respond to such arguments by emphasizing the size of the U.S. defense budget. What they fail to mention is that U.S. defense spending, measured either as a percentage of gross domestic product or a percentage of federal outlays, is near post-World War II lows.
That doesn’t mean assertive congressional oversight is not needed; there is certainly room for improvement at the Pentagon. Indeed, defense leaders must continue to ruthlessly establish priorities, eliminate waste, and implement efficiencies—while credibly demonstrating tangible stewardship to Congress and taxpayers.
One should not dismiss the severe economic impacts of the coronavirus. The Congressional Budget Office has highlighted the potentially dire consequences for the federal deficit and debt. But Medicare, Medicaid, and Social Security’s mandatory spending — not discretionary defense spending — is the primary driver, by far, of fiscal unsustainability.
If the American people and their representatives in Congress provide the Department of Defense sufficient resources over the next few years, the U.S. military will be able to complete and field vital modernization programs. This will ensure U.S. troops have what they need and will enable the United States to re-assert the military superiority that has been so beneficial to peace, prosperity, and security.
The coronavirus has certainly demonstrated the need for better domestic health security programs and has delivered a body blow to the U.S. economy. But if political leaders respond by slashing the Department of Defense’s budget, Washington risks making American military superiority yet another casualty of the coronavirus.
Bradley Bowman, former advisor to Sens. Todd Young and Kelly Ayotte, is senior director of the Center on Military and Political Power at the Foundation for Defense of Democracies. (Daniel Niculae).

“The AI technology behind this enabled the US Navy to quickly and seamlessly examine tens...

Raytheon Intelligence & Space is pioneering the power of 5G technology for the U.S. Air...