INCISIV National
Acasă Actualitate Roper expects GBSD, B-21 and F-35 to migrate parts of their development... 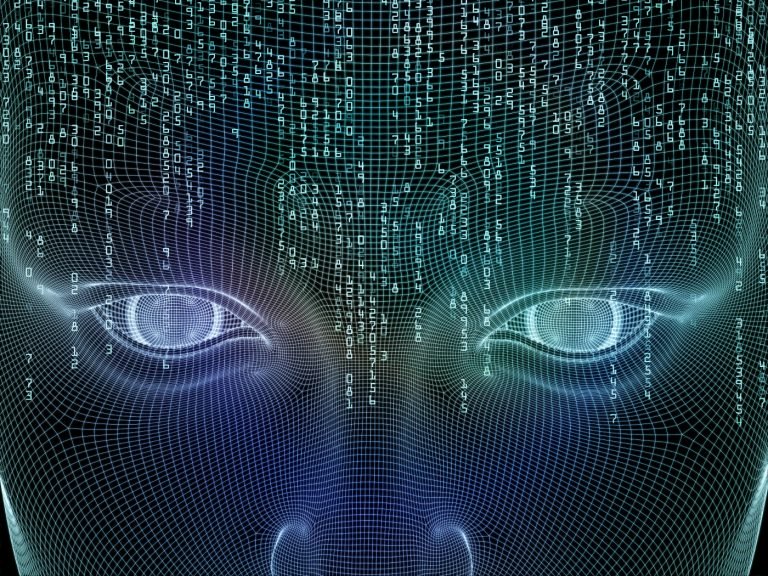 Air Force acquisition czar Will Roper says he is considering taking over DoD’s artificial intelligence (AI) experiment, Project Maven, to make it operational while the service pushes its own AI capabilities into the field.

“I was just speaking with USDI today about the potential of transitioning Maven over to the Air Force and making it an operational reality day-to-day,” Roper said.

Project Maven begun in 2017, was designed to put machine-learning to work to sort through the masses of intelligence, surveillance and reconnaissance (ISR) data generated by DoD and Intelligence Community (IC) platforms. It has been a bit controversial, with Google pulling out of the effort in 2018; and the head of Air Combat Command head Gen. Mike Holmes saying he didn’t believe it was ready for prime time.

Roper explained that the Air Force was best positioned to take on Project Maven because of its progress in standing up capabilities under its Advanced Battle Management System (ABMS) family of systems, each dubbed with the prefix ONE. This includes the cloudONE for remote data storage, processing and access; platformONE for securely building software; the dataONE library; and the deviceONE that allows secure remote access to classified data.

Via the ABMS effort, which is the Air Force’s flagship for enabling Joint All Domain Command and Control, the Air Force has been able to build the “AI infrastructure” that allows an AI system to actually do analysis, Roper stressed.

“That boring part, the AI infrastructure, is what has been critically absent in the Department, and we are finally doing it in the Air Force,” Roper said. “So cloudONE, platformONE,  dataONE — this family of ONE systems — builds a tech stack that really is about getting data in proper custody so that analytics can be built on top of it and we can finally go do AI at scale.”

The key, he said, is “data curation and custody, so that that data is discoverable by analytics algorithms that are able to assess its import to different missions, and then push it to the machine, without having to have people be inside the loop.” And that, of course, is what Project Maven focused on, the algorithms.

Roper said the Air Force already has an “AI at scale operational today with the Distributed Common Ground System” as well as one being used for “predictive maintenance” that the service hopes have in use for 16 different assets within the next 18 months.

The DCGS family of systems, an effort that began way back in 1998, is DoD’s flagship capability for providing daily processing, exploitation and production of analysis from DoD to ISR platforms. Predictive maintenance is using AI to figure out what parts of a weapon system or platform are likely to break next, to ease and speed logistics planning.

In both these instances, he explained, the environment is benign. That won’t be so on the battlefield, where adversaries will be attempting to hack and spoof US AI systems — something that he says is all too easily done today.

“It’s harder than meets the eye to try to teach an algorithm to know that something is messing with them,” he said. “They inherently trust their data.”

“I think there is this belief that that AI will just churn through it — throw enough data at it and everything will be okay — and that’s not the case,” he elaborated. “We need another generation of this technology.”

Thus, for the moment, the best solution is for humans and machines to work in tandem — as the Air Force is looking to do with the Skyborg project and the development of an AI co-pilot Roper has nicknamed R2D2. “We need to be pairing our AI with people,” Roper stressed.

Still, Roper is enthusiastic about the progress made by the ABMS effort toward AI, including working with Northern Command on its response to COVID-19 — helping predict where pandemic hot spots might arise.

“We’re excited that we have that first taste of AI changing operations,” he enthused. “That AI flag has now been planted for the department. We have seen a future that only silicon was able to see; the human brain was not. If we can get that out onto the battlefield and use the ABMS event in September as our stepping stone, then what a wonderful step towards getting our department and our military away from thinking of itself primarily in terms of the platforms that produce data, and rather instead of the insights that are created by that data, many of them being created by AI,” he said.

(The Air Force is planning the second “ABMS OnRamp,” to follow the debut field demonstration in December, for the first week of September. As Breaking D readers know, that second exercise will feature a scenario centered on Space Command operations.)

Roper also waxed enthusiastic about the recent decision by the Joint Artificial Intelligence Center (JAIC) to move its development operations to cloudONE. They are not alone, he said.

“I believe that portions of the Aegis Weapon System, and the F-18 are also using cloudONE for development,” he said.

The Air Force has “put a ton of effort into getting it certified at the various security levels, classified to critical unclassified information,” he added. CloudONE now can be used with secret-level and Top Secret/Special Access Program (TS/SAP) level data, and Roper said that by the end of June it will be certified for use with Secret/Special Access Program level data.

This makes it available to software developers across security levels, and opens the door for use by more Air Force weapons development programs, he explained.

For example, Roper said that the Ground-Based Strategic Deterrent Program (GBSD) “will absolutely be using cloudONE and platformONE for its development.” And, he said, in talking with the F-35 program office he expects “they will do some portion of their development” using cloudONE.

Further, he said the highly classified B-21 bomber program will be “moving in at the right point for them.” He noted that prime contractor Northrop Grumman has just demonstrated the use of Kubernetes — a software development technique that helps manage multiple “containerized applications” (i.e. with its own operating system) across multiple machines in a secure manner — on flight-ready hardware. Indeed, he noted, the B-21 program involves an initiative called DevStar that is trying to establish an autonomous testing capability.

An Air Force spokesperson said in a statement that DevStar is “an Air Force initiative to use modern software development paradigms to rapidly deliver software to weapon systems while continually meeting safety, security, airworthiness and other compliance requirements that traditionally are performed in serial.” The Air Force website on the initiative shows it is trying to go beyond DevSecOps that seeks to build IT security into software upfront — to include super-high security and safety  measures that will allow use in developing highly classified nuclear weapons-related systems.

“And you’re gonna keep seeing more of the Air Force move into this,” Roper said. “You will hear people use terms like Agile Development and DevOps and DevSecOps — they are not all the same. The tech stack underneath that is producing the software matters.”

PlatformONE, he said, is one critical tool in producing software for the Air Force. “It is what is automating all those things that we have people doing today and people doing them in serial,” he said. And, he added, the use of platformONE and cloudONE in combination is “magic” that allows the sharing of software code across weapon systems development programs.

“One of my ambitions for this year is to have code that’s been written for, say, B-21 run on F-16 and vice versa, and not have any humans check it in between.” (D.N.).