INCISIV National
Acasă Actualitate The Army Futures commander is making a list of which of the... 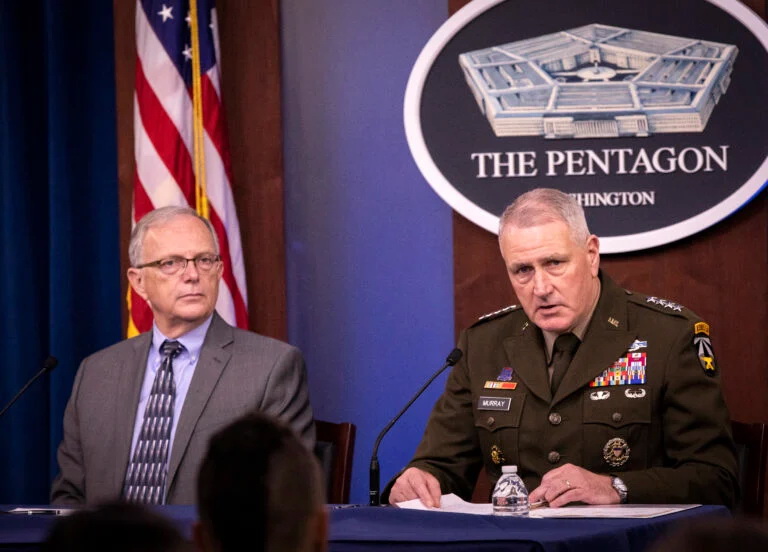 The Army Secretary and Chief of Staff approved a draft spending plan for 2022-2026 yesterday that funds all 34 of the service’s top-priority programs, the Army’s modernization chief said this morning.

But with the ever-growing cost of COVID looming over the economy and the Pentagon alike, Gen. John “Mike” Murray says he’s already made a mental list of which of the 34 the service might have to slow down or sacrifice and which ones it absolutely has to save.

“I have a one-to-N list in my mind” of the 34 programs, Murray told an Association of the US Army webcast this morning.

“That’s only in my mind, right now,” he emphasized. “It’s pre-decisional.”

In other words, it’s not final, it’s not official, and it’s not ready to share with the public. All that said, however, it’s still a telling sign of uncertain budget times that the four-star chief of Army Futures Command not only has such a list, but is willing to say he has it.

Meanwhile, Murray’s chief civilian partner, Assistant Secretary for Acquisition Bruce Jette, has launched a long-term study of the Army’s economic prospects. In effect, Jette’s looking at the supply side, asking how tight the budget will be, and Murray is looking at the demand side, asking what the Army should prioritize within that tight budget.

Beyond The 34: “Critical Enablers”

Gen. Murray is also looking at the Army’s 684 other programs, he said, to determine which of them can be cut – while some have been slashed already to free up funding for the 34, others are so far unscathed – and which are essential to the top-34’s success.

“We can come up with, you know, the most impressive Next Generation Combat Vehicle in the world,” Murray said. “If you can’t get fuel to it, then you’re wasting your time.”

Fuel is just one, particularly knotty logistical problem. Ultimately, Murray wants to reduce Army fuel demands by moving to hybrid diesel-electric motors. While electric power by itself might work for civilian cars, he said, he’s skeptical the Army can charge batteries in combat, or that any practical amount of batteries can store enough energy to move, say, a 70-ton main battle tank. Likewise, while civilian quadcopters can run off batteries, the Army’s new scout helicopter, the Future Attack Reconnaissance Aircraft, requires a high-powered turbine.

So for decades to come, the Army will need fuel trucks, storage bladders, pumps, drums, hoses, and so on. And that’s just for the gas. Both current and future combat systems require a staggering array of spare parts, repair tools, maintenance facilities, and more.

Logistics is historically a US strength, but it’s not a major focus of the 34 priority programs, which range from hypersonic missiles to smart rifles, from tanks to aircraft to robots. Besides weapons, the 34 do include a lot of high-tech information-age infrastructure, both to train the troops in virtual and augmented reality, and to share tactical data like target locations across the battlefield. There has not, however, been nearly as much emphasis on supporting functions such as fuel, maintenance, and transport.

Murray now aims to fix that. Starting with a study by the Combined Arms Center at Fort Leavenworth, he said, the Army has come up with a list of “18 key critical enablers that are getting funded,” Murray said, again without naming them. Murray’s calling the 34 priority programs “Tier One” and the 18 enablers “Tier Two,” he said. “Then tier three is ammo,” he added.

The general didn’t elaborate, but certainly a high-tech tank or aircraft can’t fight without ammunition, just as it can’t move without fuel. The catch is that, in modern warfare, you’re not just buying rifle bullets and cannon shells, but a host of precision-guided munitions that are much more expensive to stockpile in bulk for a major war.

Even once the Army has figured out which weapons, support systems, and ammunition it can afford to buy, it still won’t be able to buy enough of them to equip every unit at once.  The service’s recent AimPoint study, Murray said, focused on figuring out which units around the world need to be modernized first and which will have to wait.

“The whole point behind AimPoint was an understanding that you can’t modernize the entire army overnight, or in a year, or really even in a decade,” Murray said. As a young officer, he recalled, his unit had M60 tanks and M113 transports “while the rest of the Army was running around in M1s and Bradleys.” While he doesn’t to return to the extreme disparities of the past, he said, “somebody has to be first and somebody has to be last.” (Sydney J. Freedberg Jr.).