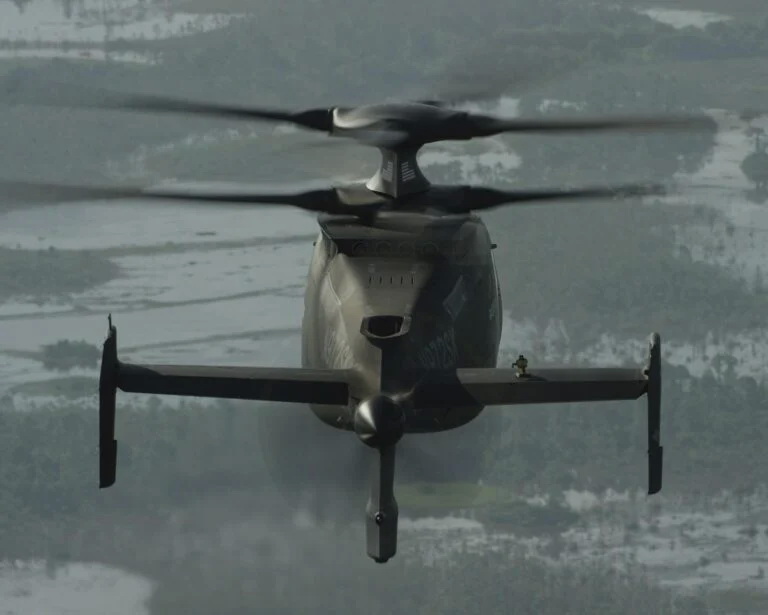 Fifteen years ago, Sikorsky, a Lockheed Martin Company, set out to make helicopters faster – much faster. The small team foresaw the military’s vertical lift needs and began to develop a uniquely integrated set of rotorcraft technologies named X2 that could be applied to the Army’s aviation mission.

Steve Weiner was part of that original team and is now Chief Engineer on Sikorsky-Boeing’s SB>1 DEFIANT program. “When we decided to go ahead with the X2 Technology helicopter family, the idea was to maintain all of the helicopter attributes, but expand the operational envelope,” recalls Weiner. “So, we decided to make them fly faster, farther, maneuver at higher G levels than a conventional helicopter and give them the ability and tools to perform missions that current helicopters just can’t do today.”

The U.S. Army has long desired helicopters with terminal area maneuverability and agility, but with the higher speeds and longer ranges of an airplane to support a variety of military missions to address known and emerging threats. It’s now working to materialize those desires through the Pentagon’s Future Vertical Lift (FVL) program. Sikorsky’s investment in X2 Technology™ aims to provide the Army (through the FARA and FLRAA programs) with revolutionary improvements in capability, including speeds in excess of 250 knots performed in tandem with nimble combat maneuverability – significantly improving its ability to survive on modern and future battlefields.

X2 consists of an integrated package of technologies — counter-rotating rigid rotor blades, fly-by-wire flight controls, hub drag reduction, active vibration control and an integrated auxiliary propulsion system — that can be incorporated into a variety of helicopters designed for reconnaissance, attack, air assault, troop transport and medevac missions.  FARA and FLRAA will remain affordable. Using the digital thread, Sikorsky has designed out most of the high maintenance drivers in the fleet and tested the X2 designs in a virtual 3D environment in addition to thousands of hours in their Systems Integration Labs (SILs). Using new manufacturing techniques, on board diagnostics and a conditions-based sustainment approach, as well as the digital thread, Sikorsky is reducing the life cycle costs to own and operate FARA and FLRAA.

The company viewed the development of these technologies as much more than a theoretical exercise. Since launching the X2 Technology program, Sikorsky has led the investment, design, construction and flight test of three X2 aircraft.

With X2 Technology, Sikorsky will provide a fast and revolutionary helicopter that marks a departure point from traditional helicopters by increasing their reach, survivability, lethality and sustainability – and providing unmatched growth potential to adapt to the military’s changing needs. X2 Technology provides improved hover performance, rapid maneuverability and crisp control response due to the rigid rotor, while also maintaining the performance expected of helicopters at low speeds. The technology itself is simple in design and will be easily affordable, maintainable and sustainable for the future force.  The introduction of the digital thread into the initial design forms the basis of the FVL life cycle sustainment approach by weaving design, production, upgrades, training, maintenance and sustainment seamlessly into the life cycle of the weapon system. This approach not only preserves resources, but also creates a digital aircraft twin, extends maintenance free operating periods (MFOP) and enables advanced analytics and onboard diagnostics with embedded decision tools to increase aircraft availably in mature and austere environments.

Increased terminal area agility and threat response/avoidance is significantly increased with this design as well. This ability to fly fast at low altitudes, with a high level of maneuverability, results in increased survivability and capability for the ground maneuver commander.

The unique benefits of X2 Technology are impressive:

Bill Fell, an experimental test pilot at Sikorsky, has been a part of the flight test program for both RAIDER and DEFIANT. He describes the capabilities of the X2 Technology suite as revolutionary and truly game changing.

“The rigid rotor really is impressive, in terms of the crispness that it provides the pilot and the sense that the pilot gets to really be in tune with the machine,” says Fell. “As you roll into a turn, you’re able to snap it to quickly to the roll attitude that you want. It handles more like a high-performance jet fighter.”

The SB>1 Defiant is put through its paces in flight test.

Sikorsky’s approach to FVL delivers a low risk, mature approach to the Army’s requirements and the team remains laser focused on this effort. Both the S-97 RAIDER and SB>1 DEFIANT, as well as future X2-based helicopters, will provide the military with fast, agile, and survivable compound coaxial helicopters that will equip future aviators to address evolving peer and near-peer threats in an ever changing and demanding environment. (Sikorsky, a Lockheed Martin Company).

This B-1 left from home base, got a great training mission, and showed its capability...

Special Forces SATCOM for the Most Dangerous Missions in the World