Acasă Actualitate While at least two of six competitors have dropped out, the Army... 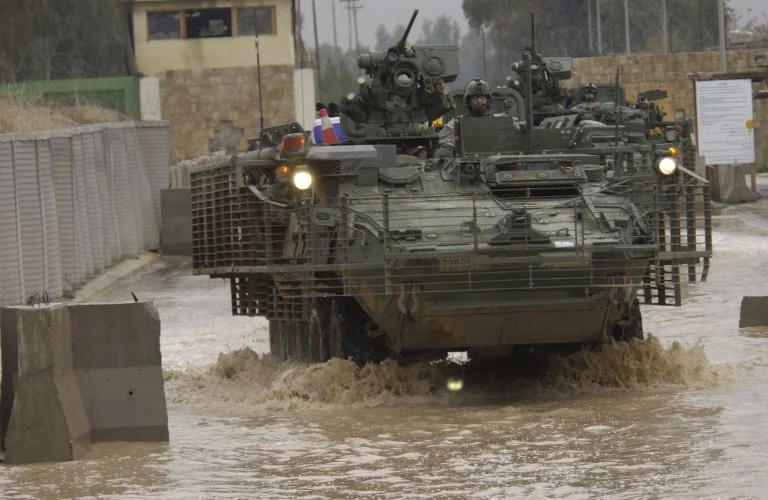 This is a healthy competition,” the head of the Army Stryker program, Col. Bill Venable, reassured reporters. “My No. 1 mandate as the overall program manager was to protect the competition in this first phase.”

Venable was allaying anxieties yesterday about the five-year-old effort to upgun the infantry transport version of the Stryker, an 8×8 armored vehicle that’s become an Army workhorse worldwide since its controversial introduction in 2003. The wheeled Stryker was criticized for having lighter armor than the tracked M1 Abrams and M2 Bradley, although it’s far better protected than Humvees. It often struggled over Afghan terrain. But its ability to move rapidly by road – with fewer stops for gas and maintenance than heavy armored vehicles – made it a favorite of US commanders from Iraq to Estonia.

So, while overshadowed by high-tech prototypes from hypersonic missiles to high-speed helicopters to robotic tanks, the Army is doubling down on the proven Stryker in several ways:

General Dynamics urgently built 83 upgunned Strykers to reequip a single Europe-based brigade. Now the Army is holding an open competition for an official Program of Record (POR) to upgrade at least three more brigades with a more refined 30mm turret design – but we’ve heard some anxiety over whether any other vendor can really unseat the incumbent.

Out of six companies awarded $150,000 design contracts last summer, Venable confirmed that at least two have dropped out. At the current — sensitive — stage of the competition, the program manager said after a quick consultation with his staff, he isn’t allowed to disclose how many companies remain and how many have quit.

But Venable did tell reporters that one vendor dropped out because it wasn’t making adequate progress to meet the technical requirements, while another decided it didn’t have a good enough chance of winning to justify the investment. While the Army gave competitors free Strykers and 30mm guns, they must provide their own turrets, electronics and other components to integrate the weapon and the vehicle into a functional fighting system, to be delivered to the Army for testing by August 10.

“We’re not funding their development,” Venable said, “[which is] in some cases millions of dollars they’re going to invest.” While he won’t second-guess any company’s cost-benefit calculus, he’s been working with all of them to try to keep them in the running, despite disruptions caused by the COVID-19 pandemic. “We have adjusted the evaluation strategy in order to maintain the competition as robust as we can,” he said.

“This isn’t the first competitive selection effort that I’ve run, and I will say we have more [viable competitors] than the incumbent, significantly more than the incumbent,” Venable told reporters. “We’re going to present a variety of choices to the source selection authority to evaluate starting on 10 August.”

Once the vehicles arrive in August, the Army will live-fire the 30 mm guns, check out the armor, and conduct a host of other tests. By January, Venable expects to have that data ready for the evaluation board, which aims to announce a winner by the end of April, 2021.

After that, the winning company will start mass production, with the first vehicles scheduled for delivery to a Stryker unit in August or September 2022. That meets the Army’s previously announced deadline to start fielding by the end of fiscal ’22, Venable said. But the brigade will spend months more taking possession of the vehicles and training on them – a “Rubik’s Cube” of logistics and scheduling, Venable said — before it’s officially declared the “First Unit Equipped,” probably around March 2023.( Sydney J. Freedberg Jr.).

ABL’s planned timeline would see the vehicle integration of the RS-1 this quarter, with a...

“I’m optimistic, based on my discussions with [MDA director] Jon Hill, that we’ll potentially see...