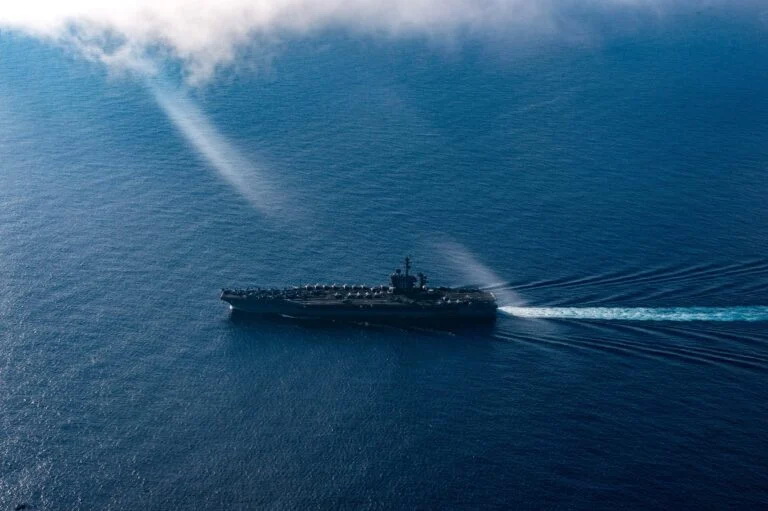 The Navy will not reinstate the former captain of the USS Theodore Roosevelt, and will hold the admiral overseeing the carrier strike group accountable over the handling of the COVOD-19 outbreak aboard the ship this spring.

“I will not reassign Captain Brett Crozier as the commanding officer of the USS Theodore Roosevelt, nor will he be eligible for future command,”  Chief of Naval Operations Adm. Michael Gilday told reporters at the Pentagon today, effectively ending Crozier’s career.

Crozier was relieved of command in March at the start of the ship’s two-month stay in Guam. Over 1,100 crew would eventually test positive for the virus; one sailor died of complications.

In addition to Crozier, Rear Adm. Stuart Baker, commander of Carrier Strike Group 9, will have a planned promotion put on hold, Gilday said. It does not look likely he will be promoted, the Navy’s top admiral indicated.

Gilday complained of “an almost paralysis of that command team between the time they pulled into port” in Guam until sailors began to leave the ship for the hotel.

But Gilday’s comments reflected deep frustration among Navy commanders over the actions of both men, saying, “it is my belief that both Adm. Baker and Captain Crozier fell well short of what we expect of those in command.”

The two leaders aboard the ship, “did not do enough to fulfill their primary obligation,” Gilday continued, “and they did not effectively carry out our guidelines to prevent the spread of the virus. They were slow egressing sailors off the ship. And they failed to move sailors to available safer environments quickly.”

Whereas then-Acting Navy Secretary Thomas Modly placed much of the blame on an email Crozier sent to his commanders, which was leaked to the press, Gilday said there’s no evidence Crozier meant for the missive asking for help was meant to be seen outside of the chain of command.

“Captain Crozier exercised questionable judgment,” he said. “When he released sailors from quarantine on the ship, which put his crew at higher risk, and may have increased the spread of the virus. When obstacles arose, both failed to tackle the problem head on and take charge, and in a number of instances, they placed crew comfort above safety.”

The investigation into Baker’s response is ongoing, and recommendations will be made to Navy Secretary Kenneth Braithwaite in the coming weeks. (D.N.).

From throwable cameras to magnetic brakes, from disease prevention to battlefield networks, these small businesses...