Acasă Actualitate “There are a lot of requirements out there and we could use... 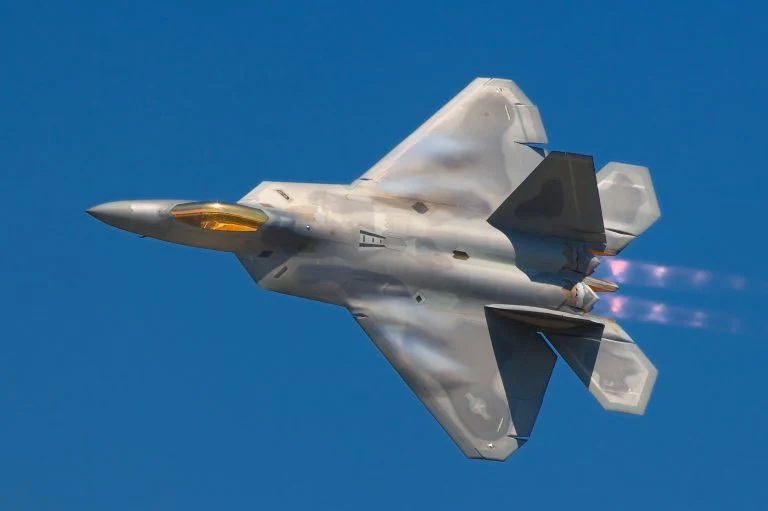 The Air Force may re-designate some older model F-22 Raptors now being used for pilot training as ready for combat, says Air Combat Command head Gen. Mike Holmes, as one method of pumping up readiness.

“If you look at the the older block F-22s, I mean, they’re already combat capable even without bringing them up to the higher standard [of newer models.] I’d certainly pick one of those over some of our legacy airplanes if I had to go fight,” Holmes told the Mitchell Institute today.

“If we can reduce the requirement for our flight training units to train new students, then we can take some of that training-coded iron and turn it into combat-coded iron,” he explained. “We already paid for it; we already pay for the people that fly it and operate it.”

Holmes said repurposing some of the Formal Training Unit (FTU) capacity to combat capability could be made possible by his newly revamped pilot training approach, called “Reforge” for “Rebuilding the Forge.” The plan, first reported by colleague John Tirpack, aims to cut fighter training times in half.

Holmes cautioned, however, that the re-look is “primarily a think piece for Air Combat Command,” sp he couldn’t provide any estimate of how many planes might be shifted. The goal is “just to see what we could do to make more capacity without spending more money,” he said.

Up to now for the current Raptor fleet, he said, “the focus and primary problem there is having enough engines to meet our requirements, since we’ve been flying the F-22 more than predicted.” In particular, he noted, the service was using F-22s in missions over Syria “in ways that weren’t forecast.”

But, he waxed optimistic that, at this point, after working through the shortfall with engine-maker Pratt and Whitney, “we’re in pretty good shape on those engines.”

As Breaking D readers know, the Air Force’s preoccupation has been how to balance its need for modernization with the costs of sustaining aging aircraft — at a time when air power is ever more in demand by Combatant Commanders trying to meet growing challenges from Russia and China.

“We’re stuck in this collision between capacity and modernization,” he said.

Holmes ticked off a long list of aircraft sustainment issues beyond the F-22’s engine problems:

The Air Force is facing pushback already from Congress, always reluctant to retire existing aircraft, in attempting to retire aircraft such as the A-10 to make way for spending on modernization needs, such as the high-priority Joint All Domain Command and Control (JADC2) effort designed to connect ‘all sensors to all shooters’ to enable all-domain operations.

For example, the Senate Armed Services Committee in its draft 2021 National Defense Authorization Act (NDAA) prevents any divestment of A-10s, and requires the service to maintain a minimum 386 operational squadrons (a number that currently isn’t being met.)

Holmes said that while he appreciates Congress’s understanding and concerns about Combatant Command requirements, trade-offs must be made between modernization needed to meet looming threats and current capacity.

“There are a lot of requirements out there and we could use everything we had and a little bit more,” he said, but “we need to put some priority on modernization.” (D.S.)./

NGCV – The Future of Combat Vehicles

“Switzerland has no industrial or program stake in the program, and Swiss procurement, like the...