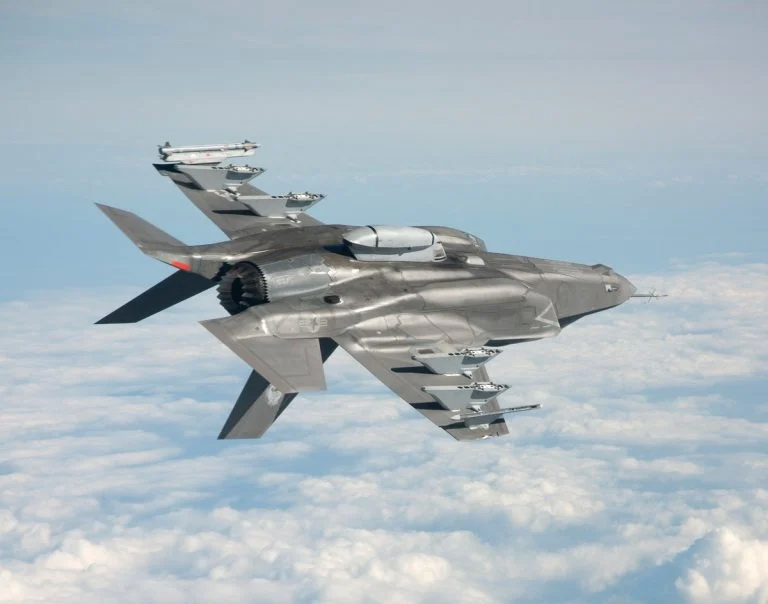 The A-10 may the closest thing to a religious relic in the US military’s weapons inventory. Those who believe in its efficacy are adamant. It is simply the best airborne protection for American ground troops, period. But it’s an old weapon, and unlike religious relics, few weapons grow more powerful when they start to get really old. The Air Force has tried repeatedly to retire some or all of the A-10 fleet to invest in newer weapons. The Air Force again wants to retire some of the A-10 fleet and some of its advocates, like Dave Deptula, have argued the case in our own publication. Brian Boeding, a former A-10 pilot, read Deptula’s piece. Read on! The editor.

The Air Force and some of its close friends argue the A-10 is fine for “low end” conflicts  but unsuitable for higher priority “high end” war so, they argue, we should shrink the Warthog fleet to help pay for “modernization.” This argument rests on a broad failure to understand the military fundamentals of what it takes to deliver urgently needed close support and what it takes to survive while doing that mission.

In support of his assertion that the A-10 cannot survive against high-end threats, Dave Deptula, head of the Mitchell Institute, claims the presence of those threats is specifically why Hogs were not used in Syria during Operation Inherent Resolve’s mission to destroy ISIS. A quick check of my military logbook shows that of my 863 combat hours, I’ve spent 152.6 hours in combat over Syria alone. Most of my A-10 peers have many more hours over Syria.

Air Force JTACs (Joint Terminal Attack Controllers) wave to an A-10 during training.

Deptula’s case is built on an inside-the-beltway, hi-tech view of what it takes for an airplane or a force to survive. Taking a more combat-based view, DoD doctrine says we achieve survivability by avoiding or withstanding enemy threats that hinder the mission we’re trying to accomplish. Per DoD’s own words, survivability rests on three essential qualities: low susceptibility, low vulnerability and high recoverability. (For in-depth details, see Robert Ball’s, “The Fundamentals of Combat Aircraft Survivability Analysis and Design.”) Low susceptibility comes from using tactics or technology to avoid detection or to defeat engagement by the enemy weapons threatening the mission. If we are actually engaged and hit by a weapon, low vulnerability rests on withstanding the hit and completing the mission. High recoverability is achieved by quickly repairing  damage to let us continue carrying out the mission, day after day.

A closer combat-based look at these three dimensions of A-10 survivability reveals the fallacy of alleging that the Warthog cannot survive in “high end” war.

That fact dramatically challenges the widely-touted and superficially plausible idea that stealth gives F-35s and F-22s a free ride while non-stealthy airplanes die in droves against any near-peer enemy with long-range radar missiles like the S-400. In truth, close air support (stealthy or not) jets enroute to the frontlines are hardly susceptible to being detected or engaged by these long-range missiles because they’re flying over  their own friendly territory. Once over the battlefield, all planes doing real close support — that is, close enough to tell friend from enemy in a “danger close” fight — are highly susceptible to being detected visually or by infrared, and then being attacked by light AA and infrared missiles. Once they come close in, F-35s, F-22s and A-10s are all easily detected by eyeball and by their hot exhausts (though A-10s have less than half the IR signature of the others) — and, once fired on, all three rely on maneuvering to evade aimed AAA and flares-plus-maneuver to defeat IR missiles (with A-10s carrying double or even triple the flares of the other two).

Anyone who’s been around ground combat knows F-35s, F-22s and legacy fast jets are far too fast and lack the close in maneuverability to be able detect camouflaged threats to our troops or to separate friend from foe in a highly fluid firefight. Fast jets are equally handicapped when it comes to delivering meaningful close support in rugged terrain (with confusing target elevations) or under the low overcasts prevalent in Eastern Europe or China. Of course, advocates of fast jets will invariably fall back on the well-worn cliché that guided bombs are now so precise that there is no need to get in close. Unfortunately, long time of flight weapons that can only guide on targets with well-defined signatures or pin-point coordinates (with no GPS jamming) are of little use—and often of great danger–to beleaguered friendlies fighting on a smoke- and dust-obscured battlefield swarming with highly lethal, low signature and fast-shifting threats…threats whose ambiguous signatures are all too easily confused with the friendlies.

But there’s another major susceptibility of fast jets no one mentions, the susceptibility of our airfields to surprise bomb or missile attacks that shut down our runways and destroy our parked planes, thus interrupting all missions for days. Fast jets cannot operate without maintenance shelters and 10,000 foot concrete runways. But A-10s are much less susceptible to such crippling strikes since they were designed from the start to shift operations quickly to unprepared roads and dirt airfields of half that length. Hog squadrons proved that capability decades ago, have used it in combat, and continue to train for it to this day on East European deployments.

Fast jets suffer a vulnerability the A-10 does not. The fuselage of every supersonic jet from the F-100 to the F-35 is basically a blowtorch surrounded by fuel. Thus, a 5.56mm punching a hole in any fuel tank near the engine can engulf a supersonic jet in flames. The F-35 represents the extreme in such flammability with 11 fuel tanks throughout the fuselage and wings–plus flammable fluids in every nook and cranny, even in the electronics bay—not to mention the inherent vulnerabilities of relying on a single engine.

The Warthog, on the other hand, was designed from the ground up to withstand more AAA and infrared missile damage than any other aircraft in history—simply because being purpose-built for close support mandated being able to take repeated hits. I have seen no less than 4 A-10s take hits that would have likely brought down a fast and much less survivable jet.

If you’re interested in the Hog’s unprecedented design features—separation of fuel from engines, fire suppression in every tank, redundant and manual widely-spaced cable flight controls, titanium bathtub pilot armor, redundant main spars, etc.—plenty of articles are at your fingertips. You’ll find recent air war histories are replete with shockingly damaged A-10s bringing their pilots safely home—alongside the plane’s impressive combat achievements in Iraq, Serbia, Afghanistan, Libya, and yes, even in Syria, the theater supposedly too dangerous for A-10s to survive.

Recoverability may be the most important of the three dimensions of survivability. The concept is so simple that our consumerist, throw-away culture is prone to overlook it. In combat, we just cannot afford to discard damaged weapons or wait for replacements that may never come. Whether a truck, tank, plane or ship we must be able to put them back in commission quickly and carry on the fight.

Even if exquisite technology platforms win an early fight or two, when their easily damaged composite skins, stealth coatings and hyper-complex sensors that take days to fix meet the friction of battle, more and more of the hi-tech platforms will fill the hangar maintenance bays, and fewer and fewer will show up to help the troops.  Meantime, A-10s designed to quickly patch bullet and fragment holes will return to battle multiple times per day. The average fix time for battle damaged Warthogs in Desert Storm was four hours, and many of those jets are still flying today after taking the fight to five more conflicts.

For his part, Deptula, on the strength of a mistaken understanding of survival unrelated to the realities of close support combat, argues the A-10 can only survive doing close support in “low end” wars. So he  justifies the Air Force’s desire to dump three A-10 squadrons in favor of modernizing the force with F-35s that allegedly can do the job of Hogs and survive in high-end war.

Let’s take the point of view of a Combatant Commander in the Pacific or Europe, facing well-equipped and numerically superior ground forces. He simply needs lots of effective close support firepower overhead 24/7 to buttress his outnumbered ground forces. Does he need F-35s to replace the all-too-few Warthog squadrons the Air Force can send him? Every F-35 he gets will carry half the missile ordnance of an A-10 and a MUCH less effective 25MM canon with one-fifth as many rounds onboard. Each A-10 will put in at least nine times as many hours over the troops. That’s based on a demonstrated 3:1 advantage in sustained sorties per day and a conservative 3:1 edge in loiter hours per sortie. If we look at surge sortie rates, the advantages gap will become even wider: in 1977 two Hogs flew 34 ordnance dropping sorties (17 each) in a 11 hr period.

Perhaps worse than the F-35’s lack of presence over the battlefield is its inability to support danger close firefights—due, as we have seen, to its lack of maneuverability, extreme vulnerability to ground fire and lack of close-in survivability. But, ultimately, even more serious is that for every CAS-dedicated Hog pilot our Combat Commander loses he will be getting in return a multi-mission F-35 pilot considerably less familiar with ground tactics and the art of air-ground combined arms.

General Deptula and Air Force Headquarters have stated, loud and clear, in the budget they support their intent to continue three decades of shutting down A-10 squadrons to pay for modernization goodies the brass prefers. It’s up to Congress to mandate no more weakening of the close air support we owe our most vital national asset, our sons and daughters defending us on future battlefields.

Brian Boeding, a retired Air Force lieutenant colonel, was the first Hog driver to have flown all three A-10 variants in combat and has deployed numerous times to Afghanistan, Iraq and Syria. (D.N.).