Acasă Actualitate “I’m very confident going forward that we’ve made a decision that is... 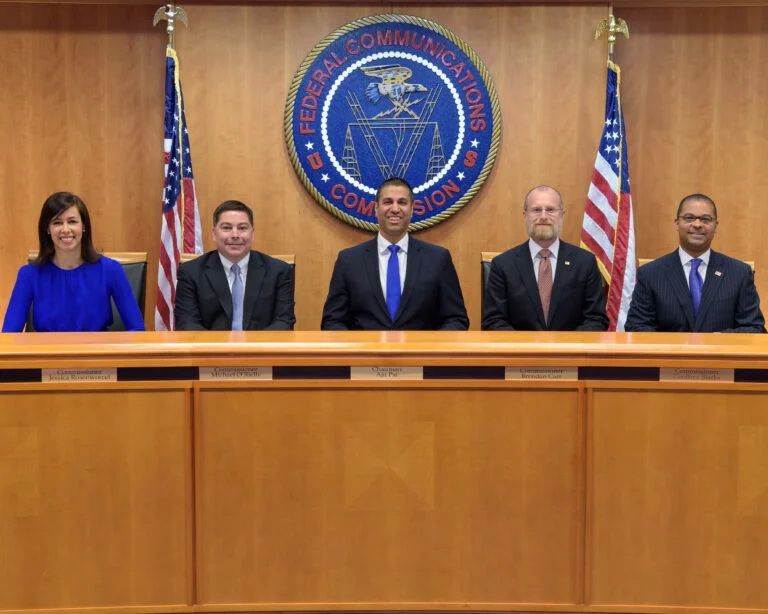 As opposition mounts from Capitol Hill — as well as a wider swath of civil GPS users — to the FCC’s approval of Ligado’s controversial 5G network, at least one of the five commissioners now says she’d be willing to consider reversing the decision.

During a Senate oversight hearing today, Democratic Commissioner Jessica Rosenworcel said she would support a stay of the Federal Communications Commission’s decision — that would then allow reconsideration of the approval. The FCC’s April 20 finding allows Ligado to use its L-band spectrum allocation — originally slated for use by a satellite constellation — for a terrestrial 5G wireless network.

“Out of respect for you and your colleagues who have said that they’re concerned about this…If the chairman was interested in circulating a decision to us staying the decision we recently reached on the L-Band, that would certainly be something I would support because we’ve got to iron this kind of stuff out if we really want to have a big and bold 5G future,” she told the Senate Commerce Committee today.

As Breaking D readers known, DoD and leaders of the Senate and House Armed Services Committees are adamant that Ligado’s plans will cause interfere with GPS receivers being used widely by both by military forces stationed in the US and civilian users.

CORRECTION BEGINS. SASC Chair James Inhofe has drafted new legislation aimed at protecting GPS receivers expected to be put forward soon; meanwhile, a new coalition of agriculture, transportation and other civil industries has formed to lobby against the FCC decision. Ranking Member Jack Reed is reviewing the proposal, but has yet to formally sign onto the bill, an aide told Breaking D. CORRECTION ENDS.

The SASC, in its draft of the 2021 National Defense Authorization Act (NDAA) released yesterday, is blocking DoD from using any funds for complying with the order until it can judge overall costs. It also demands an independent review of competing tests on interference done by DoD and the FCC.

However, the Commerce Committee — not the SASC — has jurisdiction over the FCC.

During the hearing, FCC Chairman Ajit Pai continued to vociferously defend the FCC’s Ligado order, which also is backed by key members of President Donald Trump’s Cabinet, including Attorney General William Barr. Pai gave no indication that he would consider calling for a stay.

“We made a decision based solely on the facts and on the law, and I will defend this decision before any forum in this Congress or around the country,” a defiant Pai said in response to pointed questions from Sen. Tammy Duckworth, who also serves on the SASC.

“I’m very confident going forward that we’ve made a decision that is based much more on sound engineering, as opposed to some of the fear mongering that we’ve heard,” he added.

While Duckworth, along with fellow Democrat Ranking Member Maria Cantwell, was critical of the FCC, Sen. Mike Lee echoed Ligado’s own arguments in blasting the Pentagon for failing to support its objections with solid technical analyses. (Ligado on June 1 filed its opposition brief to the DoD-backed May 22 petition by the National Telecommunications and Information Administration formally asking the FCC to stay its positive ruling and re-open its review.)

“When somebody is going up against an issue that the FCC has addressed over a decade with great scientific expertise, and on an issue of as great national importance as this one, they darn well better come to the argument armed with something other than the catch-phrase ‘national security;’ or, ‘trust us, we’re right;’ or ‘I can’t tell you why I think this because it’s classified, but trust us that national security dictates that we not do this’,” a clearly agitated Lee concluded. “That’s wrong. They know that’s wrong and we can’t let them get away with it.”

While Commerce Committee Chairman Roger Wicker worked hard to stay neutral as members battled back and forth, it was apparent that he holds some sympathy for the FCC. Certainly, Wicker gave no indication that he intended to ask the committee to also step in with legislation to force a stay. (C.U)

“I’m very confident going forward that we’ve made a decision that is based much more...