Acasă Actualitate “I think there’s some very compelling petitions for reconsideration before the FCC... 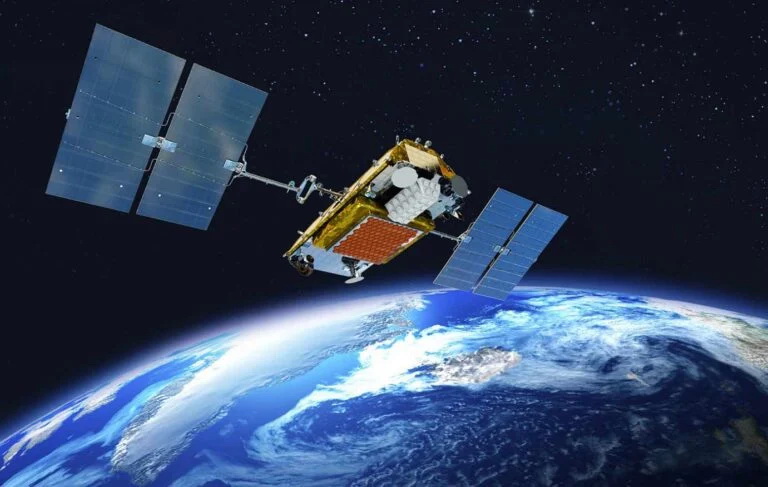 Iridium is considering legal action to block the FCC’s controversial approval of Ligado’s 5G mobile wireless network, which much of the federal government says will interfere with GPS.

“From our perspective, the record is clear that the Ligado order adopted this spring is detrimental to satellite communications, users, consumers. We are asking the FCC, Congress and — if needed — the courts to change the outcome, to change or modify,” Robert McDowell, former FCC commissioner under President George W. Bush and Barack Obama and a legal rep for Iridium, told a webinar yesterday sponsored by the Aerospace Industries Association (AIA) and Aviation Week.

The FCC’s April 20 decision will allow Ligado to use L-band radio frequency spectrum usually reserved for satellite operations to instead build a 5G terrestrial communications network. While Iridium uses L-band for its satellite broadcasts, McDowell was quick to assert that the company is not a Ligado competitor.

“So, this isn’t that we’re trying to knock out a potential competitor through counteracting their regulatory arbitrage. This is about harmful interference and legitimate concerns,” he stressed. “The L-band has always been zoned or licensed exclusively for satellite service.”

“It is vital to understand that almost all L-band licensees are private sector companies like Iridium, not government entities. That gets lost in this debate when we hear a lot about the Department of Defense and other federal agencies,” he added.

As Breaking D readers know, DoD, the Department of Commerce (DoC), the Department of Transportation (DoC) and numerous industry groups are fiercely fighting the FCC’s ruling, arguing that Ligado’s network will drown out GPS signals in receivers used by everyone from troops to airline pilots to construction workers.

Indeed, the DoD, DoC and DoT met yet again with FCC Chairman Ajit Pai and several of the FCC commissioners on June 19 and 22, both at the classified and unclassified levels, to press their case against Ligado, according to documents filed by Commerce’s National Telecommunications and Information Administration (NTIA) on June 26.

The meetings included Democratic Commissioner Jessica Rosenworcel, who told an FCC oversight hearing by the Senate Commerce Committee on June 25 that she would support a stay of the Federal Communications Commission’s decision to allow reconsideration, “out of respect” for the committee. They also included GOP Commissioner Michael O’Rielly, who told Commerce Committee during his June 16 confirmation hearing that he was open to hearing both sides of the Ligado dispute.

During the meeting, DoT argued that “millions” of civil GPS users would be impacted, without any recourse but to pay handsomely to replace equipment — that might not even be immediately available.

“DOT serves as the Civil Lead for GPS and is concerned about the millions of receivers that will experience interference,” according to DoT’s slide presentation. “The majority of civil GPS receivers are not U.S. Government devices and will not qualify for repair or replacement paid for by Ligado. FCC should thoroughly assess and account for the economic costs and burdens that will result.”

Leaders of the House and Senate Armed Services Committees also have joined the chorus — with the SASC including anti-Ligado language in the 2021 National Defense Authorization Act (NDAA) and congressional leaders considering further legislation designed to derail the FCC decision.

In the latest outcry from Capitol Hill, the Chairman of the powerful House Agriculture Committee, Rep. Collin Peterson, and a bipartisan group of committee members wrote the FCC yesterday to  voice their serious concerns about the potential negative affects of Ligado’s technology on the nation’s farmers. The letter was cosponsored by Republicans Glenn Thompson and James Comer.

“GPS has become the single most significant technological advancement for American farm equipment in the past two decades. According to a 2019 RTI International study, since 1998, GPS adoption in agriculture has yielded more than $5.8 billion in economic benefits. The study also found that during planting season, if GPS were interrupted, the economic impact to the agriculture sector could amount to losses of $15 billion due to lower crop yields,” the letter states.

“While the FCC Order acknowledges this interference will impact users in the federal government and requires Ligado to upgrade or replace these devices, the Order fails to require Ligado to accept responsibility for the millions of private devices that will be affected,” the letter adds, echoing DoT’s concerns.

Ligado stated in a May 6 letter to the SASC that, circa 2015-2016, it reached agreements with a number of GPS receiver makers that its planned 9.8 dbW broadcast power level (about 10 watts) would not cause harmful interference to their radios — including farm equipment giant John Deere.

Documents obtained by Breaking D confirm there was a Deere agreement in 2015, and it was presented to the FCC in a March 7, 2016 filing by Deere counsel Catherine Wang, of the Morgan Lewis law firm.

However, Deere now says that while it did sign such an agreement, its views have been misrepresented by the commission’s approval order — and reiterates that it has joined in the numerous petitions to stay the order for reconsideration and modification. (It’s assertions of misrepresentation echo those made by another maker of GPS receivers, Trimble.)

The company explains in a June 1 filing that it believes the FCC used the wrong technical standard to determine whether there would be interference in GPS receivers.

“Deere nonetheless advises that its position with respect to Ligado’s Amended Modification Applications must not be interpreted as acquiescence in or, in any way agreement with, Ligado’s continued efforts to depart from long-accepted practice and establish a new metric for determining potential harm to GPS and other GNSS systems.”

McDowell argued that he believes there is a good legal case to be made that the FCC has failed to follow proper procedures.

“I think an appellate court is going to have big problems with how the FCC did it procedurally, and it’ll end up in a remand back to the FCC,” he said. “So, if you’re a potential investor looking to buy Ligado, well, I think this is very hairy.”

McDowell ticked off a number of problems with the FCC ruling, several of which have been brought up by other opponents. From the standpoint of Iridium, and other satcom operators, perhaps the most relevant was his allegation that the FCC failed to follow its own rules on radio frequency interference — rules, incidentally, that are set by the International Telecommunication Union (ITU) that governs global spectrum usage.

“It violated its own rules, which require a newcomer to the satellite neighborhood, like Ligado,
to cure any harmful interference that its terrestrial operations may cause to existing licensees and operators,” he said. “Instead, the FCC asks Ligado to work in good faith to negotiate with Iridium regarding any harmful interference, but it does not require Ligado to make any changes to its planned deployments. If they refuse to work with Iridium, there is no FCC backup plan with any teeth to provide an incentive for Ligado to fix its interference. In short, the FCC puts the burden on the existing licensee Iridium, instead of the new neighbor that is making loud noise, which again, is backwards according to the FCC’s own rule.”

Joel Thayer, a telecommunications lawyer at Phillips Lytle LLP, defended the FCC’s procedure during yesterday’s webinar, arguing along the lines that Pai articulated in a May 26 letter to HASC Chair Adam Smith.

As I reported, Pai argued that the FCC’s 72-page Ligado Order does resolve the concerns of opponents — via Ligado’s latest application modification (made in 2018); the testing data provided to the FCC; and the conditions that the commission imposed on the company in the case interference is discovered, which includes paying for remediation. And in fact, the FCC’s order specifically addressed Iridium’s interference concerns, along with those of DoD and GPS users.

“The FCC is the independent agency and the expert agency, as Rob knows, that allocates spectrum,” Thayer said. “From my perspective, they followed every procedure in the book.”

McDowell also argued, as have a number of other GPS user groups, that the FCC “did not give the affected parties an opportunity to see, that is the private sector parties, let alone comment on its final proposed technical rules, which were very different from what was disclosed in years past.”

Speaking to Breaking D today by phone, Gerry Waldron, legal counsel for Ligado, strongly countered McDowell’s suggestion that the lack of an opportunity to review the draft decision was faulty procedure.

“No party has a right to see draft FCC decisions,” he stressed.

Waldron explained that the FCC order was made as an “adjudication decision” regarding a specific licensee, and that the Administrative Procedures Act does not require such a review. And while Pai has followed the tradition of allowing public comment on rulemakings — those decisions that affect many operators, such as the recent ruling on debris mitigation — even then it is not required.

That said, Waldron asserted that the FCC’s process was highly public, witnessed by the thousands of pages in the Ligado docket available on the FCC’s website. “It was as transparent and open a proceeding as any proceeding FCC does,” he said.

Finally, McDowell echoed DoD’s arguments that “the FCC did not conduct its own interference analysis and only relied heavily on a single technical study sponsored by Ligado.”

Ligado and the FCC have taken issue with this assertion as well. “I’m very confident going forward that we’ve made a decision that is based much more on sound engineering, as opposed to some of the fear mongering that we’ve heard,” Pai told the Commerce Committee oversight hearing.

Despite the threat of legal action, McDowell said that he would like to see the FCC take back its approval order of its own accord, or that Congress would force a change.

“I think there’s some very compelling petitions for reconsideration before the FCC right now, so I’m hoping that they would hit the pause button,” he said. “The FCC needs to rescind its order to propose meaningful and enforceable conditions that protect Iridium from Ligado’s harmful interference, or Congress needs to clean up this mess with legislation.” (Theresa Hitchens).

The proximal origin of SARS-CoV-2

“As you know, from Airbus we have a pedigree — we’re probably the leader...