Acasă Actualitate The Baltic country is looking to open talks with the US about... 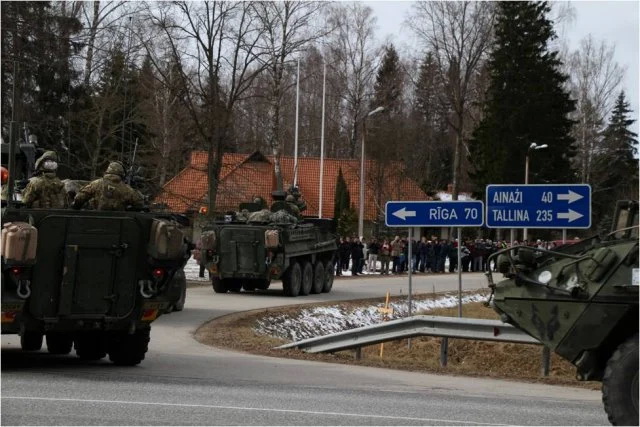 WASHINGTON: Latvia’s defense minister announced today his country is willing to house American troops if the Trump administration follows through on its decision to pull thousands of troops out of Germany, becoming the second NATO ally to ask for those troops to be housed within its borders.

“We are ready — and this is an official announcement — we are ready to invest to receive a certain amount of American troops on Latvian soil,” minister of defense and deputy prime minister, Artis Pabriks, said during a virtual event hosted by the Brookings Institution. The desired deployment would be the first large US basing effort in the Baltic nation.

“We are not trying to punish the Germans. We don’t want to compete [with them], but if it’s really inevitable then we are ready to receive you,” he added.

When asked what kind of US presence the Baltic nation wants, a Latvian official told me the country is open to either rotational or a permanent American presence in the country, noting there are already 1,500 NATO troops stationed at the Adazi military base. The official noted that the country also has a string of training areas that could be used for basing.

A Pentagon official said they had “nothing to offer” about the possibility of US basing in Latvia.

The Latvian offer comes just after Poland said it would happily take some of the 9,500 troops President Trump wants pulled out of Germany. Late last month, US officials said Washington and Warsaw have already agreed on a location to base a rotational US Army armored brigade combat team. An administration official speaking with reporters on the condition of anonymity added the two sides “are in discussions regarding additional infrastructure to support the ABCT, as well as the combat aviation brigade and combat support sustainment battalion.”

The proposed reduction of American forces from Germany would bring the number of troops stationed there from 34,500 to 25,000. There is still no timeline for the withdrawal, and Pentagon officials haven’t divulged which troops would leave or where they might be reassigned. President Trump’s pledges to withdraw troops have not always come to pass, as evidenced most recently in Syria. The president has also mused about pulling some troops from South Korea.

The 1,500-strong NATO enhanced foreign presence unit in the country is led by 500 Canadian forces, along with hundreds more from Spain, Poland, Italy and Slovakia, among others. The US Army also sends an aviation unit to the country on a rotational basis, with another rotation planned for later this month.

In October, the US moved 500 troops to neighboring Lithuania in October for a six-month deployment, in a sign that Washington recognizes the importance of the Baltic region as a stopgap to potential Russian adventurism in the region.

Pabriks was careful to say Germany is a close ally of Latvia, and remains an irreplaceable member of the NATO alliance. He also is concerned about any American pivot away from the continent. “We think that American military presence in Europe should be increased and not decreased,” he said, “we understand that there must be a push for Germany to do more, but a presence in Germany is vital for global security, not only European and Baltic security.”

While Germany has yet to achieve the NATO goal of spending 2% of its GDP on the military, Latvia hit the target in 2018, along with its Baltic neighbors Estonia, Lithuania, and Poland. (D.N.).

House committee wants to hold money back from DoD until it delivers shipbuilding plans, while...

Overall, costs of major DoD acquisition programs have grown by 54 percent over their lifetimes...

While at least two of six competitors have dropped out, the Army says it will...