Acasă Anchete For the first time in seven years, the US and Russia will... 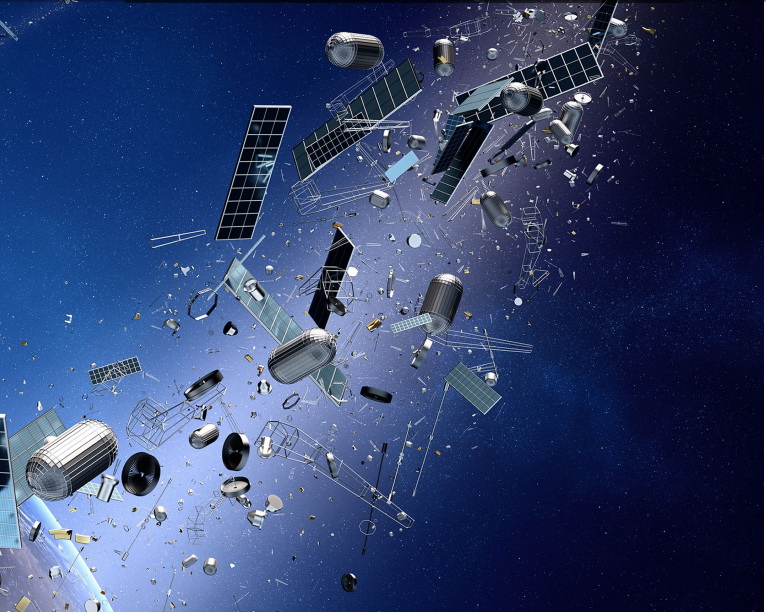 Use of ASATs could result in massive amounts of destruction and dangerous junk on orbit. National Space and Intelligence Center image

WASHINGTON: A US delegation, including DoD officials, on July 27 in Vienna, Austria will hold a first Space Security Exchange (SSE) with Russia. It’s the first formal bilateral meeting on space security since 2013, says Chris Ford, assistant secretary of State for International Security and Non-Proliferation.

The purpose is to “help advance the cause of setting responsible norms of behavior in that vital domain,” Ford told reporters in a phone briefing today. In addition, he said, the US hopes to open a regular bilateral communications channel in order to avoid misperceptions and miscalculations about on-orbit activities.

Yet at the same time, the US military has just finalized a new warfighting doctrine defining how it will fight in space, said Gen. Jay Raymond, who currently heads both the Space Force and Space Command.

“One of the things I’m really excited about is that we’ve drafted our first-ever ‘Capstone Warfighting Doctrine’ for space; it’s at the printers,” he told the Center for A New American Security today. “We’re expecting that to get delivered here in the next couple of days, and we’re going to roll that out either next week if it comes in on time, or the week after, but it’s imminent.”

The document, Raymond explained, will “define military space power as a distinct form of military power, which will be a first, and it’s a foundational document that will inform the ethos and values of this new Space Force.”

The Russian SSE meeting is modeled on three similar bilaterals between the US and China held so far, with the last meeting with Beijing held in the summer of 2019, Ford said.

“The space domain is being furiously weaponized by Moscow and Beijing,” he added.

Ford said that Russia has “fired a projectile” from a satellite not once, but twice — labeling Russia the “most prominent mischief maker in space right now.”

Raymond also noted the July 15 Russian satellite test that the US says was clearly a test of an anti-satellite (ASAT) weapon. “You may have read that we responded to a Russian on-orbit activity that had characteristics of a weapon,” he said, noting that the US military is also working with allies on the issue.

Moscow has been doing many “strange and disturbing things” on orbit, Ford said, in order to signal to the US and the world that it has the capability to use satellites to destroy others on orbit. And that, he stressed, “is a very disturbing, provocative, dangerous and ill-advised thing for them to be doing.”

ord, however, was dismissive of seeking a legally-binding agreement to bar ASAT tests or space weapons in general — raising the familiar US refrain that it is impossible to define the bounds of any technology-based prohibition. “That is a great way to spin wheels,” he said. Instead, the US wants to establish voluntary norms of behavior for military space activities, first with Russia and China and then at a global level.

How the US military itself intends to respond to future aggressive action, and any use of weapons against US space assets, will be the subject of the new doctrinal document — including what offensive actions against adversary satellites the US might be willing to take during a conflict.

As Breaking D readers know, Raymond actually started thinking about new doctrine almost as soon as Space Command was created. Since then, the Air Force has been holding senior level meetings on doctrinal development, and as Maj. Gen. John Shaw, head of Space Force Operations Command, said earlier this year, they included Navy and Army representatives to consider what lessons might be learned from them.

Doctrine matters because it guides military forces on how to carry out policy and strategy decisions. The armed services each boast their own doctrine, and the Joint Staff put together joint doctrine that guides how the services work together and attempts to standardize terminology.

The central doctrinal document today for space is Joint Doctrine 3-14, Space Operations, last updated in 2018. It needs changes to characterize space as a warfighting domain and reflect new chains of command established within the Space Force’s new organizational structure, which was cemented in a ceremony today.

The Space Force announced on June 30 that its new organization “will consist of three echelons of command, where the Air Force currently is organized into five echelons.” These hierarchical levels are “field commands, deltas and squadrons.”

The field commands are Space Operations Command (SpOC), Space Systems Command (SSC), and Space Training and Readiness Command (STARCOM). “SpOC and SSC will be led by three-star general officers, and STARCOM will be led by a two-star general,” the announcement explained. Deltas will be O-6 led; and within them will be squadrons focused on specific tactics.

Space Force “Deltas” combine two different levels of organization under the old Air Force construct, wings and groups. “We’ve stood down all of our space wings — the 21st Space Wing, the 50th Space Wing and the 460th Space Wing — and the groups, and we collapsed them into what we’re calling deltas,” Raymond said. “They’re mission-focused deltas — so space domain awareness delta, a space electronic warfare delta. We’ve collapsed two layers of command, again getting after a lean, agile structure that can that can go fast and enable accountability and agility.”

Raymond’s time wearing both the Space Force and SPACECOM hats is about to end. The Senate Armed Services Committee on July 28 will hold a confirmation hearing for his replacement at SPACECOM, Army Lt. Gen. James Dickinson. Dickinson, who is currently serving as SPACECOM deputy,  was widely favored for the position — in large part to foot-stop the fact that SPACECOM is a joint Combatant Command, and not a fiefdom of the Air Force. Thus, there is little reason to expect that he will not be confirmed. (Theresa Hitchens).

The Air Force has set Feb. 12-13 at Hanscom AFB in Massachusetts as the first...

Work on the missile tubes for the Navy’s part of the nation’s nuclear triad is...

The provision seeks to prevent the Nuclear Weapons Council “from further encroaching on the development...