INCISIV National
Acasă Actualitate “Our mission in the Space Force will become to protect that commerce,... 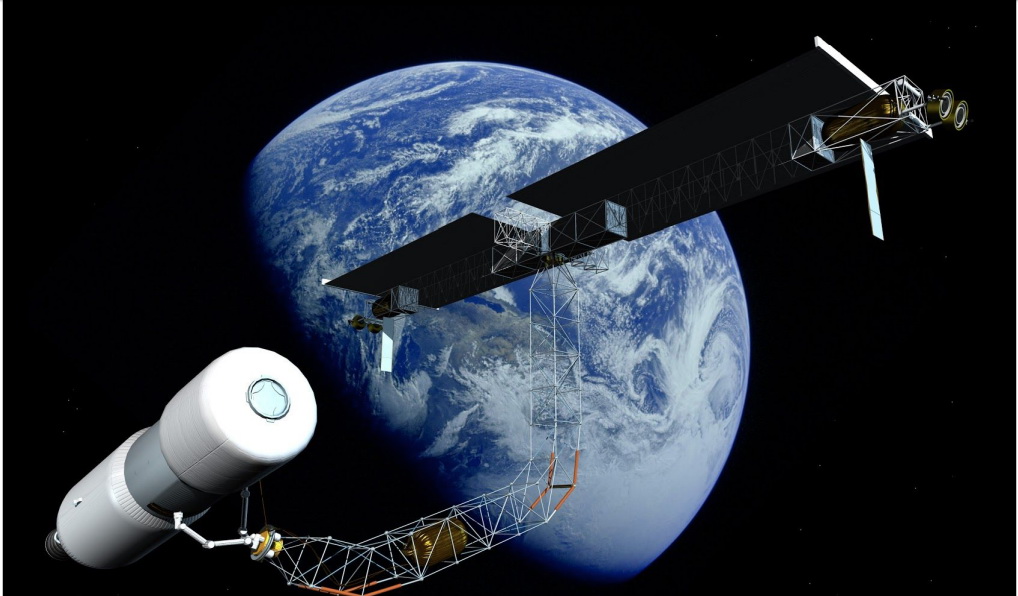 WASHINGTON: DoD should develop plans to “protect, support, and leverage commerce in space” in future — including establishing logistics capabilities all the way out to the Moon and beyond, recommends a new report spearheaded by the Defense Innovation Unit (DIU).

“Our mission in the Space Force will become to protect that commerce, and I like to talk about it in terms of protecting the ‘celestial lines of commerce,’ or the space lines of commerce,” said Col. Eric Felt, head of the Space Vehicles Directorate at Air Force Research Laboratory (AFRL). Felt spoke at a webinar today hosted by the Center for Strategic and International Studies, rolling out the new “State of the Space Industrial Base 2020” study, co-sponsored by AFRL and the Space Force.

To meet this mission, Felt added, he is looking to focus efforts at AFRL on technologies to enable operations beyond Geosynchronous Orbit (GEO, 36,000 kilometers above the Earth), the maximum altitude for most military and commercial satellites. That means reaching into cislunar space — the region between GEO and the Moon — and out to the orbit of the Moon itself.

“I see a need for technology that is going to enable us to go to the cislunar area above GEO, and how do we operate up there and how do we maintain awareness of what’s going on up there,” he said. “And I see a need for logistical activities. … The further you go away from the Earth, the more you need logistics; and, logistics that are going to make you more resilient in your space capabilities, not more vulnerable in your space capabilities.”

According to the study, such logistics could include mining the Moon and building fueling stations for spacecraft. “Lunar resources, including hydrogen/oxygen for propellant that enable cheaper mobility for civil, commercial and national security applications, are key for access to asteroid resources and Mars, and to enable overall space commercial development,” the study says.

“With a role similar to an Army Corps of Engineers, SeaBees or Coast Guard, the USSF can guide and accelerate the development of critical infrastructure,” it adds.

The proposed shift in DoD’s space mission to explicitly protect US commercial activities out to cislunar space, as opposed to focusing on protecting US military activities currently on orbit nearer to Earth, echoes an earlier study by the now-defunct Air Force Space Command. That Sept. 5 study, called “The Future of Space 2060 and Implications for U.S. Strategy,” laid out eight possible far-futures for human endeavors in space, and concluded that the US requires a sweeping new strategy that encompasses protection of commercial activities such as resource extraction and US citizens living off-world.

A similar study was released on June 16 by the influential Aerospace Corporation.

“If we look down range, are we doing the things that we need to today to secure the future that we want for America?” Brig. Gen. Bucky Butow, DIU’s Space Portfolio Director, told the webinar. “We should be asking ourselves critically: how do we want the 21st century to end?”

The recommendations in the DIU report stemmed from a May workshop that brought together more than 120 experts from government, industry and academia to assess the current health of the space industry and recommend how to strengthen it. The report represents the outcome of those discussions.

“While the findings and  recommendations from that workshop do not represent the official position of the United States Space Force, or any other branch of the government, it is important that we listen to these insights and evaluate the feasibility of implementing them in the advancement of national interests,” Gen. Jay Raymond wrote in the study’s forward.

Raymond currently heads both the Space Force and Space Command, but he will shortly be giving up the SPACECOM role to his successor, Army Lt. Gen. James Dickinson. In a harmonious confirmation hearing this afternoon, Senate Armed Services chairman James Inhofe in his opening remarks noted there is “no opposition that I know of” to either Dickinson or the nominee to take over Northern Command, Air Force Lt. Gen. Glen D. VanHerck. Dickinson currently serves as SPACECOM deputy.

The six focus areas of the DIU study were:

The report pushes for a “whole of government” approach to bolstering space industrial development. This should be led by a special Presidential Task Force, it adds. In addition, the report calls for the establishment of a set of financial stimulus measures to help kickstart that development.

Industry, first and foremost, should “aggressively pursue partnerships with the US government to develop and operate joint commercial, civil and defense space capabilities” — including bringing their own research and development funds.

“Entrepreneurs with innovative and potentially dual-use technologies must improve the protection of their intellectual property from unintended foreign assimilation, including protecting their networks from cyber exfiltration attempts, and avoiding exit strategies that transfer intellectual property to foreign control hostile to US interests,” the study adds. (Theresa Hitchens).