INCISIV National
Acasă Actualitate The drone’s mission set “could be anything from base defense to communications... 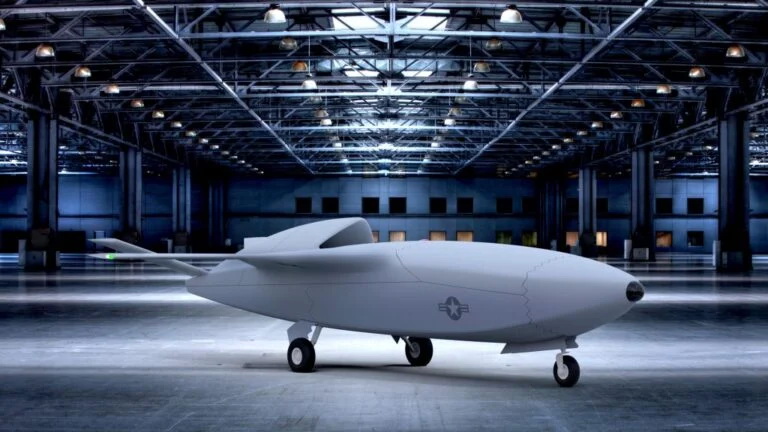 WASHINGTON: Before the end of summer, the Air Force will chose one or more of the four contractors vying for its Skyborg attritable drone program gets to build a prototype, with flight experiments planned for next year.

“[W]e will award, later this summer, the second delivery order, which will be the selection of prototype vehicles. And then the experimentation in ’21,” Brig. Gen. Dale White, program executive officer for Fighters and Advanced Aircraft at Air Force Life Cycle Management Center (AFLCMC), told reporters today.

What remains in the air, however, is how many of the four — Boeing, General Atomics, Kratos and Northrop Grumman — will receive a delivery order under the July 23 indefinite-delivery/indefinite-quantity (ID/IQ) contracts. The Air Force could award just one prototype contract, but its preference would be to do more.

“We’ll look at the four options — what the pricing is and so forth — and there’ll be a lot that goes into decide, number one, how many different vehicles we choose, how many we buy from each vendor, and all that,” White said. “I will tell you we’re very interested in getting as many different types of prototypes, and the quantity as much as we can afford.”

AFLCMC is the acquisition authority for the program, which is aimed at developing low-cost drones that can team with manned aircraft for various missions, working in partnership with AFRL. Skyborg is one of AFRL’s top-priority Vanguard programs designed to work directly with operators to speed needed capabilities to the field. Thus, explained White and his Air Force Research Lab counterpart, Brig. Gen. Heather Pringle, Skyborg is structured so as to simultaneously develop enabling technologies, build and test prototypes, and buy capabilities as they are iterated.

This means that there is no set schedule for when the UAV is slated to reach initial operating capability or be transferred into a program of record, the officials said. Instead, it will be a decision made over the course of the operational experiments based on the interest expressed by warfighters, and the Air Force’s acquisition authorities.

In order to carry out the operational experiments — which White was at pains to explain is different than operational testing, a later stage — the four vendors will integrate the AFRL-developed package of software that will form Skyborg’s ‘brain’ and give it autonomous capabilities. Integration is to be done by Leidos, which won a contract in May for Skyborg system design.

Neither Pringle nor White would go into detail about what those capabilities currently are. Pringle did say the goal is to iterate toward development of a high-functioning artificial intelligence (AI) capability.

“We are at the very early stages. So, ultimately, we are progressively adding to the autonomy and working with the warfighters and getting their feedback on what makes the most sense for the operational employment of these attritable aircraft as partners, as part of the team with the pilots who will be employing them,” she said.

Air Force acquisition chief Will Roper, however, has repeatedly said that his hope is that Skyborg can develop an AI co-pilot, a capability he nicknamed R2-D2 after the perky android co-pilot in Star Wars.

Neither would White or Pringle specify what missions are envisioned for Skyborg.

“We’ve identified probably, I would say, on the order of about 15 different mission sets and we’ve kind of time-phased those,” White said. “I don’t want to go into detail about those in this environment, but they’re very specific in a sense of things we think we need to be able to prove to being able to make this an operational capability.”

“I can tell you broadly, it could be anything from base defense to communications to sensing ,” White added. “I mean, there’s so much you can imagine.”

Pringle added that what missions ultimately are chosen for Skyborg is in large part up to the warfighters in the field. “They need to see the technology, they need to test it out and be part of those operational experiments that are ongoing,” she said.

As Breaking D readers know, Kratos is the maker of the XQ-58A Valkyrie, the only drone body that has carried the Skyborg package — so far.  However, a Kratos official noted in an email that the firm makes a number of UAVs and suggested that it might offer more than one airframe.

Boeing is producing its Loyal Wingman drone for the Australian air force, rolling out the first of three planned vehicles in May.

A new training network will simulate the effects of weapons — from mortars and grenades...