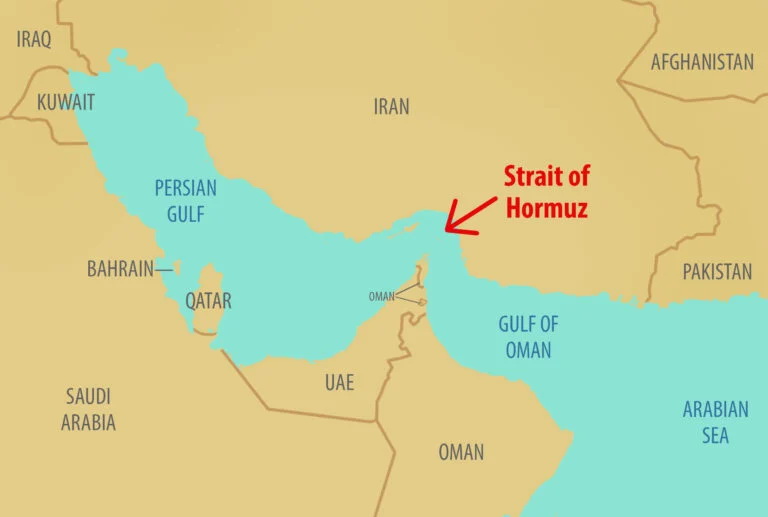 “Look at the map and you will understand the huge importance of the agreement,” one expert told Breaking Defense.

TEL AVIV: Yesterday’s public announcement of a landmark between Israel and the United Arab Emirates comes after years of low-key collaboration, especially against what both nations see as a common adversary: Iran.

There are already signs that UAE’s decision to establish normal diplomatic relations with Israel could inspire several other Gulf states to follow suit, part of a rising backlash among Iran’s neighbors against the Shia theocracy’s aggressive stance. UAE forces have fought Iran’s Houthi allies in war-torn Yemen.

But the UAE is particularly significant because it controls most of the southern shore of the strategic Strait of Hormuz, a vital channel for oil tankers which Iran – controlling the north shore – has repeatedly threatened to close. There are even reports in the international press of Israeli submarines operating in the area, allegedly armed with “special weapons” ready to retaliate if Iran launches its ballistic missiles at Israel.

“Look at the map and you will understand the huge importance of the agreement,” one expert told Breaking Defense.

No wonder, then, that Iran was swift to denounce the deal. An official statement said that the Islamic Republic of Iran condemned the UAE’s “shameful attempt” to normalize its relations with “the fake, illegal and inhumane Zionist regime” and warned against Israeli involvement in the Gulf. The Tasnim news agency, which is closely linked to the Iranian Revolutionary Guard Corps, emphasized that the Israeli delegations headed to the UAE to finalize the agreement will include the head of Mossad.

In fact, top officials of the Israeli intelligence agency have been frequent visitors to the UAE in recent years. There’s also been an influx of Israeli expertise in cybersecurity and big data analysis, both in the form of Israeli companies operating in UAE and UAE companies hiring individual Israelis. While official military-to-military ties are limited to occasional sharing of intelligence, there’s a growing group of Israeli military and security personnel who have taken jobs in the UAE after retirement or while on sabbatical.

One much-debated example is how UAE private security firm DarkMatter has systematically recruited former members of the Israeli Defense Force’s elite team of hackers, Unit 8200. Human rights activists have criticized such Israeli experts for assisting the UAE’s surveillance of anti-government groups, some of which are linked to Iran.

The new deal could now open the door for Israeli defense contractors to work with UAE as well. While direct arms sales to UAE are still not on the table, at least for now, new regulations on US aid dollars have driven many Israeli armsmakers to create subsidiaries in the US, which could act as a channel for cooperation.

“My assessment is that direct sales of Israeli made military equipment are something that will be evaluated in the future,” said Prof. Uzi Rabi, Director of the Moshe Dayan Center and a senior researcher at the Center for Iranian Studies at Tel Aviv University. “But at the same time,” he told Breaking Defense, “I see cooperation agreements where Israel will bring its expertise, and the UAE the funding, to develop certain homeland-security related systems.”

Rabi said that Iran is the biggest threat to the Emirates: “While on the surface there are very tight economic ties, Iran is a major enemy of the UAE and now will be even more aggressive.” (D.S.).

Even with the fielding of the Army’s future vertical lift capabilities years away, the service...