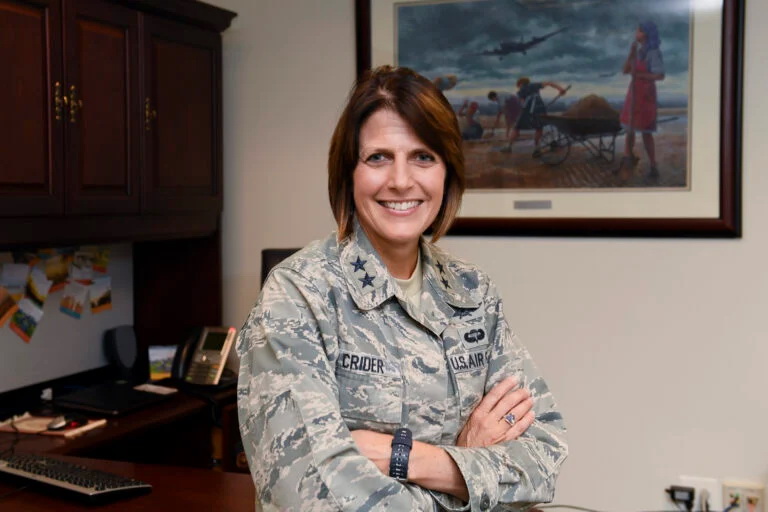 Adding cyber domain sensors to the dataONE library will help pinpoint how and where Russia, China and other adversaries are likely to attack US networks. The cloud-based dataONE leverages the Space Force’s  Unified Data Library (UDL) of space sensor data developed by Crider in her previous job as Air Force chief data officer.

The UDL is merging all Space Force sensors, both those based in space and those on the ground (radar and telescopes) for monitoring space, “into a single unified data environment,” Crider explained during the ASCENDxSummit on future space operations this morning. That environment allows “registering all of our data sources for operational understanding of the domain, and then tagging and registering that data for access and specific information about how best to use that data, and curating that data for operational use.”

In turn, dataONE is at the heart of the Air Force’s Advanced Battle Management System (ABMS), which the service envisions as a military Internet of Things (IoT) enabling command and control (C2) of future all-domain operations, she explained.

“There are significant amounts of space data assets available through the data library today, both military and commercial data sources can be accessed to authorized users, but [also] ground-based sensors, airborne sensors maritime sensors. And in fact we’re starting to bring cyber domain sensors, in federation with cyber data environments, into our overall dataONE architecture, and federated with the Unified Data Library ” she added.

Crider stressed that one of the fundamental tenets of the Space Force is that data is “paramount to space operations,” and that in turn access to space data is critical to the success of DoD’s high priority Joint All-Domain Operations (JADO) to defeat peer adversaries in future, high-tech warfare.

“Data is key to space. It’s critical to all-domain operations; it’s a centerpiece to it all. And we’re continuing to invest in that quite heavily for our own space capabilities, and partner with our joint all-domain ABMS partners to ensure that those capabilities are available for the larger problem set,” she said.

As Breaking D readers know, the next ABMS Onramp is scheduled for Aug. 30-Sept. 5, and will feature a simulated attack on US space assets and involve three combatant commands: Space Command (SPACECOM), Northern Command (NORTHCOM), and Strategic Command (STRATCOM). A third ABMS onramp later in September will support Indo-Pacific Command and SPACECOM, “connecting sensors and shooters in a geographic operational theater outside the U.S. for the first time,” according to a July 1 Air Force announcement. And, as Breaking D readers know, a fourth ABMS exercise in Europe is being designed to include NATO allies.

Crider stressed the Air Force and Space Force are working closely with Army, Navy and Marine Corps partners in developing the ABMS family of systems to implement JADC2 as the services and Joint Staff bear down on Defense Secretary Mark Esper’s order for development of a Joint Warfighting Concept to guide All-Domain Operations by the end of December.

“The Joint Staff recognized the need for Joint All-Domain C2 as a key concept within its Joint Warfighting Concept — that combatant commanders need to be able to access information from any domain, and quickly integrate that information to be able to develop insights and options for command and control decision-makers at the speed of war,” she said.