Acasă Anchete “They’re cleaning up a bit of ‘the who’s in charge’ of deciding... 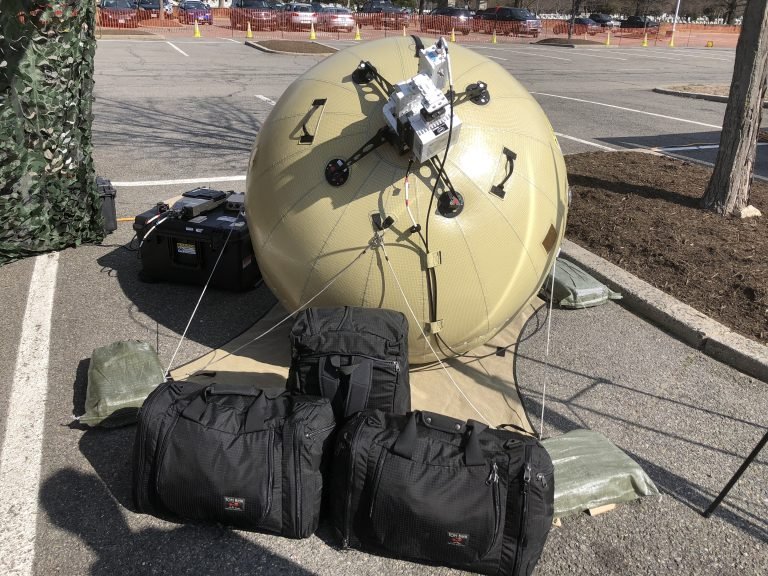 WASHINGTON: A revision of the Unified Command Plan (UCP) will delineate Space Command’s authorities more clearly, so its relationships with the other commands are clearer in the wake of the new command’s creation.

CLARIFICATION BEGINS. While the plan is no longer classified per se, it is considered FOUO, For Official Use Only, and generally posted on the classified internal DoD Secret Internet Protocol Router Network (SIPRNet). Thus, it is not readily available to the public. CLARIFICATION ENDS.

This will include giving SPACECOM the lead in deciding who gets priority use of communications satellites during combat, and what targets missile warning and space surveillance sensors are tasked to monitor, DoD sources say.

The UCP defines the authorities of and relationships between Combatant Commands, and is normally updated every year or two by the chairman of the Joint Chiefs of Staff for the president’s approval in his role as commander in chief. A new draft is siting on the desk of current Chair Gen. Mark Milley, according to DoD officials. The UCP also is usually updated whenever a new command is formed, or a standing command is given new jobs.

“The current UCP was signed by POTUS on 24 May 2019. The newest UCP is a draft titled ‘UCP 2020’ and is currently with the Chairman for his recommendation to SECDEF. The SECDEF can then, after his review, recommend approval by POTUS,” a spokesperson for the Joint Staff told Breaking D.

Update Begins. “For Global Sensor Management, there are a significant number of sensors that contribute USSPACECOM’s Space Domain Awareness and Missile Warning mission as well as to the Department’s Missile Defense activities,” a SPACECOM spokesperson told Breaking D in an email this evening. “The effective management of these global sensor networks is critical to ensure the capabilities are matched with missions. As for Global SATCOM Bandwidth Management, SATCOM is a critical capability to ensure the success of the Joint Force. USSPACECOM provides, protects and defends this capability to ensure communications for all Combatant Commands.”

As Breaking D readers know, SPACECOM was established as a new geographic command with an “area of responsibility (AOR)” that begins at 100 kilometers above sea level and stretches to, essentially, infinity. (At least it goes as far as the cislunar region between the Earth and the orbit of the Moon, according to the new Spacepower Capstone Doctrine.)

The upcoming revision of the UCP is thus necessary to enshrine SPACECOM’s authorities, responsibilities and roles in relation to the other Combatant Commands. While most of those responsibilities for space operations previously were assigned to Strategic Command (STRATCOM), DoD sources explain, some are being tweaked to reflect the Pentagon’s shift to a more space strategy more focused on combat.

(In the past, there was a very bright line drawn between the role of the geographic commands as commands who were supported by the functional commands, also called supporting commands. However, as Breaking D readers know, those barriers have eroded as the US military gears up to fight globe-spanning war with Russia and China. Indeed, there has been a long-standing debate about whether the distinctions should be eliminated altogether — and while we don’t know for sure, it is unlikely the new UCP will do so.)

At the direction of Milley, and his predecessor Gen. Joe Dunford, the Combatant Commands have been undertaking a series of Globally Integrated Exercises to sort out how to conduct operations that span more than one command’s AOR.

“The fact that the challenges posed by China and Russia go beyond the boundaries of INDOPACOM and EUCOM, respectively, call for a re-think of the UCP,” Tom Mahnken, president of the Center for Strategic and Budgetary Assessments, told Breaking D. “Dunford made those two commands global coordinators for thinking about those two competitors, but there is a real question in my mind whether the current construct of Combatant Commands fits the security environment of the 21st century.”

The results of those exercises and the developing global force management strategy being spearheaded by Milley will feed into what is expected to be a groundbreaking Joint Warfighting Concept, due to Defense Secretary Mark Esper by the end of the year, DoD sources say.

As Vice JCS Chair Gen. John Hyten explained back in January at the Center for Strategic and International Security (CSIS), the Joint Warfighting Concept will serve as the overarching concept for how the US actually fights in the future. And underneath that, he said, “will be capabilities and attributes that we need to be able to fight effectively in the 2030s and 2040s and beyond.”

Under the draft UCP, SPACECOM will take the reins in prioritizing which space-related sensors are tasked to what missions during global, all-domain operations. In particular, the UCP is aimed at ensuring a command authority has the power to balance between missile defense and space domain awareness (SDA) missions, one Pentagon expert explained. Why? Both largely rely on the same satellites and ground-based (radar and optical) sensors, including the current Space Based Infrared System (SBIRS) missile warning satellites. They will soon be replaced by the Next-Generation Overhead Persistent Infrared system satellites; as well as ground-based tracking radar such as the Missile Defense Agency’s Cobra Dane in Alaska.

“Global sensor management, similar to global SATCOM management, is something that’s been happening for a long, long time,” the Pentagon expert told Breaking D. “It’s just that they’re cleaning up a bit of ‘the who’s in charge’ of deciding which mode is a particular sensor going to be in at any given time of the day.”

The change will help clarify what has long been a bit of a sore spot as multiple commands and agencies have jockeyed for primacy regarding decision-making about tasking.

(However, as we reported back in April, the UCP is not expected to change the fact that the Director of National Intelligence is in charge of deciding what tasks take priority for the nation’s highly classified US spy satellites.)

Another of the UCP updates will officially transfer management of access to military SATCOM networks and bandwidth (as well as those commercial networks used by the military) from STRATCOM to SPACECOM, the Pentagon expert said. This will be followed by an update to the current Chairman of the Joint Chiefs of Staff Instruction on Department of Defense Satellite Communications (CJSCI 6250.01F) dated Feb. 26, 2019.

As we’ve extensively reported, managing access to limited SATCOM bandwidth is a job that is only going to grow more difficult as All-Domain Operations become the norm, especially as increasingly powerful, autonomous command and control networks suck up even more of the radio waves. This is one of the challenges that Gen. Jay Raymond, who earlier this month divested his SPACECOM commander’s hat to Army Gen. James Dickinson, sought to address in the Vision for Enterprise Satellite Communications (SATCOM) he signed in February.

Indeed, managing who gets top priority for SATCOM use on what network will be the job of SPACECOM’s new SATCOM Integrated Operations Division in Colorado Springs, along with figuring out how to cope with the increasing threat of jamming.

As Breaking D readers may remember, Army Brig. Gen. Tom James, now the head of Space Command’s Joint Task Force-Space Defense (JTF-SD), announced the plan this past August for the new division during the annual Space and Missile Defense Symposium in Huntsville.

The new division also will figure out how to “allocate the bandwidth across wideband and narrowband satellite systems in conjunction with geographical combatant J-6s (responsible for Command, Control, Communication, and Computers, C4),” James said. (Theresa Hitchens).