INCISIV National
Acasă Actualitate Existing amphibious ships might be the “Swiss Army Knife of the fleet”... 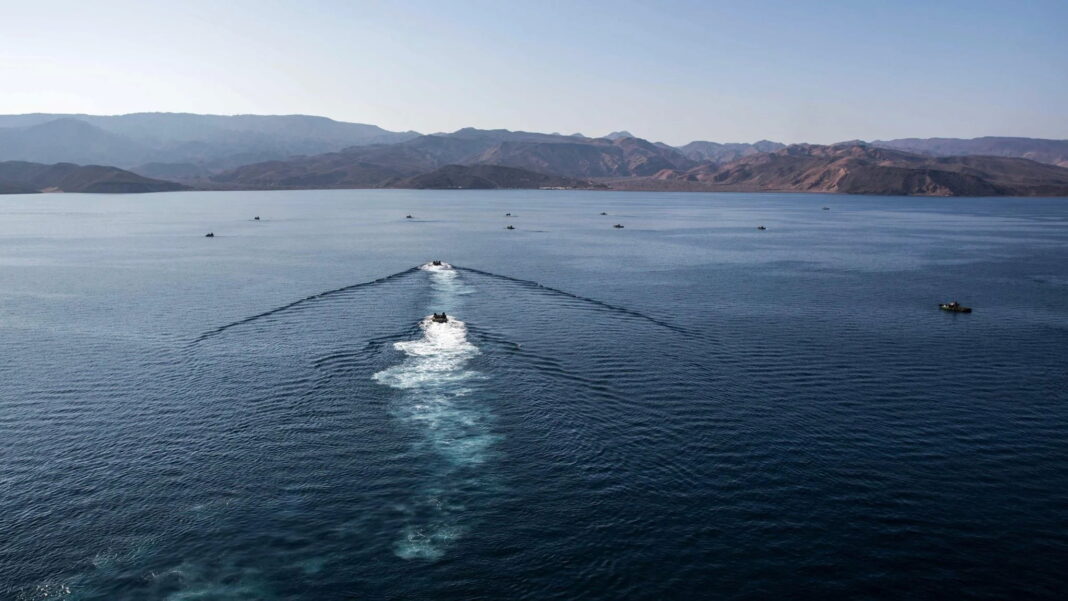 WASHINGTON: We’re getting the first glimpses of the Navy’s new force structure plan, as officials begin dropping clues about the Pentagon’s months-long effort to war game new plans for modernizing the Navy and Marine Corps.

Previous comments from the reform-minded Marine Commandant have suggested that those plans will include moving Marines from large, big-deck amphibious ships to smaller, faster and harder to track ships that can move Marines around contested areas in the western Pacific or the crowded Baltic Sea quickly.

And it’s become clear that one way to do that is to buy dozens of what’s being dubbed the light amphibious warship, or LAW.

“I think we’re late to need with building the Light Amphibious Warship, which is why we’re trying to go so quickly,” Marine Maj. Gen. Tracy King told the virtual Surface Navy conference Thursday. The Navy is looking to replicate what it did with the recent frigate award, which moved quickly to identify and buy an existing design to start building as soon as possible.

The small amphibs are being considered primarily for moving troops around faster than the big decks can, while providing presence in the littorals and operating among archipelagos while offering Chinese missiles and aircraft a smaller target. The Marines also want to make sure that the ships can defend themselves.

The emerging motto is, “if it floats, it fights,” King said. That also applies to the Navy’s existing amphibious ships, which outside of the Harrier jets, and increasingly, F-35s, have little offensive punch. The existing amphibious ships are the “Swiss Army Knife of the fleet,” he said, but “we need to increase the lethality on this ship. So, we want, when somebody jumps on it in the opening gambit, they’re gonna get surprised. And they’re gonna have the shock of their life.”

The idea is that the LAW will be able to carry excess fuel and supplies, but can also share information with other parts of the fleet hundreds of miles away. “I see these LAWs as part of Marine organizations,” King said. “And those larger Marine organizations being part of an Expeditionary Strike Group — that’s a little bit new. So, we’re evolving not only the stuff that we’re acquiring, but the way in which we’re going to use it and the way in which we’re going to fight it.”

Early plans suggest the Navy and Marines will buy as many as 30 of these ships between 2023 and 2026. In briefing slides presented to the defense industry this spring, the Navy said the 200- 400 ft. LAWs should be based on mature commercial designs that can carry a crew of 30 and travel 3,500 nautical miles.

With defense budgets expected to remain flat for the next several years at least, the new ships will have to fit within a constrained budget. And since they’ll be small, with only so much defensive capability, “she really needs to know what’s going on,” King said, “and she needs to have a sheepdog watching out for her. That might be an LPD-17, it might be a DDG Flight III, it might be an LCS, depending on what the fleet commander sees is the situation.”

The Navy isn’t only looking to go smaller in its new force structure plan. It also wants to build a new large surface combatant, with its requirements due to the Chief of Naval Operations by the end of the year.

Appearing alongside King, the navy’s director of surface warfare, Rear Adm. Paul Schlise, said the bigger ship is being envisioned as joining with Flight III Arleigh Burke destroyers “as the future high-end of our force mix in the surface combatant force.”

It’s not clear what the ship will look like, as the Navy has pushed back the start of the effort to 2026.

I asked the Navy’s top acquisition official, James Geurts, for details on how the service is moving out on plans for these new classes of ships before the Pentagon wraps up its wargaming and delivers the final shipbuilding and force structure plan this fall.

Geurts said the broad strokes of what the navy and Marine Corps are looking for is already clear, and planners need “to start dialing in and refining requirements” now. “And from that we’ll then be able to craft the acquisition strategy and work programmatic detail — I would say where everybody’s aligned on where we’re trying to go, we’re in the refinement process there, which will then lead to the acquisition strategy.”

Pentagon officials have said the force structure plan, originally slated to be released in February, remains on track for this fall. It’s unclear how much of it will be made public. (Paul McLeary).

“If we do come to blows with China, it’s gonna be very confused for the...

The company is using extensive automation and a new generation of high-efficiency gallium nitride materials...