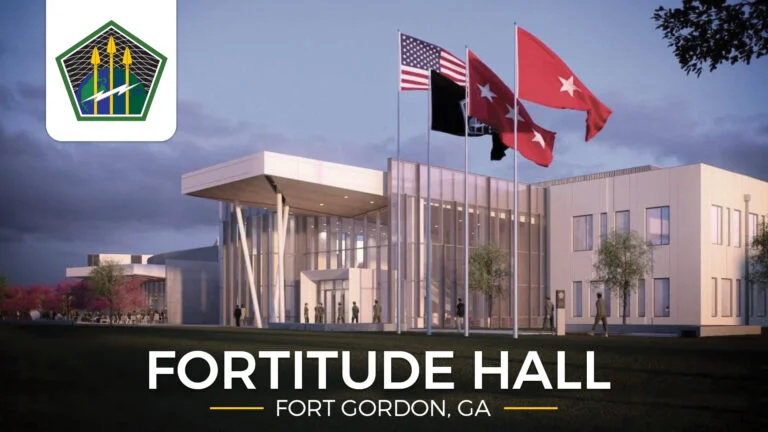 WASHINGTON: Army Cyber Command’s new $366 million headquarters at Fort Gordon, Ga. isn’t just a big building with a lot of computers in it. “This is a purpose-built weapons system,” Lt. Gen. Steve Fogarty, the ARCYBER commander, told reporters yesterday. “We are going to take a much more direct role in [cyber] attack.”

In 2018, the Trump White House gave the military much greater authority to infiltrate and attack foreign networks that threatened the US. But actually using that authority requires a highly-trained workforce – uniformed military, government civilian, and contractor – and a lot of technology.

“We probably have the best network in DoD right now,” Fogarty said. That’s because the new Fortitude Hall — named for the massive deception operation that convinced Hitler that the D-Day landings would occur in Calais, not Normandy – has more than 300 servers on site, over 3,000 miles of wiring, and high-speed connections to HQs around the world, both US and allied.

While Fogarty wouldn’t disclose which foreign nations are plugged in – that’s highly sensitive information, he said – we do know that Fortitude Hall connects to

“I don’t want to build a monstrosity. But I need deeper magazines on ships than...

“I don’t think we’re at the position to know both what the demand is, but...