INCISIV National
Acasă Actualitate The Corps is looking for a unit that is “very low signature... 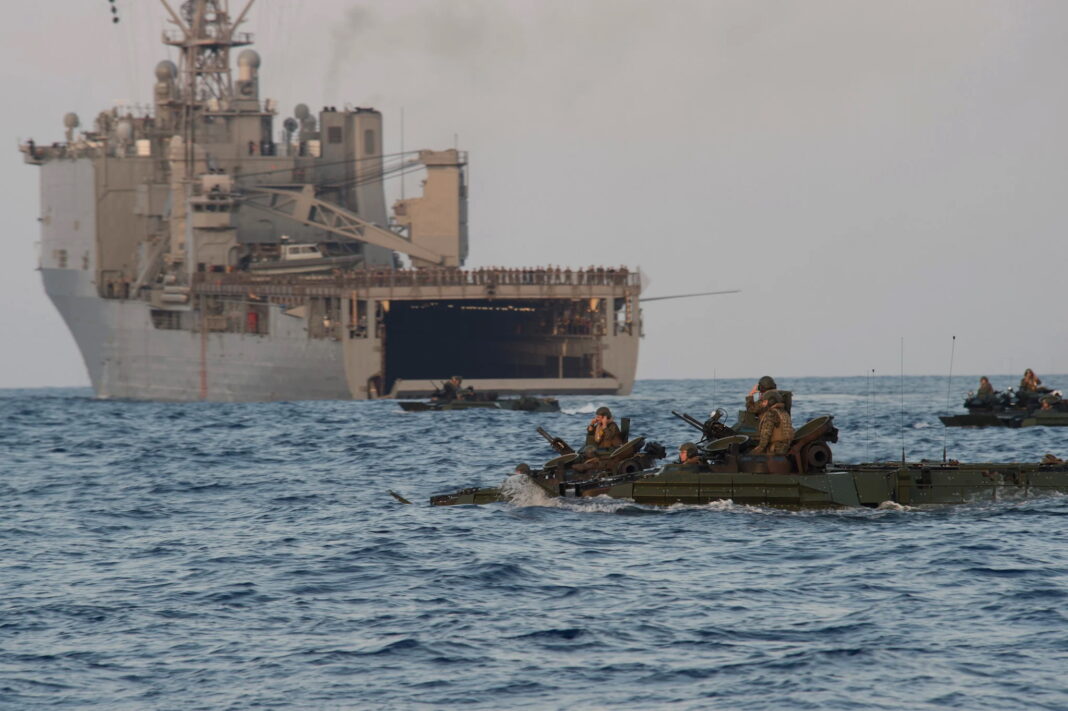 WASHINGTON: The Marine Corps is moving quickly to develop a new kind of infantry unit to challenge Chinese claims on small islands in the Pacific, while the Navy is developing new and smaller ships to move and supply them once they deploy.

The new Littoral Regiments won’t be fully fleshed out for several years, but Marine Corps leaders said today they will be bolstered by logistics and air defense battalions once they’re ready to go.

The Corps is wargaming “what assets would we be able to place in that battle space that are very low signature and that give us the firepower that we need to be a relevant force that provides consequences, should we get past the deterrence phase,”  Maj. Gen. Kevin Iiams, assistant deputy commandant of Combat Development, told reporters at the virtual Modern Day Marine event today.

The Corps envisions three new regiments, with two based in Japan and one in Guam.

Plans call for the regiment to undergo wargames and experimentation for about three years until a unit is fleshed out and ready to actually deploy.

The units are part of the Corps’ effort to move toward building a fast-moving, hard to detect “inside force” that can operate within range of Chinese and Russian weapons ranges while packing a potent offensive punch.

Over the summer, the Navy met with shipbuilders to talk about plans for a new class of logistics ship that can operate under fire and resupply Marines deep within the range of enemy precision weapons. The Next Generation Medium Logistics Ship would resupply both ships at sea, as well as small, ad hoc bases ashore.

There is also the Light Amphibious Warship, or LAW, which the Navy is working to define, which will be able to carry Marines as well as fuel and supplies — but also have the capability to share information with other parts of the fleet hundreds of miles away. “I see these LAWs as part of Marine organizations,” Marine Maj. Gen. Tracy King said last month, adding, “and those larger Marine organizations being part of an Expeditionary Strike Group — that’s a little bit new. We’re evolving not only the stuff that we’re acquiring, but the way in which we’re going to use it and the way in which we’re going to fight it.”

The Navy and Marines eventually hope to build over twenty LAWs, if the designs and cost per ship works out. (D.N.).

Applying AI to everything from predictive maintenance to financial management can save the military...