Acasă Anchete “It doesn’t take a rocket scientist to figure out that if Israel’s... 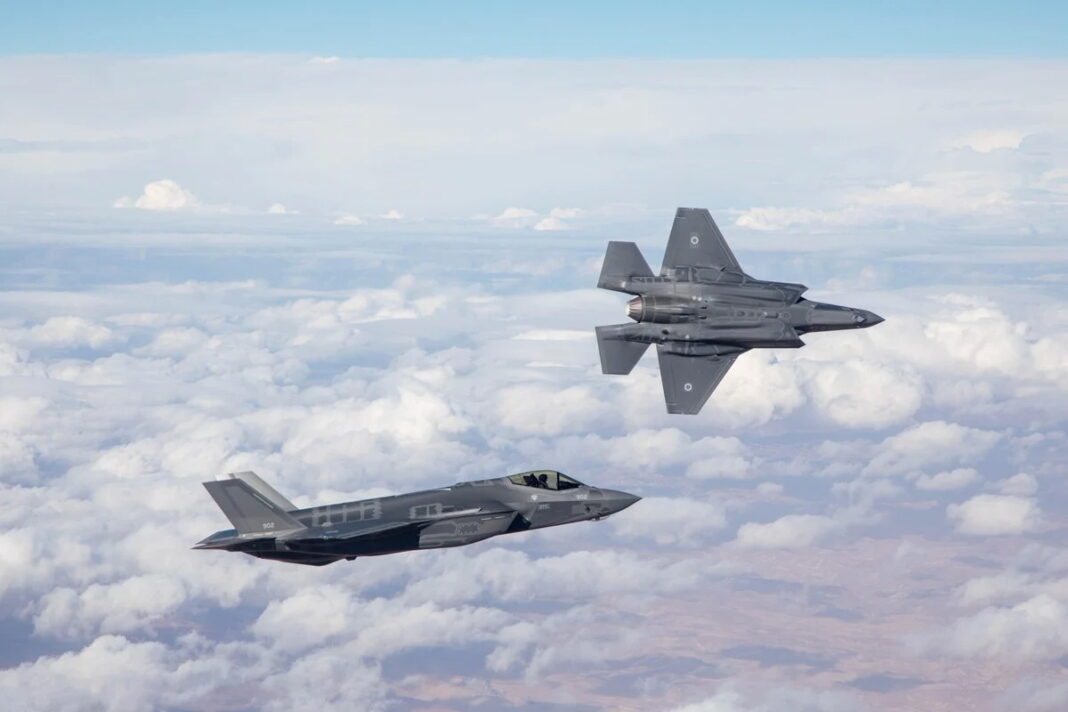 WASHINGTON: A top State Department official today skirted answering questions over the Trump administration’s possible sale of F-35s to the UAE in the face of bipartisan Senate concern over Israel’s continued military superiority in the region.

Asked about reports of the deal, the undersecretary of State for political affairs David Hale told the Senate Foreign Relations Committee there are talks ongoing about the UAE’s “security needs,” adding he was not aware if UAE had submitted a letter of request, a move needed to formally kick off the arms sale process in Washington.

Hale pledged that the administration would closely vet any possible sale and consult with the Israelis before moving forward, an answer that didn’t go far enough for several senators.

“With all due respect, it doesn’t take a rocket scientist to figure out that if Israel’s the only country in the Middle East that has F-35s, that selling it to someone else no longer produces that qualitative military edge in the air,” Menendez shot back.

Earlier this month, President Trump said he would have “no problem” selling the F-35 to the United Arab Emirates, despite discomfort expressed by the Israelis over remaining the only regional power in the Middle East with the aircraft.

“I would have no problem in selling them the F-35,” Trump told Fox News in an interview ahead of a signing ceremony at the White House documents normalizing relations between Israel, the UAE and Bahrain. Trump also expressed openness to selling the fighter to other countries in the region, saying “they’re very wealthy countries for the most part, like the UAE, and they would like to buy the fighter jets, and I personally would have no problem with it.”

But any sales have to be approved by Risch’s committee, where bipartisan skepticism currently pertains. “Any potential arms sales must continue Congressional consultations on meeting our obligation to retain Israel’s Qualitative Military Edge and satisfying the other requirements of the Arms Export Control Act,” Risch said Thursday.

Hale acknowledged as much, telling the lawmakers, “it’s important that above all, we preserve Israel’s QME but also meet the legitimate defense needs of our partners in the Gulf.

“We consult with the Israelis on any sale prior to proceeding with it,” Hale added. “Once we determine a particular course of action, I know that the Congress will also evaluate whether or not any proposed sale meets the standard of preserving QME.”

Menedez replied that while he favors consulting with the Israelis on the issue, “I’m talking about United States law. United States law is not subject to a foreign power deciding when it will be waived.”

The issue was likely a major topic of talks between Secretary of Defense Mark Esper and Israeli Defense Minister Benny Gantz on Tuesday.

Before the meeting, Esper assured the Israelis and Congress that the law, and the relationship between the countries, was top of mind. “I do want to say upfront for everyone that a cornerstone of our defense relationship is preserving Israel’s qualitative military edge in the region,” Esper said. “The United States is committed to that and the Department of Defense is committed to that imperative. We will continue to support the longstanding U.S. policy to maintain Israel’s security.”

The issue of the Trump administration’s arms sales to the Middle East have been a continuing point of friction between Congress and the White House.

In 2019, lawmakers were unable to overturn the president’s veto of their block on an $8 billion arms sale to Saudi Arabia and the UAE,  after the Trump administration declared an emergency to push through the deals. Democrats later charged Secretary of State Mike Pompeo with covering up the details of the deals by orchestrating the firing of an inspector general probing the emergency declaration.

“Data is key to space. It’s critical to all-domain operations; it’s a centerpiece to it...