Acasă Anchete “I don’t want to build a monstrosity. But I need deeper magazines... 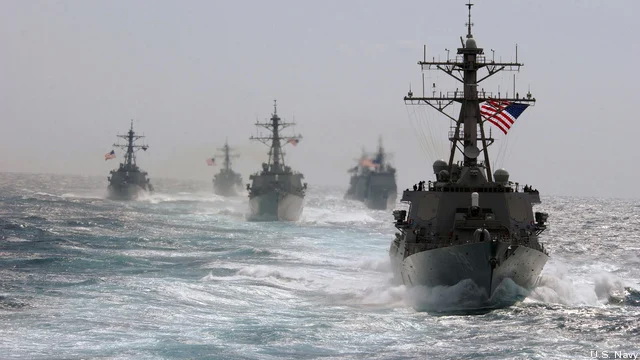 Adm. Michael Gilday offered a few clues about what he’s calling the DDG Next program, suggesting he’s looking for something bigger than the current Arleigh Burke destroyers, but smaller than the larger, problematic Zumwalts.

“I don’t want to build a monstrosity. But I need deeper magazines on ships than I have right now,” Gilday said during a virtual event hosted by Defense One. “I’m limited with respect to DDG Flight IIIs in terms of what additional stuff we could put on those ships,” but with new generations of Chinese precision missiles coming on line, he wants something relatively small and fast. “The idea would be to put existing technologies on that hull and update and modernize those capabilities over time.”

Gilday added that the approach of using as many mature technologies as possible has worked for the frigate program, which will begin construction next year. The Navy has neither the time or money to go with completely clean-sheet designs, partly due to the rapid expansion of China’s fleet.

“China is the strategic threat to this country,” he noted.

With new frigates, submarines, and ships for the Marine Corps all eating up chunks of the shipbuilding budget in the coming years, Gilday said the more existing kit that can be incorporated into the ship, the better. It’s the approach the Navy has used when building new generations of the Arleigh Burke destroyers, where “we put known systems that were reliable and were already fielded out in the fleet,” on the ships. “That’s kind of the idea. I call it DDG Next to kind of right-size it. Smaller than a Zumwalt but packing some heat nonetheless.”

Building a brand-new class of destroyers may mean they will compete for shipbuilding dollars with the new Constellation-class frigates, the new Light Amphibious Warships for the Marine Corps, three new classes of large, medium and small unmanned ships, as well as the Navy’s most expensive acquisition program, the Columbia submarine.

Navy Secretary Kenneth Braithwaite told me last week that he and Defense Secretary Mark Esper have come up with a plan to fund the new fleet through a mix of Navy funds and Pentagon money. Esper recently confirmed that the Navy shipbuilding account would grow from the current 11% of the Navy’s budget to 13%, a move that in 2021 would push the account to roughly $24 billion.

“My commitment to Dr. Esper was that, if I could get to 13% dedicated towards building ships, that he would then augment us and help us out…giving us additional [Pentagon] resources to be able to build ships,” Braithwaite said.

It’s not clear how much the proposed new destroyer would cost, how many would be built or when the first one might enter the fleet. But the Navy’s shipbuilding plan — slated to be released some time over the next several weeks — by all indications is setting the fleet on a course to get smaller, faster, and cheaper. Stay tuned for the details. (D.N.).

The Space Development Agency “could easily die away without anybody missing it,” said former Air...