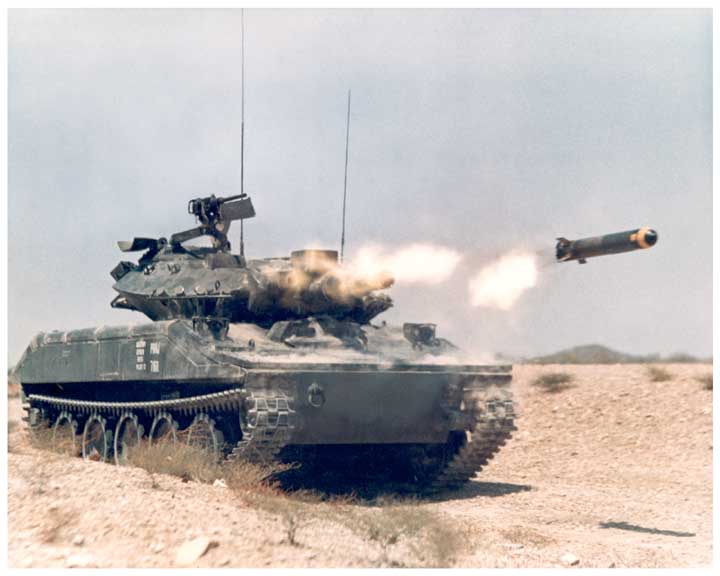 WASHINGTON: After 24 years without a light tank in Army service, soldiers will climb aboard brand-new Mobile Protected Firepower prototypes this January.

“It’s not just PowerPoint” anymore, Maj. Gen. Bryan Cummings, the Army’s Program Executive Officer for Ground Combat Systems (PEO-GCS), told me in an interview. “On Jan. 4th, we will have … vehicles arriving at Fort Bragg.”

Army experts have already started safety testing on prototype MPF vehicles, officials told me. Actual combat soldiers will start training on two platoons of prototypes in January –  four MPFs from BAE, four from rival General Dynamics – with field tests scheduled to begin in April. A formal Limited User Test will start in August or September, with the Army choosing the winning design in 2022 and the first operational unit of MPF entering active service in 2025.

A General Dynamics spokesperson told me they’ve already delivered five MPF prototypes to the Army, with two more in final checkouts and another five being built for delivery by the end of the year. BAE Systems is also building 12 prototypes, but they declined to say whether they’d delivered vehicles yet or not.

While the Army can’t comment on either contractor while the competition is ongoing, Cummings said, “both are on track to meet the major milestones” – despite the disruptions of COVID-19.

After three months of training, the troops will start what’s being called the Soldier Vehicle Assessment (SVA): four to five months of intensive field testing, including force-on-force wargames. It’s all part of the Army’s new emphasis on getting real soldiers’ feedback on new weapons early and often.

“The soldiers actually get to drive the vehicles around, shoot them, train with them,” BAE business developer James Miller told me. “Their feedback [is] likely to be the most critical factor … in the decision the Army’s going to make about who wins this contract.”

The soldier assessment isn’t just testing out the vehicles, however, Cummings told me: It’s also a test of the Army. Specifically, how can light infantry brigades, which today have few vehicles or mechanics, sustain and operate a 20-plus-ton tank?

The crucial distinction: MPF is not going to the Army’s heavy brigades, which have lots of support troops and specialized equipment to take care of tracked armored vehicles. Instead, 14 MPFs per brigade will go to airborne and other light infantry units, which haven’t had tracked armor since the M551 Sheridan was retired and its replacement cancelled in 1990s.

Now, MPF won’t be as fuel-hungry or maintenance-intensive as the massive M1 Abrams, America’s mainstay main battle tank. Even with add-on armor kits for high-threat deployments, it’ll be less than half as heavy as the M1. That’s because MPF isn’t meant to take on enemy tanks, at least not modern ones. Instead, it’s designed to be light enough to deploy rapidly by air, simple enough to sustain at the end of a long and tenuous supply line, but potent enough to take on enemy light armored vehicles, bunkers, dug-in machineguns, and the like.

That’s a tricky balance to strike. In fact, the Army has never found a light tank it really liked despite decades of trying. Only six M22 Locusts actually fought in World War II, the M41 Walker Bulldog was too heavy for airborne units, the M551 Sheridan was plagued by technical problems throughout its service from Vietnam to Panama, the M8 Armored Gun System and the Future Combat System were both cancelled.

So how do BAE and General Dynamics plan to square this circle?

General Dynamics emphasized lethality in their interview with me. Their Lima tank plant builds the M1 Abrams, and while the MPF is smaller – though the company didn’t divulge details, GD’s version reportedly has a 105mm cannon, compared to the Abrams’ 120mm – it will have the same fire controls and electronics as the latest model of its big brother.

“If you sat in a Mobile Protected Firepower turret, you would think you were sitting in a [M1] SEPV3 turret,” a GD spokesperson told me. “It’s all the same displays, architectures, power distribution, etc.”

GD’s design evolved from their Griffin demonstrators, prominently displayed for several years at AUSA annual meetings. It’s got automotive components derived from the ASCOD/Ajax family widely used in Europe and an 800 horsepower engine. GD didn’t tell me how much their vehicle weighed, but, depending on the armor package installed, the demonstrators ranged from 28 tons to 50 tons. Those figures would give horsepower/weight ratios ranging from 28 hp/ton, better than any model of the Abrams, to 16, which would make MPF much more sluggish.

BAE, by contrast, emphasized their design’s compactness and ease of maintenance – considerations as critical as firepower for a light infantry unit. BAE actually built the M8 AGS cancelled in the ’90s drawdown, and while they’ve thoroughly overhauled that design for MPS with a new engine, new electronics, and underbody blast-proofing against roadside bombs, they’ve tried to preserve its airborne-friendly qualities.

“The old M8 fit inside a C-130; in fact, it was air droppable,” Miller told me. “There’s no requirement for that in the current MPF program, but we decided to stick with that as a design constraint: [Our MPF can] fit inside a C-130; we can do three on a C-17.”

BAE’s engine is less potent than GD’s, with only 550 horsepower. With the base configuration coming in at under 30 tons, that equates to over 18 hp/ton, with heavier armor packages reducing performance from there.

But the big selling point of the engine is ease of access, Miller argued. Engine maintenance on a tank requires a crane and partially disassembling the armor, but a mechanic can slide the BAE MPF’s engine in and out of the chassis with a hand crank. If the MPF breaks down or gets stuck, it can be towed away by a truck, without requiring a special heavy recovery vehicle as an M1 does.

“The infantry brigades are light. They don’t have long logistics tails. They don’t have a ton of mechanics and recovery vehicles,” Miller emphasized. “The vehicle has to be as mobile as them and fit inside their organization.”

The Army estimates the life-cycle cost of MPF, from development to procurement to maintenance and retirement, at $16 billion. Whichever vehicle wins the Army contract will have an edge in sales worldwide – including, potentially, to the Marine Corps, which is retiring its M1s as too heavy for modern amphibious warfare. (Sydney J. Freedberg Jr.).

In rejecting Chinese claims to the South China Sea, the Trump administration is in the...

AI is a key growth investment area for DoD, with nearly $1 billion allocated for...