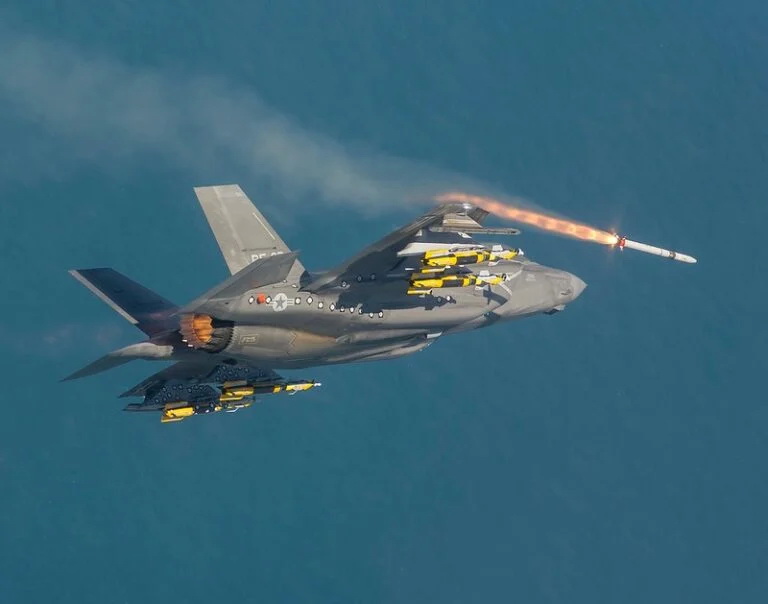 Our first story from our new Middle East bureau appears below. Riad Kahwaji, perhaps the most respected defense journalist in the region, details for our readers the remarkable progress Israel and the UAE have made in less than six weeks and compares it to the adumbrated results of the 41 years that have passed since Israel and Egypt made peace. You’ll be seeing much more of this sort of excellent coverage for us from Dubai. Read on! The Editor.

DUBAI: The United Arab Emirates (UAE) and Israel are making greater strides at normalizing relations more quickly than many had expected, and the scale of progress already dwarfs the size of the very limited normalization reached between Egypt and Israel — even though they signed their peace treaty in 1979.

As soon as the UAE-Israeli treaty was ratified, both states embarked on swift moves of implementation that included major steps such as lifting entry visa requirements on nationals of both countries, running regular commercial flights between the two states, and creating a joint investment fund. There are even reports of plans for a highway and train-track linking both countries and an oil pipeline from the UAE to Israel.

However, experts warn this whole process could be derailed quickly if Israeli partisan power politics leads to attempts to infringe on UAE sovereignty or to obstruct the sale of F-35 warplanes by the US to the UAE.

The UAE signed its peace treaty with Israel on September 15, thus leading the way in a U.S.-brokered process known as the Abraham Accords, which has so far seen one other Arab country, Bahrain, come on board, and another one, Sudan, commit to signing a normalization peace pact with Israel.

Most Egyptian experts are not surprised by the much greater scale of normalization by UAE and Israel and attribute this to several factors.

Israel fought three wars with Egypt and occupied part of its land, while it did not fight any wars with the UAE or other Gulf Arab states, Gamal Soltan, a senior fellow at the Al Ahram Center for Political and Strategic Studies in Cairo, said: “The Egyptian government was mainly interested in liberating its territories and ending the state of war with Israel, but did not pursue normalization of relations because the culture and civil society groups were opposed to it.”

Soltan pointed out there were actions by Israeli governments that did further hinder normalization efforts, especially the Israeli refusal to pull out from Taba and two other settlements in Sinai, which led to both sides seeking international arbitration that ruled in Egypt’s favor and ended the occupation. “The Israeli attempt to retain Egyptian territory reinforced feelings of distrust and killed chances of normalization on the popular level,” he noted.

The situation is different in the UAE. The country is a cosmopolitan international business hub home to ten million expatriates from all over the world, and receives millions of tourists and businessmen of all races and religious affiliations every year. It has mosques, churches, synagogues and temples of other faiths. Seeing Israeli Jews will not be a shock to the society.

The UAE is a melting pot of many cultures and has taken genuine steps towards normalization on state and public levels, Abdulkhaleq Abdullah, a professor of political science from the UAE, told me. “But the Israelis should be aware that the UAE will not take lightly any attempts to carry out espionage on its territories and will not accept moves to hinder the F-35 deal.”

Abdullah was referring to the assassination of the Hamas leader Mahmoud Al-Mabhoh by Mossad agents in Dubai in 2010. One UAE official source who asked not to be named said the UAE-Israeli normalization could have happened much sooner but for that assassination.

“If Israel tries in the future, whether directly, or indirectly, through its strong lobby in the U.S. to torpedo the F-35 deal, the UAE will very likely react negatively in a way that would hinder the normalization process,” added Abdullah. The UAE opened the door for the Abraham Accords, and any setback on its side would likely affect normalization tracks in other countries.

The UAE has already submitted a formal request to the U.S. government to purchase 24 F-35 fifth generation stealth fighters. The Trump Administration has sounded an initial approval to the deal but it still has to gain approvals of many branches of the U.S. government, including Congress. UAE sources expect the administration to fast-track the process to gain Senate approval before end of the year.

After the Israeli media and officials showed mixed feelings about the UAE F-35 deal, the government came out later to express “no objection.”

Israeli Prime Minister Benjamin Netanyaho and his coalition partner, Defense Minister Benny Gantz, have stated on October 23 that Israel will not oppose the U.S. sale of “specific weapon systems” to the UAE, in an apparent reference to the F-35 fighters.

However, both U.S. and Israeli officials have reasserted the need to maintain Israeli military superiority in the Middle East region.

Israel has so far been the only Middle Eastern country to operate the F-35, and whenever the UAE request goes through it will be the first Arab country to acquire the advanced warplane. As Breaking D readers knew first, Netanyahu secretly approved the F-35 sale before the normalization agreement was struck.

Israel and the UAE share a common perception of Iran as a major security threat to them and the region. The peace treaty will mostly likely enhance the level of security cooperation and defense industrial collaboration between the two.

“It is very important for Israeli officials not to make the UAE subject of their internal political campaigning, and the target of populist propaganda to win votes, because this will most certainly undermine trust and the whole normalization process,” Abdullah advised. “Learning from past mistakes is crucial for the success and endurance of the Abraham Accords process that have the potential to change the geopolitical landscape of the region.” (D.S.).

Three American carrier strike groups are moving in the Philippine Sea while China shuts down...