INCISIV National
Acasă Armata A new rule passed by Congress in 2017 requires that the vice... 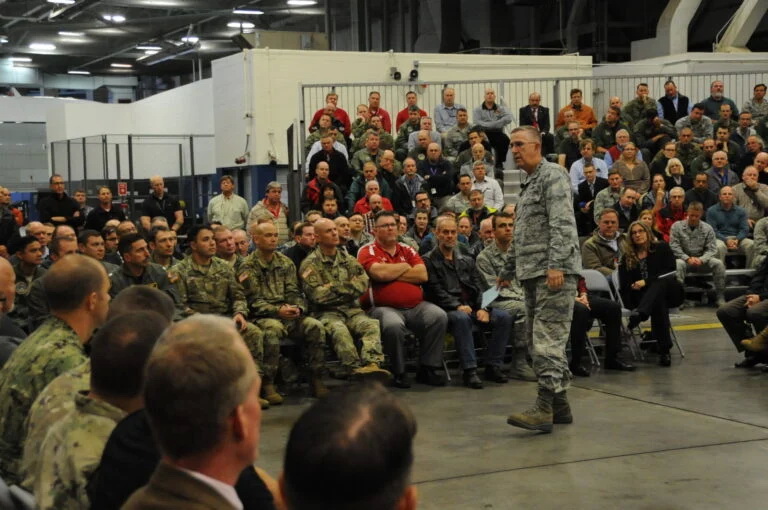 WASHINGTON: The Vice Chairman of the Joint Chiefs of Staff will step down after just two years on the job, thanks in part to a little-noticed change in the law in the 2017 defense bill.

Air Force Gen. John Hyten, who was sworn in last year, will step down at the end of his first two-year term, his spokesperson confirmed today. He will not seek a second two-year term.

“Gen. Hyten has always understood his tenure as Vice Chairman of the Joint Chiefs of Staff would last two years and plans to retire upon the completion of his term,” spokeswoman Maj. Trisha Guillebeau said. “The next Vice Chairman will serve a four-year term. The intent of Congress was to offset the Chairman and the Vice Chairman positions by two years.”

If Hyten had decided to look to be re-nominated in 2021, his next tenure would be a full four years, giving him six years total in the demanding job.  November 2021 will also give Hyten exactly 40 years on active duty, a point when most, if not all, officers would have retired.

Whoever is nominated in 2021 will be the first to serve a four-year term.

The intent of the 2017 change in law was to ensure the chairman and vice chairman positions overlap by two years, offering some continuity between administrations instead of a new team coming in and then leaving at roughly the same times.

Almost all chairmen and vice chairmen have been easily re-nominated for a second two-year term, including Hyten’s predecessor, Gen. Paul Selva. One notable exception was Adm. Edmund Giambastiani, who retired in 2007 after less than two years in office.

An added complication is the ruling by a federal judge last month that a suit filed against Hyten by retired Army Col. Kathryn Spletstoser over an alleged 2017 assault could proceed.

Spletstoser filed suit after separate investigations conducted by the Air Force and the Senate found no evidence of any kind to back her claims.

Missile defense sensor is hitting all the marks.