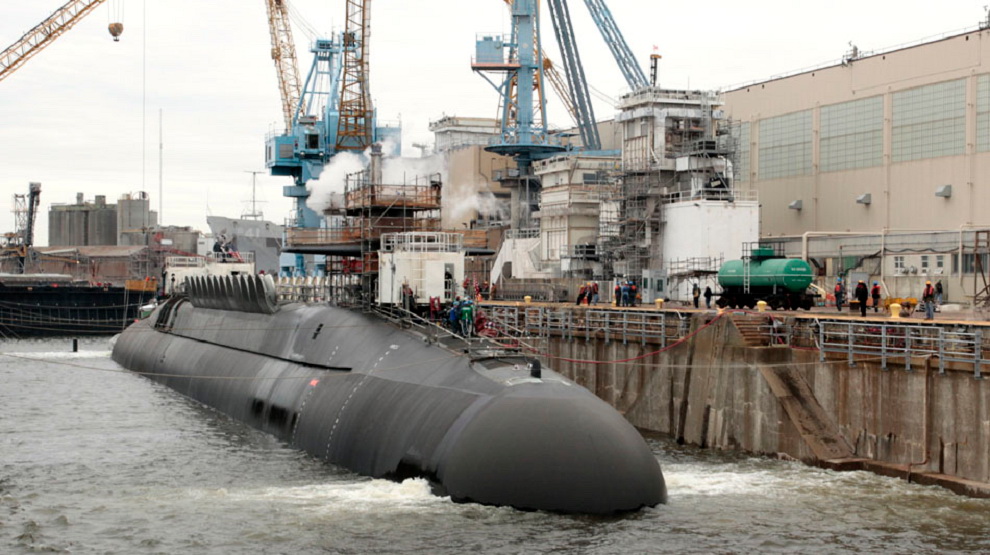 The Navy appears to be moving forward with plans to add dozens of attack submarines to the fleet, despite the lack of a larger plan to modernize the service which has been hung up within the Trump administration since February.

Indications are that Battle Force 2045 calls for growing the attack submarine fleet to 70 or 80 ships, a dramatic increase from the 50 currently in the fleet. The growth rate is made even more challenging when looking at the shipbuilding schedule as it stands now, which calls for the sub fleet to fall to 42 ships later this decade.

The architect of the plan to swell the fleet to some 500 ships, former Defense Secretary Mark Esper, was fired by tweet last week by the president, though work to find money to fund it has continued at the White House.

Esper’s Battle Force 2045 plan was sent up to the White House more than a month ago, but despite some barnstorming by National Security Advisor Robert O’Brien at Navy shipyards last month, there have been few clues about what’s happening with the plan.

Navy officials in charge of the submarine fleet appear bullish on the prospects for their arm of the service, however, as the rise of China as a global naval and military power, and continued Russian advances with its submarine fleet point to a future where the Navy will place a premium on its undersea capabilities.

That was a running theme of a virtual submarine conference held this week, where admirals outlined plans for putting hypersonic missiles and new ship killing missiles on their submarines, and suggested they’re ready to build more ships, more quickly.

“We are a force that’s in very high demand,” Adm. Frank Caldwell, director of the Navy’s Nuclear Power Program said at the Naval Submarine League gathering. “The deployed OpTempo is very high right now and our boats and our crews are stepping up to the challenge,” despite Covid restrictions straining crews, their families, and the building and repair of subs at shipyards.

To increase the fleet the Navy is going to have to build at least three new attack submarines a year, something it hasn’t done since the height of the Cold War.

“We are in the initial studies of doing that analysis of how you go ramp up for three a year,” Rear Adm. David Goggins, the program executive officer for submarines said at the conference. He expressed “full confidence we can ramp up” to three per year despite ongoing delays in Block IV Virginia-class construction this service is currently working through.

Without a significant increase in the Navy’s budget, however, the kind of growth envisioned by the Navy, and some Pentagon and White House officials, won’t be possible.

The details of Battle Force 2045 and how it would be funded are expected to be briefed to Pentagon leadership in the coming days, now that the Office of Management and Budget has largely wrapped up their work.

It’s not at all clear how much of that effort will remain intact under the Biden administration, though the alarm of the Chinese military buildup has become a bipartisan concern.

Several sources have suggested that the White House might add as much as $16 billion to the Navy’s shipbuilding budget in the 2022, with as much as $10 billion of that coming from elsewhere in the Pentagon. We reported last week that the Army and Air Force are likely to be billpayers. The White House requested $19 billion for shipbuilding in the 2021 budget which is currently in conference negotiations on Capitol Hill, meaning the 2022 ask could potentially clock in at over $30 billion.

Navy Secretary Kenneth Braithwaite said last month he and Esper had developed a plan to fund the new fleet through a mix of Navy and Pentagon money. Esper had indicated the shipbuilding account could grow from 11% of the Navy budget to 13%, a move that would push the account to roughly $27 billion, but the new numbers suggest that could go even higher if the navy and other parts of the Pentagon cut  deeply enough.

Some of that extra money will go directly into the submarine account.

The new Columbia-class subs are accounted for, but new attack boast would be added cost.

“Three submarines per year is completely unachievable within the Battle Force 45 cost constraints,” as originally laid out, said Bryan Clark of the Hudson Institute. “To get that third submarine every year, you had to add money to the shipbuilding budget, and that’s $3.5 billion for additional block five submarines or block six or seven. So that would be paid for by money from elsewhere in the Navy or elsewhere.” Clark and his team at Hudson advised on the shipbuilding plan that remains at the White House.

To get to get up to 70 or 80 submarines in the coming decades would cost around $70 billion, but with the Navy’s new frigates, amphibious ships, and aircraft carriers also baked into the budget, “you’re probably going to have to take that from another service, I didn’t see there being that much fat left to trim in the Navy,” Clark added.

The House Appropriations defense subcommittee is recommending a $22 billion shipbuilding budget for 2021, while its Senate counterpart set a $21 billion topline. Conference negotiations are expected to begin in December.

The conference and final 2021 budget will almost certainly be finished by time the Biden administration is sworn in, but it is not clear that President Trump would sign it with so little time left in his administration, and his ongoing objection to Democratic provisions that would rename military bases that honor Condederate generals. However it shakes out, the Biden administration will have major decisions to make on Navy shipbuilding issues, decisions which have been hanging in the air fort almost a year.

Four bases around the country will pioneer military use of the new high-speed communications network...

ROMANIA CYBER AND COMMUNICATIONS STRATEGIES at the Black Sea Macro Zone to enrich the global...