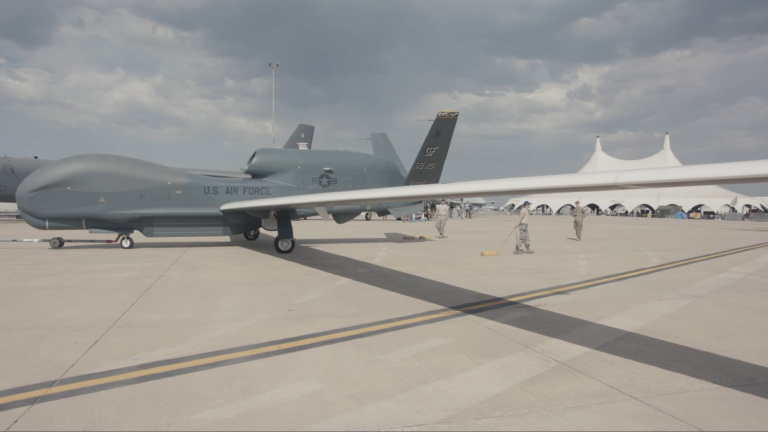 BEIRUT: The prospects for developing an indigenous unmanned platform for by the GCC countries or some mix of Middle Eastern countries are not bright, regional experts tell Breaking Defense.

The most significant challenge is the absence of common military doctrines and systems, Abdullah Al Jenaid, a Bahraini strategic expert and political researcher, says.

For example, even though the United Arab Emirates and Kingdom of Saudi Arabia share some of the same strategic objectives in their Visions 2030s about localizing their military industries, each country has a unique industrial model.

“One example is the F-16 Block 60 acquisition program in which the UAE has worked closely with Lockheed Martin on standard specifications manufactured specifically for the UAE Air Force,” Al Jenaid tells me. This shift in the acquisition philosophy, he said, in addition to the home-grown private defense industry, “placed the UAE on the map of international manufacturers.”

The Saudi model, on the other hand, seeks to “accelerate the rehabilitation of localizing the knowledge concept instead of just transferring it through its national defense industries, joint ventures, and R&Ds in line with its National Vision 2030,” he says.

Other challenges, Al Jenaid explains, are the lack of company funding — outside the framework of the state – and the reluctance of the private sector to engage in long-term capital-intensive work without buyback guarantees from governments. Add to those the absence of an industrial and technical sector capable of supplying this field with the human resources they need.

How To Make It Work?

For Mohamed Al-Kenany, military researcher and defense analyst at the Arab Forum for Policy Analysis in Cairo, Arab countries — mainly Egypt, the UAE and KSA — must join forces to standardize their defense needs as well as enhance their scientific research budget through a proper joint venture.

“Dividing the work is a good strategy to come up with a unified UAV system while providing the critical components locally,” he said. The JV could include boosting the level of common scientific research, harnessing scientific capabilities, and understanding who will design and manufacture what, he told me.

A good way to achieving that, he said, would be to revive the work of the Arab Organization for Industrialization, an Egypt-based military organization established in 1975 by Egypt, the Kingdom of Saudi Arabia, the United Arab Emirates and Qatar to supervise the collective development of the Arab defense industry.

“Among ten other factories, the organization owns the aircraft and electronics plants which could set the base for launching such a project, with the cooperation of the Ministry of Military Production and Armed Forces, to harness the Egyptian capabilities and expertise in order to cooperate with their counterparts from similar entities in the UAE and Saudi Arabia,” he said, adding that “with the help of the necessary technologies and technical expertise from international partners, Arab countries could hence achieve the required integration to implement the project.”

For Al Jenaid, the strategic integration between Saudi Arabia and UAE is a must, given that they share similar sources of threat to the Gulf national security.

“The concerted efforts of this sector will also save a lot of effort, time and capital, and countries will also benefit from their own experiences in the UAV domain,” he explained, adding that the growth of this sector will help attract large manufacturers as it provides advanced solutions to large customers, in addition to its proximity to other developing markets like India and Africa.

Retired Kuwaiti Air Force Col. Zafer Alajmi sees little room for improvement in that sector, however. “It would be easier, faster and more reliable for Arab countries to import rather than manufacture their own unmanned systems,” he said.

“You can’t force them to join forces if things don’t work in their interests,” he adds, as they represent different private sectors and “as much as there are complementary projects, competitiveness is still there.”

The industry, however, is doing the best they can to ensure proper cooperation.

In an exclusive interview with Breaking D, Ali Al Yafei, Chief Executive Officer at ADASI, a part of Emirati EDGE Group, says that fostering strategic partnerships is a key pillar of the group’s operating model.

“At ADASI, we are in line with this approach and are currently seeking to strengthen both regional and international relationships to build upon our legacy,” he said, adding that the UAE drone market is expected to grow, “with its growth attributed to the rising demand for military drones.”

Headquartered in the UAE, ADASI specializes in creating robust unmanned systems that can perform challenging and strategically demanding tasks. Recently, the company revealed its Garmousha, a next-generation, light unmanned aircraft system (UAS) designed to carry payloads of approximately 100kg. The platform has an endurance of six hours – equivalent to a range of 150km and can perform across a diverse range of missions to meet defense and security force requirements, including ISR missions.

“UAVs are rapidly advancing in terms of capability and are growing in popularity, with an increasing number of uses across the military sector among others,” the CEO told me. “Drones have become critical to the functions of organizations and industries, increasing efficiencies, improving accuracy, and resolving security issues across borders, with the capability to reach the most remote areas with little manpower required – time, energy and financials are saved.”

Garmousha’s main competitors are based in the U.S, China, and Europe. “There are currently no platform systems like it in the UAE,” Al Yafei concluded, “which enables us to position ourselves on the leading-edge of tomorrow.”

The Saudis are also working on expanding their UAV market. In 2019, Ali Al-Shehri, director of the National Center for Aviation Technology at Saudi Arabia’s King Abdulaziz City for Science and Technology (KACST), told me the city is developing its Saqr 1 and Saqr 4 drones, including air dynamics, design of structures, propulsion systems, communication, and control systems.

Saudi Arabia is also planning to build the Chinese CH4 Rainbow reconnaissance and attack drone domestically. Back in 2017, KACST signed a partnership with the state-owned China Aerospace Science and Technology Corporation (CASC) to establish a manufacturing plant in the kingdom for the CH (Cai Hong or Rainbow) series of UCAVs. (Chyrine Mezher).

The emergence of drone warfare leads to new anti-drone technologies to detect, identify, and defeat...