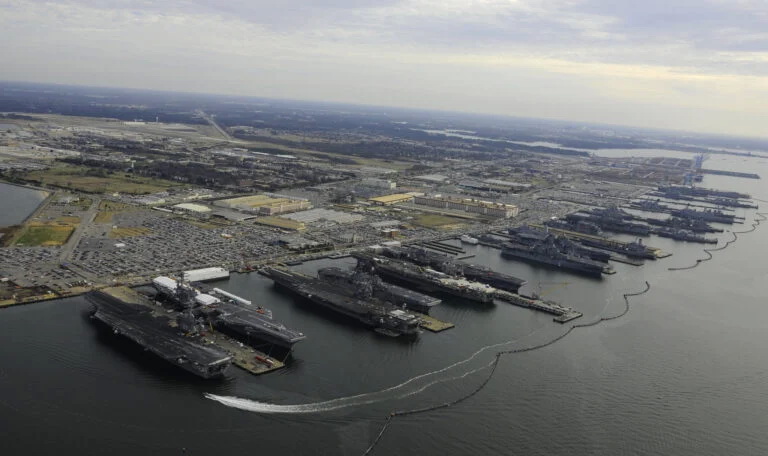 A new 30-year Shipbuilding Plan is due with the 2022 budget submission expected in March or April, while the Future Naval Force Study (FNFS) would require tens of billions more to be pumped into the Navy’s shipbuilding account — a plan that might end up being a non-starter for the new administration saddled with billions in Covid costs and a skyrocketing debt.

Austin said as much in his written responses, confirming he will “review both the Future Naval Force Study and shipbuilding plan in detail and work with Navy leadership to develop a well calibrated shipbuilding plan,” while taking a fresh look at the “Navy’s assessment of current and future risks in performing its assigned missions, and in supporting the requirements of the joint force, and work with Navy leadership to address those risks.”

Both plans were delivered one month after Trump lost the presidential election to Joe Biden, relegating them to placeholder status until the new team came in.

The path to finally getting Esper and the White House’s sign-off of those two documents was a months-long process for the Navy, and saw two Navy secretaries try to get it done while Congress grew increasingly angry about having their demands for a plan ignored.

“If you’re the new administration you’re coming in, you’re saying the Navy is kind of in a mess right now,” said Bryan Clark of the Hudson Institute. “They just put out this completely unaffordable shipbuilding plan and they’ve got a fleet architecture that has some strong thematic elements, but is not necessarily sustainable over the long term.”

The Biden administration’s foreign policy and defense priorities are beginning to come to light, with Austin and Secretary of State nominee Antony Blinken today testifying that China is the biggest challenge militarily and diplomatically.

Austin wrote in his responses to the question that “China’s military modernization, coupled with its aggressive and coercive actions, presents an increasingly urgent challenge to our vital interests in the Indo-Pacific region and around the world.” and the Biden administration “will view China as our most serious global competitor and, from a defense perspective, the pacing threat in most areas.”

In recognizing this, the US must invest to maintain American technological dominance and develop “new concepts and capabilities to counter China across the spectrum of conflict; updat[e] U.S. force posture in the region, including through the Pacific Deterrence Initiative; and strengthening our alliances and partnerships,” Austin wrote.

The big question, however, will be how much of the belated $147 billion shipbuilding plan announced in December will be tossed over the side once the 2022 budget is unveiled.

It’s not at all clear that the Navy is wedded to that vision. The service’s distancing began with its Dec. 10 rollout by several admirals who requested anonymity to describe it to reporters. It would take weeks before the CNO Adm. Mike Gilday or Navy Secretary Kenneth Braithwaite uttered a single word of support for it, a profound reaction for a plan that would add billions to their budget and supply dozens of new ships.

The work on a new budget and shipbuilding plan will have to come alongside critical decisions over what posture to take in the Pacific, where the 7th Fleet has been running more Freedom of Navigation Operations (FONOPS) in the Taiwan Strait. The Dec. 31st transit by two Japan-based destroyers marked the 13th mission through the sensitive strait in 2020, and came as China was kicking off a major war game in the South China Sea.

The effects of the European Ecological Pact and the National Recovery and Resilience Plan on...