Acasă Anchete „Information gathered up to and through Tracking Layer Tranche 0 will help... 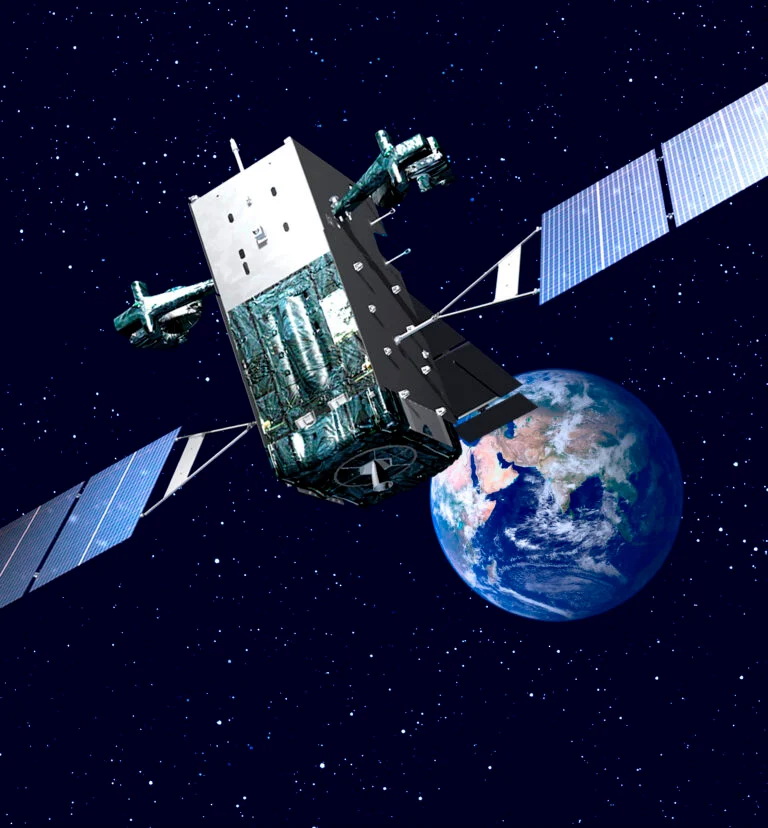 WASHINGTON: DoD’s plans for a new network of low-cost missile tracking satellites is now taking shape under the direction of the Space Development Agency. And key to that network will be space-based laser communications capability linking those myriad satellites together.

The latest step in the building the network is the Missile Defense Agency’s awards to L3Harris and Northrop Grumman to demonstrate a new space-based sensor for tracking hypersonic missiles.

The Hypersonic and Ballistic Space Sensor (HBTSS) satellites will form part of SDA’s “Tracking Layer” in Low Earth Orbit (below 2,000 kilometers in altitude). MDA awarded L3Harris a $121 million contract on Jan. 14; and Northrop Grumman $155 million on Jan. 22 for each to develop a sat-based prototype medium field-of-view sensor targeted specifically at keeping tabs on hypersonic missiles flying fast and low.

SDA’s constellation of low-cost LEO sats is being developed to complement — and potentially back up in a conflict — current US missile warning satellites. Those satellites  which are big, expensive, and few in number — presenting a relatively simple target set for US adversaries.

SDA in October tapped L3Harris and SpaceX to build a first set of Tracking Layer satellites designed test out new capabilities, as part of what it calls “Tranche 0” in its planned seven-layer National Defense Space Architecture.

The agency awarded SpaceX $149 million and L3Harris $194 million to each build four satellites to detect ballistic, cruise and hypersonic missiles using a wide field of view IR sensor. The low-cost satellites are supposed to “provide missile warning and tracking information to national defense authorities, and tracking and cueing data for missile defense elements,” according to SDA officials. The plan is to launch the eight sats in 2022.

Tranche 0 of the Tracking Layer consist of eight WFOV satellites, and the two HBTSS satellites, she said: “Information gathered up to and through Tracking Layer Tranche 0 will help inform decisions about future tranches, including how many and which types of sensors should be flown to provide the warfighter a complete advanced missile threat solution.”

Using a mixed fleet of sensor types “allows for an optimized solution of WFOV satellites to give global coverage for advanced missile tracking, and a MFOV constellation to provide the fire control targeting solution for weapons engagement,” Elzea said. In other words, the satellites carrying the wide field of view cameras can queue those carrying the medium field-of-view sensors, which have a higher resolution but cover a smaller area.

They will communicate via optical intersatellite links. “MDA’s MFOV satellites will be equipped with optical inter-satellite links (OISLs) that meet SDA’s published draft standard and will enable direct plug-in to the Transport Layer and other elements of the National Defense Space Architecture,” Elzea said.

Last month, SDA Director Derek Tournear said he sees lasers for inter-satellite links as the most important new tech to build a mesh network that will allow All-Domain Operations, as well as targeting incoming hypersonic missiles.

The Tracking Layer satellites also will use the optical links to connect to SDA’s Transport Layer of data relay satellites. As Breaking D readers know, former Defense Secretary Mark Esper mandated that all the services use those satellites to link their command and control networks to the future Joint All-Domain Command and Control (JADC2) network. The optical satellite links thus are central to creating that C2 backbone.

SpaceX won the launch contract, worth $150 million, for the eight Tranche 0 satellites on Jan. 21.

“The technical details of launch support are still being finalized,” Elzea said. “This launch arrangement is just one example of close collaboration [between SDA and MDA] that will enhance mission success going forward.”

That should be music to congressional ears. As Breaking D readers know, there has been some controversy about what some in Congress see as a shotgun marriage between SDA and MDA on the plan.

United States Defense Secretary Mike Esper said that the US military is preparing a response...

A mix of US ships have probed waters illegally claimed by China in the South...