INCISIV National
Acasă Anchete The Unmanned Campaign Plan, which has been in the works for months,... 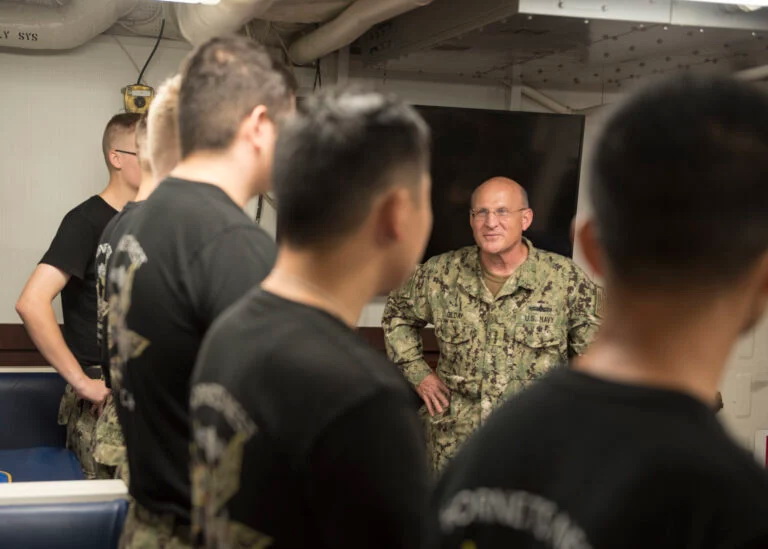 WASHINGTON: The Navy’s long-awaited plan for it’s future unmanned ship fleet is on track to be released later this month, following a flurry of shipbuilding reports in December that the Trump team pushed out at the last minute.

The Unmanned Campaign Plan, in the works for months, promises to be the first time the Navy will wrap all of its unmanned aerial, surface and subsurface weapons together into a coherent whole, laying down a marker for the Pentagon in how quickly, and how comprehensively, it can turn to automated systems.

It’s not yet clear what the timeline will be for building the hundreds of new unmanned platforms, or how and where the Navy plans to do the work – and it’s not thought the document will go into those kinds of nuts and bolts. Instead, it will likely outline the missions and operations the new systems will perform, while broadly dealing with the other issues.

The forthcoming 30-year shipbuilding plan, expected to be released with the 2022 budget submission in April, should offer more of a clue how and where the Navy — and Congress — wants to start paying for development of the hundreds of new platforms.

The 2021 30-year plan released in December called for somewhere between 119 and 166 unmanned vessels by 2045, which would make up a significant percentage of the planned 355-ship fleet, but Congress has been skeptical of the Navy’s efforts to build new ships, and has directed the service to test systems thoroughly before building anything.

In July, despite bipartisan skepticism on Capitol Hill, the Navy awarded L3 Technologies a $34.9 million contract for a prototype Medium Unmanned Surface Vessel, along with an option for up to eight additional ships.

The shipbuilding industry has begun to shift, even if slightly, to meet the coming demand. The nation’s largest shipbuilder, Huntington Ingalls, made a small but significant investment in autonomy last month, purchasing the autonomy business of Spatial Integrated Systems Inc., which specializes in building autonomous systems for the military.

A major effort in the push to build new classes of ships will be tethering data links between them and crewed vessels from submarines to surface ships to aircraft above. The Navy is tackling that in its Project Overmatch, a push to develop a battle network capable of tying in to the Air Force and Army’s effort to link sensors and shooters from space to the undersea domain on one network.