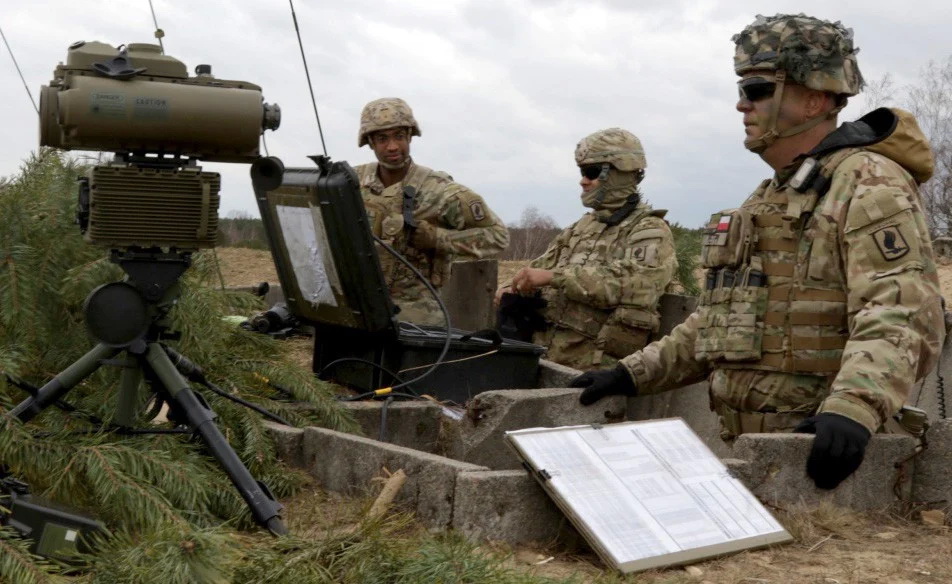 The Army’s TITAN ground station will link ISR sensors based in space, on land and in the air.

WASHINGTON: A shift in Army and Navy space resources — i.e., capabilities and funds — to the Space Force is not likely to appear in the DoD budget request until 2023, says Chief of Space Operations Gen. Jay Raymond.

“Those decisions are being finalized now. The FY-22 budget has largely been baked, so I would say that this will be addressed in the next budget,” he told reporters at a Defense Writers Group briefing this am.

The Air Force up to now has provided all the resources for the new force, primarily by shifting Air Force Space Command en masse. Raymond told reporters Dec. 15 that Space Force had reached a “98 percent” agreement with the Army and Navy about what space assets should be moved, and what should stay embedded.

At that time, Raymond said he expected a process to allow personnel to shift to be wrapped up, and people to start moving, beginning this year. Indeed, the Army’s 2021 budget includes a move of 100 soldiers to the Space Force.

Todd Harrison, director of the Aerospace Security Project at Center for Strategic and International Studies (CSIS), explained in an email that this is possible because the budget for personnel is separate from the budget for programs.

“It just means the Space Force will own the people and manage their careers, but their pay will still be processed out of their original service’s MILPERS accounts. They are actually doing that for the Air Force people that transferred to the Space Force now.” He added that this “will eventually shift, but it takes time for the accounting to catch up to the organizational shifts. And keep in mind, this is not an additional cost or anything. It is just changing which accounts the money flows through.”

The Army is the US military’s biggest consumer of space services — for example, responsible for buying thousands of satellite receivers for Army troops to access GPS, satellite communications and imagery for ground ops. The locus of Army space activities is at Army Space and Missile Defense Command in Huntsville, Alabama — not coincidentally where the Trump administration chose to re-locate Space Command. And managing Army programs does come with budget pots (the service sadly does not break those out into a budget category to allow easy tracking) that a number of sources close to the discussions say the Army is reluctant to let go.

A recent study by RAND Corp’s Project Air Force, for example, argued that the Army’s Future Warfare Center and Technical Center’s missions specific to space should move to Space Force, along with space-related activities at Army Research Laboratory. Ditto for the Navy’s Space and Naval Warfare Systems Command (now NIWC) and Navy Research Laboratory. RAND further argued that the Army’s 1st Space Battalion, which provides missile warning to soldiers using the Space Based Infrared System (SBIRS) satellites, should be transferred to Space Force.

“While the policy document that allocates roles and missions — Department of Defense Directive 5100.01: Functions of the Department of Defense and Its Major Components—was updated after the creation of the Space Force, it now lists the Army, Navy, Air Force, and Space Force as separate providers of space forces responsible for conducting space operations. This overlap is likely to lead to redundancies and the inefficient use of resources. Moreover, the last thing Congress intended when creating the Space Force was to end up with four different space forces,” Harrison writes in an analysis, Rethinking Military Roles and Missions in a New Administration, released yesterday.

Sorting out what ought to be in the Space Force’s portfolio is just one small piece of a simmering debate about the overarching distribution of rolls and missions among the services since the creation of the Space Force in December 2019, as well as the transition of US military to All Domain Operations being codified in the upcoming Joint Warfighting Concept. Now due to be finalized in the spring, the Joint Warfighting Concept is looking closely at four subcomponents of future warfare that cross services boundaries: joint long-range fires, joint command and control, contested logistics and “information advantage.”

“The establishment of the Space Force in December 2019 under Title 10 means the time is ripe for a thorough re-examination of the joint force roles and missions, to include the Space Force and the consolidation of space roles and missions from other Services. This is an important discussion that is still ongoing with the other Services,” he said in answers to written questions preceding his May 7 confirmation hearing.

Another reason is the growing redundancy among the services in efforts to protect bases, Brown said.

“With the growing threat and joint operations from more distributed locations, the roles and missions for base defense—from the fence line to all the way up to hypersonics—is worthy of discussion and review,” he said.

“The rapid pace of technological developments in hypersonic weapons, artificial intelligence, cyber capabilities, remotely operated systems, and autonomous systems is enabling each of the services to reimagine how they operate and the types of forces they need,” Harrison’s analysis found.

The issue of competing programs between the Army, Navy and Air Force for taking out targets at very long ranges also has inflamed debate about who should be on first.

Harrison further argues that Joint All Domain Command and Control (JADC2) — the overarching strategy for how US commanders will run all-domain war using next-generation communications and data crunching tools — is another area of conflicting roles. (He further argues that responsibility for the US ICBM force should be moved to the Army — but that is another kettle of fish.)

“I don’t think the Joint Warfighting Concept is sufficient,” he told me in an email today. “To make real progress on building a JADC2 architecture that is truly joint, DoD needs to assign a lead service and create a JPEO [Joint Program Executive Office]. This is not something that can be led out of the Joint Staff or through OSD—it really needs to be in one of the services.”

Harrison and a number of other sources say the Biden administration is not likely  to launch a roles and missions review, given how controversial it would be. That said, there is some scope for tackling the most troublesome gaps and overlaps now at hand.

“[A] roles and missions review should be narrowly scoped to focus on the gaps, overlaps, and areas of ambiguity among the services that stem specifically from (1) the creation of the Space Force, (2) advances in new technologies, (3) changes in current military missions since Key West, and (4) the emergence of new mission areas that are strategically important to DoD,” Harrison argues in his paper. That could be done as part of a new National Defense Strategy.

Lloyd Austin, the new Defense Secretary, has pledged to “update” the Trump 2018 NDS by 2022, thus providing the Biden administration with an opportunity to put its own stamp on US defense policy.