INCISIV National
Acasă Armata The Pentagon is at an “inflection point” in terms of how to... 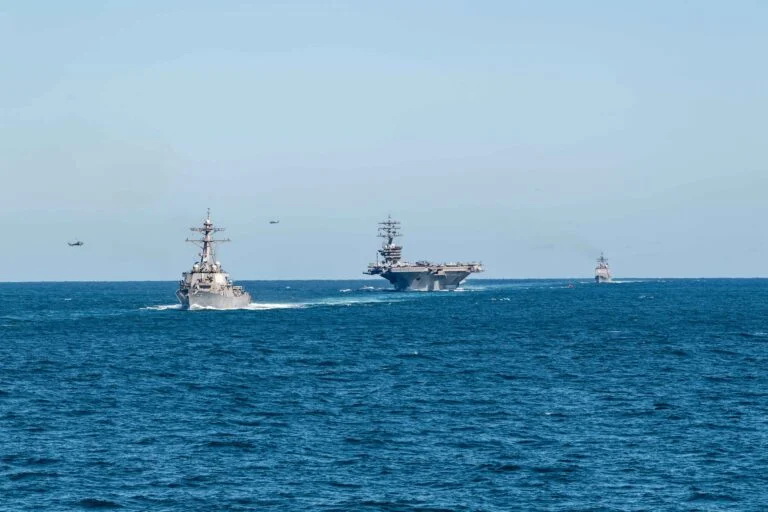 WASHINGTON: The head of the House Armed Services influential seapower subcommittee just stepped closer to the position of the Chairman of the Joint Chiefs that the Navy might be in line for a funding boost — and other services will have to pay the bill.

The Pentagon is at an “inflection point” in terms of how to split the military budget between the services, Rep. Joe Courtney said, suggesting that when the 2022 budget is delivered later this spring a big strategic question will be “whether or not, frankly, naval and air and cyber are going to take a larger portion of the pie…that conversation has to happen.”

The issue of changing the traditional one-third of the budget allocation each going to the Army, Air Force and Navy has been increasingly front-of-mind in Washington, particularly after Chairman of the Joint Chiefs of Staff Gen. Mark Milley last year predicted a “bloodletting” at DoD when the expected changes are debated.

Milley — an Army general — supports shifting money to the Navy, and has said the Army will have to lose budget to get the ships, submarines, and unmanned vessels the sea service says it needs, along with much-needed repairs to shipyards in the coming years.

“I think that the past view of a share of any budget needs to go away entirely,” Elaine McCusker, a former DoD comptroller said recently, suggesting that service needs should outweigh any attempts at policing equal shares.

Handing more money to the Navy isn’t an end in itself. The service has failed time and again to accurately estimate how much new ships will cost and how long they’ll take to build. The first Ford-class aircraft carrier, which cost $13.3 billion to construct, was commissioned in 2017 but has yet to deploy, and instead has been slowly fixing a long list of problems ever since.

A longer-term issue has been the Littoral Combat Ship, a headache for the service for a decade due to its delayed schedule, cost overruns and lack of deployability.

Last month, the Navy said it would stop taking delivery of the Freedom-class version of the ship, after continued issues with its propulsion system forced the USS Detroit to limp into port.

The delay likely won’t have much of an effect on the Navy’s operations, since the 20 Littoral Combat Ships currently in the fleet have only made a handful of deployments over the past decade, a far cry from earlier plans to have the ships on near constant deployments doing everything from mine hunting to presence operations, lightening the load of the destroyer fleet.

Courtney, speaking at a virtual Hudson Institute event, called LCS the “poster child of procurements that just really kind of got lost in terms of what was the mission and then obviously we’re having these persistent problems.”

The lawmaker said he wants to use those failures as a warning while Congress works through how to fund the Navy’s ambitious plans for a fleet of several hundred unmanned ships. The issues with the LCS and Ford were that little to no testing of the new technologies installed on the ships was done on land before jamming them into place. That failure to plan and test has led to years of frustration and delay the Navy can little afford as existing ships and their crews are being strained by longer deployments. (Those who’ve watched the F-35 saga are painfully familiar with this matrix of problems.)

“I do think that we want to see more in terms of the prototyping and testing,” Courtney said about the unmanned plans. “You know we just did not want to go rushing headlong into starting a shipbuilding program of larger [unmanned] vessels, because as we all know, turning those off is not easy.”

In the 2021 budget Congress made sure the Navy has to take more time in designing and testing its proposed new unmanned ships before the money spigot gets turned on. “Frankly,” Courtney said, “there’s still some, I think, legitimate questions that need to get flushed out and can be fleshed out by using land-based testing systems, and really thinking about what exactly do we want these vessels to do.”

Not giving airmen the tech they need is “like having an excellent sniper and handing...

How do you get targeting data from satellite to howitzer in less than 20 seconds,...

Poland is excited to have more US troops on the way, but military leaders warned...

How can the Army bring the Internet Of Things and ‘Smart Cities’ technology to...