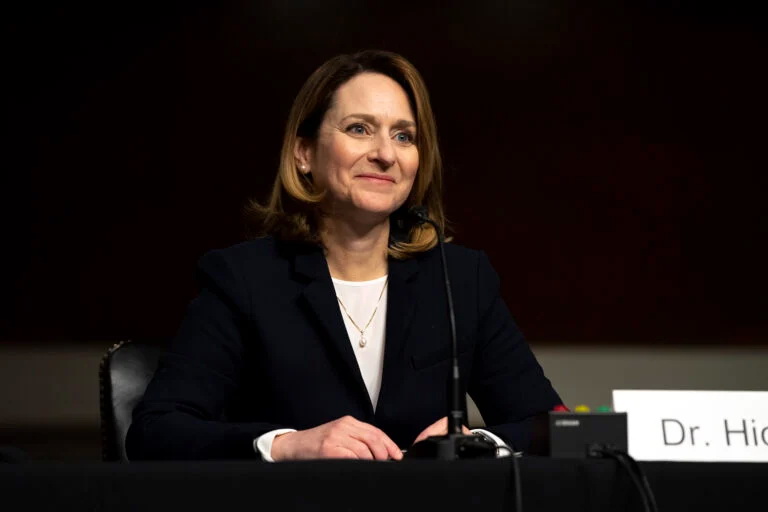 WASHINGTON: The Pentagon will focus on shipbuilding, low-yield nuclear weapons, Central Command funding and force posture and building capacity in the Pacific as it rushes to write its 2022 budget, a memo obtained by Breaking Defense says.

The Feb. 17 memo by Deputy Defense Secretary Kathleen Hicks underscores the urgency with which the department has to move not only on some major acquisition programs, but also efforts to rethink the US force posture in an era where defense budgets are expected to be flat at best.

In the memo, Hicks wrote that “due to the limited amount of time available before the Department must submit its FY 2022 President’s Budget request, the process to re-evaluate existing decisions will focus on a very small number of issues with direct impact on FY 2022 and of critical importance to the President and the Secretary.”

She directed the Office of the Director of Cost Assessment and Program Evaluation (CAPE) to review a handful of critical acquisition efforts:

The inclusion of a renewed effort to plan for global warming is a new Biden addition, as the Trump administration regularly scrubbed any mention of climate change from government documents.

The priorities in Hicks’ memo reflect some of the major themes that she and Defense Secretary Lloyd Austin outlined during their confirmation hearings as they seek to continue the modernization of the department while shifting from ground wars in the Middle East to competition with powers like China and Russia.

Both Austin and Hicks have pledged to re-assess former Defense Secretary Mark Esper’s shipbuilding plans, released deep into the Trump administration’s lame duck period in December. Those plans called for a $27 billion shipbuilding budget in 2022, a huge increase from the $19 billion requested in 2021, and to build 82 new ships by 2026 — a significant increase from the Navy’s plan to build 44 new ships during that time.

Likewise, both officials signaled support for nuclear modernization, but stopped short of pledging to uphold all aspects of the current nuclear modernization program. Hicks will likely run the process on most nuclear and missile defense programs, given that Austin has recused himself from taking part in any decisions involving Raytheon, a company whose board he served on.

This will give Hicks the responsibility of deciding on the replacement program for the aging stock of intercontinental ballistic missiles known as the Ground Based Strategic Deterrent, and the Long Range Standoff Weapon, a nuclear cruise missile.

The priority given to long-range fires reflects growing concern over China’s long-range precision weapons programs, which give Beijing the ability to hold US and allied forces at bay in the Pacific. The Pentagon has worked for years on a number of longer-range weapons that can be launched from significant stand-off distances, work that the memo suggests could accelerate.

Early next month, the Army will host a live-fire experiment using artificial intelligence to share data between Marine F-35s, Air Force A-10s, HIMARS rocket launchers, and commercial satellites, an event that could factor into the Pentagon’s calculations.

These reviews won’t happen in their own silos, however. The memo advises all review teams to “focus attention on, and highlight key investments in, three key cross-cutting priorities which the Deputy’s Management Action Group (DMAG) will review at the end of the process.”

Those are the Pacific Deterrence Initiative, which will recommend “investments to deter aggression in the Pacific;” along with “acceleration options” for Autonomous and Remotely Crewed Systems; and looking at “near-term options for aircraft and ships” to divest of the make more room for new modernization efforts.

Separately, the DoD’s chief financial officer is also tasked with reviewing the department’s COVID-19 requirements and preparedness, along with the Central Command’s “budgeted force levels and funding impacts.”

The need to focus on key areas and prioritize certain modernization plans was underscored this morning by Sen. Jack Reed, the new chairman of the Senate Armed Services Committee. Speaking with reporters virtually, Reed acknowledged that there will have to be tradeoffs in upcoming Pentagon budgets.

“The top line number might not be the best guide of how we’re getting value for money, and that’s what we’re gonna try to look for — what are the systems that provide real advantages going forward, and what programs and policies to make us stronger as a nation.”