INCISIV National
Acasă Armata At the moment, there are no plans to reduce the Air Force’s... 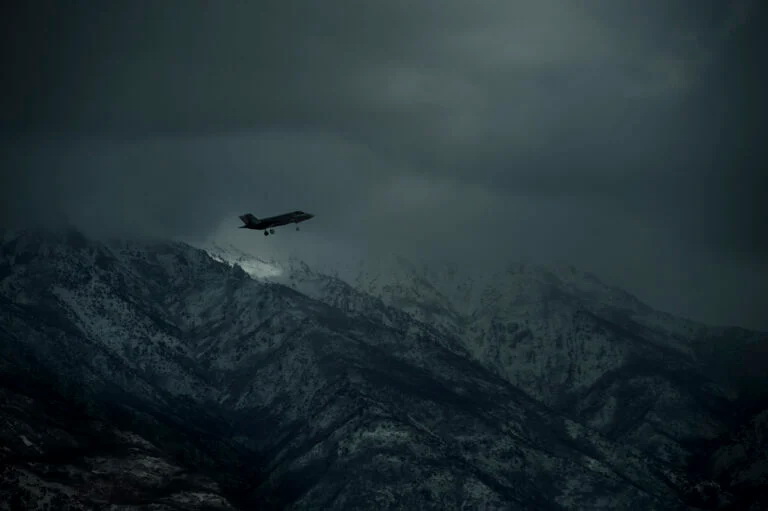 UPDATED To Include Comments From CSAF Gen. CQ Brown. WASHINGTON: The Air Force, Navy and Marines tactical aircraft fleets are all being reconsidered as part of a Joint Staff review of fighter needs for 2023 and beyond, Air Force officials tell Breaking D — raising fundamental questions about the Pentagon’s purchases of Lockheed Martin’s F-35 Joint Strike Fighter. The Air Force’s own fighter mix study will feed into that joint effort, the officials said.

UPDATE BEGINS. Air Force Chief of Staff Gen. CQ Brown confirmed this afternoon that the service is working closely with the Joint Staff to study long-term fighter needs. “I think it’s good that we’re working together looking at this,” he told reporter, and that the review includes “not just you know the Air Force fighter capabilities” but those of the other services as well. UPDATE ENDS.

In turn, the Joint Staff review will inform the Biden administration’s 2022 budget calculus, led by the director of Cost Assessment and Program Evaluation (CAPE), outside experts say. The peril for the F-35 is clear as it is identified as one of the critical questions laid out in an internal DoD memo penned by Deputy Secretary Kathleen Hicks obtained by Breaking D.

“The Biden administrations wants its revised 2022 budget ready for Congress in April. What this means is that they will have to lean on the Joint Staff and defense bureaucracy to do the analysis because few real appointees are in place,” said Loren Thompson, chief operating officer of the Lexington Institute.

“For the first time in decades (since the F-35 began, really) tough decisions loom,” respected aerospace analyst Richard Aboulafia of the Teal Group explained in an email.

Lt. Gen. Duke Richardson, military deputy to acting Air Force acquisition head Darlene Costello, revealed the Joint Staff effort yesterday during a press conference on the margins of the Air Force Association’s (virtual) winter meeting. He said it is “so early in that process” that it’s impossible to know “what sort of future program” will result — noting that the service itself is looking all the way out to 2040 in assessing its needs.

Brown said last week the Air Force review would include a “clean sheet” assessment of a new F-16 follow-on, that he characterized as a “four-and-a-half-gen or fifth-gen-minus” aircraft. Brown noted that a revamped mix of high-, medium- and low-end fighters could help take the pressure off the service to over-deploy the F-35, in part to help defray its huge operations and maintenance costs. For years, TacAir experts have touted the value of mass — having large numbers of fighters — for the simple reason that it takes a long time to build new aircraft and some planes will be shot down by other aircraft or missiles or be fried electronically.

“Chief Brown is very interested in making sure that he has the right tool for the right job. He would not want to apply one tool to every job, especially if it’s an expensive tool,” Richardson said.

That current cost per flying hour of F-35 operations is a whopping $36,000, Ken Merchant, prime contractor Lockheed Martin’s head of F-35 sustainment told reporters on Tuesday. Lockheed Martin officials stress, however, that those costs will drop to below $25,000 by 2025 to meet the Air Force’s goal — though that sum is in 2012 dollars.

In his final press conference last month, former Air Force acquisition czar Roper told reporters he could see the sixth-generation fighter jet emerging from the service’s Next-Generation Air Dominance (NGAD) program replacing the F-35 — precisely because the Joint Strike Fighter’s exorbitant life-cycle cost means that the Air Force cannot afford to buy as many aircraft as it needs to fight and win a war today, much less tomorrow.

Roper would not be drawn on whether the Air Force was considering downsizing its planned F-35 fleet. “But what I can say is we’re not at the sustainment price point we need to be for a very large fleet. So, the next few years are critical for the F 35 program,” he told reporters.

The Air Force requested 48 aircraft in 2021, and is planning to ask for the same annual buy for the foreseeable future, according to a study by the Center for Strategic and International Studies.

Richardson and Costello stressed that there are no plans to reduce the Air Force’s planned buy of F-35As.

“Our program of record is 1,763 at this point in time,” Costello said.

UPDATE BEGINS. Brown echoed those comments today, saying the program of record remains extant. “The F-35 is cornerstone to what we’re going to do for the future of the Air Force,” he stressed.

At the same time, he explained that the real importance of the 1,763 number is the capability that it represents — an approach he has also championed for the long-standing service goal of  a total fleet strength of 386 squadrons. “What I’ve asked the team to do is provide me options on how to take a look at this, because I want to make sure we have the right capability,” he said.

Brown said one factor playing into the study is how much progress is made on concepts for teaming piloted fighter jets with drones. “What does a fighter squadron look like in the future? How many manned platforms and how many unmanned platforms might you have in it, that you might call a squadron? I don’t know that we have an answer for that right now, but I think this is an area that we’ve got to look at as part of this study.” UPDATE ENDS.

The Air Force is by far the biggest customer for the F-35, responsible for 70 percent of the total 2,443 aircraft in DoD plans. The Navy and the Marines, therefore, haven’t really been all that focused on the Joint Strike Fighter, analysts say. Unlike for the Air Force, any move by the Navy to cut back on F-35 acquisition wouldn’t be such a hard problem to solve, Aboulafia said. “For USN, it’s simple…decide whether to resume Super Hornet/Growler production, or proceed with a fleet re-build (Block III/SLEP) while keeping an eye on what the Air Force is doing, of course, just in the unlikely event that they can navalize something,” he said in an email today. The Air Force, however, has a much bigger set of acquisition questions to address, above and beyond the F-35 itself. “The Air Force is all over the place on its fighter plans,” one analyst said, with a nearly audible eye roll. Aboulafia characterized the debate as:

As for NGAD, Costello and Richardson said yesterday that the service is pressing ahead with its plans, including the Digital Century Series approach of buying small numbers of incrementally upgraded aircraft. One of Roper’s last acts in office was to push through the acquisition strategy for NGAD, as well as overall guidance for how to implement the Digital Century Series concept across the service.

“We have not backed off that idea at all,” Richardson said. At the same time, he stressed, “It’s going to require courage on our part, as a nation. We’re gonna have to really commit to” to ensuring that a first-iteration product is actually followed by “another one right behind it.”

“If we’re not willing to have that courage, then we shouldn’t start,” he stressed.

Costello explained that the Air Force now is using the term ‘e-series’ to refer to the concept, which is predicated on the use of digital design and engineering tools (such as 3-D ‘digital twins’) to allow upgrades to be tested virtually before any metal is bent.

“NGAD is one of our e-series programs,” she said. “E-series is what we used to call the Digital Century Series — we think it’s a little more clear and therefore applicable to multiple platforms.” Indeed, she added, the concept could be applied to weapon systems and expensive space programs.

In this fall’s Project Convergence exercises, it took a heroic effort just to get the...

Anthony Tata was facing across-the-board Democratic opposition and increasingly shaky support among Republicans due to...

“The Navy must align itself with the rest of the Department of Defense,” Gilday said...