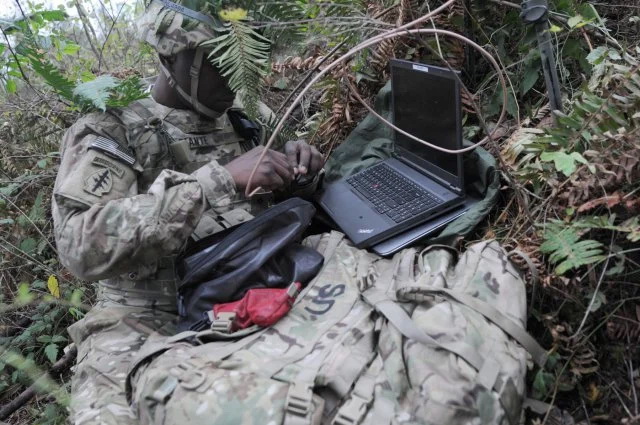 “Why are all these nerds taking up bunk space downrange?” one special ops sergeant major grumbled. But, boasted SOCOM chief technology officer Snehal Antani, “about three months later that same sergeant major came back and said, ‘I have found religion. We’re solving problems in days that should have taken us months or years’.”

Just a year ago, SOCOM — widely considered one of the most forward-leaning commands on AI and data — still solved some intelligence-sharing problems by burning DVDs in the US and flying them to operators overseas, said Antani, the command’s first CTO. Now that the increasingly tech-savvy Special Operations Command is deploying data scientists to the front, he said, there are cases where “they could solve problems in minutes or hours” that normally took “weeks, months, or years.”

So, Antani told the Yale Special Operations Forces conference (SOFCON) Friday, it was vital to have data scientists and other technical experts working side-by-side with the warfighters they’re trying to provide data for. That’s true, he said, even — perhaps especially — if that means deploying them into forward bases in active combat zones. After all, being in enemy crosshairs together creates a shared sense of urgency that doesn’t exist when one party is comfortably sipping coffee at a desk thousands of miles away.

But having “the functional expertise and the technical expertise sitting side by side” is hugely helpful even outside the warzone, added Lt. Gen. Mike Groen, director of the Joint Artificial Intelligence Center (JAIC). Artificial intelligence can help from combat units to acquisition programs, he said, “from….the rifleman to the comptroller.”

Instead of sending emails back and forth between different organizations, operators can show coders their screens and point out their problem, coders can show operators a potential solution, and the back and forth can cycle much faster towards a working solution. That may be a one-off fix or a complete overhaul of an organization’s processes to move it from the industrial age to the age of AI.

“It’s not just about tech, it’s about the process, it’s about the function,” Groen told the Yale conference. “It’s enormously educational when you really start asking folks, ‘Okay, how do you actually make that decision. What data do you use? What data should you be using? How is that data presented to you. Could it be presented in a different way. Who actually owns that data’?”

With JAIC’s push to provide expertise and tools that enable other DoD organizations to grow their own AI, Groen said, “we’re trying to create these epiphanies all over the place.”

The communication has to go both ways, Groen and Antani agreed, without either side lecturing the other or passively waiting for the other to fix the problem. That’s true when two very different cultures combine in any kind of organization, but it’s especially true in hardcore Special Ops units.

“It is a huge leap to bring somebody in from the outside, into those types of organizations,” he said. “So step one is, keep your mouth shut and learn, listen, earn the right to be part of the team.”

It’s also vital to earn credit by achieving some successes ASAP, Antani emphasized. “You have a limited amount of time to earn the right to be there,” he said. “If you try to do too much early you’re going to fail.”

In the case of Special Operations units, Antani said, the data scientists found plenty of back-office processes they could make more efficient, like personnel transfers – but those were the wrong thing to focus on first. The urgent need, the fix that could make the biggest impact in the least time, was getting operators data on their enemy as soon as possible.

“As we gained those quick wins, we earned the right to be there, and people recognized the impact we could have,” Antani said. “Make sure the sergeant majors believe you should be on the team, because … they will help advocate and evangelize [for] you.”

Why is Cygnus Unique?

The Army’s Got A Universal Robot Driver