INCISIV National
Acasă Anchete France has ramped up activity in the region in accordance with its... 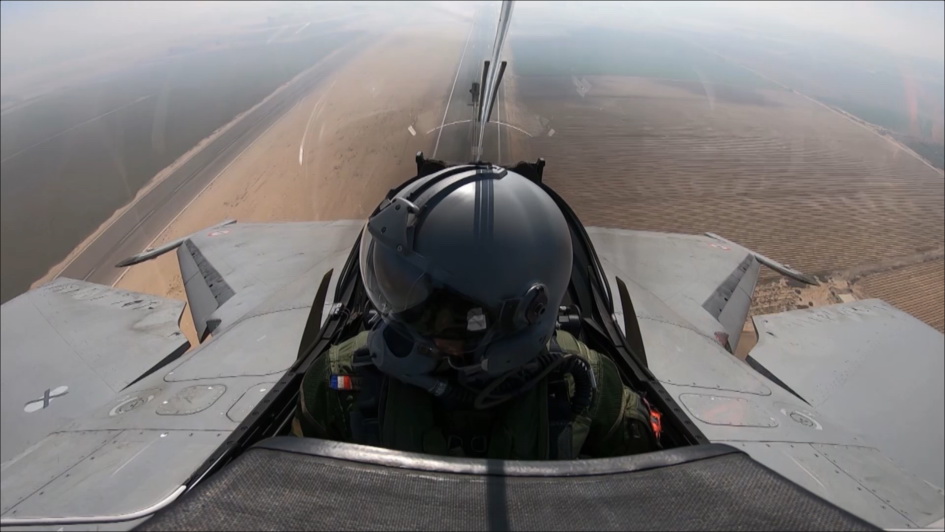 As the US seeks to counterbalance China, it would do well to look to America’s oldest ally, France, which is stepping up its own presence in the Pacific.

From its earliest actions and statements, the Biden Administration has sought to reassure its allies in Asia about Washington’s continuous commitment to a ‘’secure and prosperous’’ Indo-Pacific. While the more diplomatic language has been interpreted in some quarters as a step down compared to Trump’s ‘’Free and Open Indo-Pacific,” there is a bipartisan consensus in America about the need to prevent Beijing from ‘’filling the void’’ economically and militarily in what’s become the heart of the global economy.

Such a consensus is not only shared by Washington’s allies in the region, but also increasingly so in Europe. President Biden, whose conciliatory tone and inclusive approach are welcome in the European diplomatic circles, should be able to count on the support and participation of his European counterparts. France could be in that sense uniquely helpful — both as an Indo-Pacific nation itself for more than two centuries and as the first European nation to have established a formal strategy in the Indo-Pacific, in 2019.

Since then, France has been positioning itself as a ‘’stabilizing power’’ in a zone which ‘’spans from Djibouti to Polynesia’’, as stressed in the 2019 ‘”French Defense Strategy In the Indo-Pacific,” and it has gradually ramped up its activity in this part of the world. Together with some of its European counterparts, such as Germany, France has also been a  strong spokesman in Europe to convince the latter of the importance of  ‘’being there’’ in the defense of the global commons.

“[While] initiated and adopted by several nations in the past years, the concept of an Indo-Pacific theater does not mean the same for each one of them,” explains a French submarine officer familiar with this region. “For France, which is the very first European nation to have adopted an Indo-Pacific strategy, the key is the inclusion of our different regional partners in the equation — as well as our territories in the Indian Ocean.”  As a reminder, France has extensive interests across the Pacific, with French Polynesia (which includes Tahiti), New Caledonia, Wallis and Futuna.

Having appointed the first French ambassador for the Indo-Pacific in October 2020, France possesses clear vested interests starting with the protection of some 1.6 million French citizens. These territories represent 93% of France’s Exclusive Economic Zone (EEZ), making it the second in the world after the United States.

The Macron government goal’s is “to act as an inclusive, stabilizing mediating power (…).That means strengthening our cooperation with all countries locally, without exclusive [commitments]; strong involvement in settling regional crises; enhanced support for regional multilateralism; and a commitment to promoting common public goods (protection of climate and biodiversity, healthcare, education). It is within this framework that we intend to protect our sovereignty and our interest”, states the official French strategy in the Indo-Pacific.

For France, as well as for the European Union in general, China is considered a paradoxical entity: “a cooperation partner, an economic competitor, and a systemic rival: a partner to deal with on some major global issues, such as climate change where we have already been developing our dialogue with Beijing; a competitor with regard to trade, technology and industrial issues ; and a systemic rival, given in particular its stances on human rights”, as described by a French government official.

Last September, the first trilateral meeting between France, India and Australia was held at a high level with the participation of the General secretary of the French minister of foreign affairs. France has also deepened its exchanges with Japan on Indo-Pacific issues.

Protecting the sovereignty of its territories and the growing number of French citizens leaving in them always has always required an adequate military force composed of forward-based assets and troops. These ‘’prepositioned’’ forces are called ‘’presence forces’ and include 7 to 8,000 permanent troops, as well as 700 temporary deployed personnel.

In addition to regular exercises traditionally organized in the Indian Ocean, such as “Varuna” with the Indian Navy since 1993, as well as in the Pacific, such as the biannual ‘’Croix du Sud’’ humanitarian and relief exercise held from New Caledonia, what is interesting to highlight is the recent ability of the French armed forces to project faster and further both at sea and in the air from the continent. Strategic depth has become the name of the game for French military planners and the technology makes it possible today in unprecedented ways.

From January 20th to February 5th, 2021, the French Air and Space Force conducted a long-range mission called Skyros which started in Djibouti to go to India, the United Arab Emirates, Egypt and Greece. Skyros involved four Rafale, one MRTT, one A400M and some 170 aviators. In June another power projection mission called ‘’Heiphara’’, is planned in the Indo-Pacific straight to Tahiti and back via Norfolk to celebrate the 240th anniversary of the battle of Yorktown in the Fall.

As a French Air and Space Force officer stressed, ‘’These kinds of exercises allow to improve our interoperability: with a country like India which traditionally purchases a third of its military equipment from Russia, a third from Israel and a third from NATO countries, it is interesting for Rafale and Sukoi 30 to train as wingmen…’’

The same goes in the maritime theater where the French Navy conducts operations all the time, such as the current deployment of the Frigate ‘’Prairial’’ from Tahiti to monitor the embargo against North Korea in cooperation with Japan. The ‘’Marianne mission’’ deployed for eight months and for the first time in the Western Pacific a nuclear attack submarine, SSN ‘’Emeraude’’.

The French government’s observation that, as the world becomes more tightly interconnected, a dangerous ‘’contraction of the geopolitical space’’ — for example, the Chinese goal to link the Baltic Sea to the Arctic.

A lot more than the eye can meet is therefore at stake and that is why, together with its European partners such as Germany, Paris is promoting an Indo-Pacific agenda at the European level and expects that a European strategy for the Indo-Pacific will be endorsed later this year.

“Is it going to be cost effective? That’s why we have several lines of effort...

“There are a lot of requirements out there and we could use everything we had...