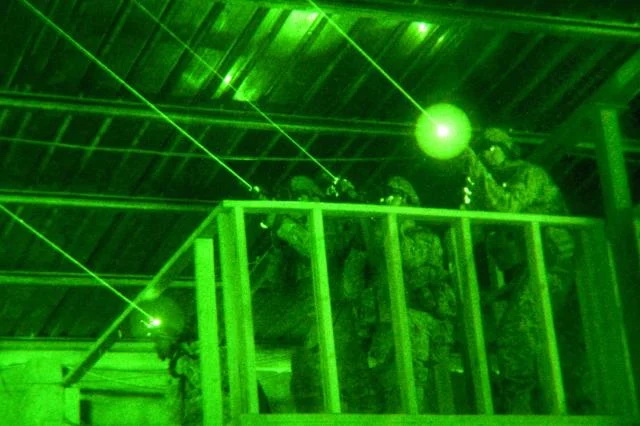 The Army Chief of Staff wants to emphasize training for small units like squads, platoons and companies, rather than for larger units like battalions and brigades, he told AUSA’s virtual Global Force Next conference today.

Gen. James McConville emphasized that the Army’s Combat Training Centers (CTCs, in California, Louisiana, and Germany), where an entire brigade can go through wargames at once, “are not going anywhere.” But he said, commanders should see them as the “pinnacle” of training – instead of emphasizing battalion and brigade-level preparation for the CTC deployments when they train at home base ahead of time.

“The philosophy of where we’re going is ‘focus on the squads, the platoons, the companies; get them right’,” he said. “And then, if we don’t have time, we’ll get the battalions and brigades, that type of maneuver, done at the Combat Training Centers.”

“We’d much rather have you getting the low level units [to be] masters of their craft, than going through a strategy where you don’t have enough time to really get anyone trained,” he said – that is, a strategy that tries to cram training for too many levels of unit into too little time to do any level adequately.

Part of McConville’s logic is simply getting the fundamentals right: If your small units aren’t up to the complexities of executing your big plans, it’s going to get ugly fast.

Part of it, he said frankly, is cost: “One of the things about doing a lot more small unit training is that it’s actually less expensive…We might be able to be more efficient with the money that we spend our readiness.”

Part of it, however, is the very nature of future warfare. McConville and his predecessor as Army Chief of Staff, Gen. Mark Milley (now Joint Chiefs chairman), have warned that units will have to spread out to avoid devastating precision-guided strikes – a form of dispersion called “distributed operations” – and that they will be frequently cut off by enemy maneuver or cyber/electronic attacks on their communications systems. In those cases, a small unit like a company, platoon or squad may be on its own, without even the ability to ask for orders.

So McConville’s emphasis on the smallest building blocks of the force should not be taken for a lack of big ideas. Indeed, to the contrary, the Army is publishing three strategy documents:

This year, McConville added, the Army will also implement a new system to schedule when and where units equip, train and deploy, called REARMM, the Regionally Aligned Readiness & Modernization Model. That system should bring more predictability, he said, both for overstressed troops and for Army planners figuring out when best to modernize a unit’s gear.

“What REARRM’s doing, we’re trying to get predictability back into the force,” McConville said. With 35 Army priority modernization programs from hypersonics to rifles, he said, “we have a tremendous amount of modernization and capabilities that’s coming into force, so we’ve got to give people time to do that.

“The new equipment is coming and it’s coming fast, and so what we need to do is to have a predictable time when our project manager can say, ‘okay, you have this brigade for this amount of time, for six months, to bring all this new equipment in’,” he added.