INCISIV National
Acasă Armata Crucial to the promise of MORFIUS is its ability to zap many... 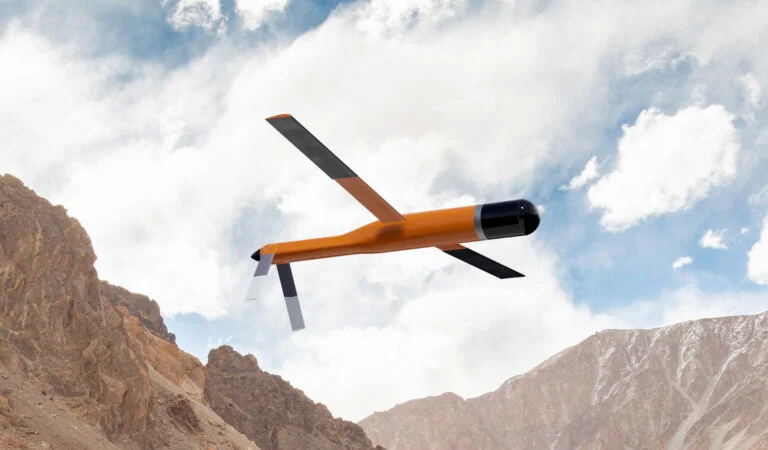 ALBUQUERQUE: To fight the growing danger of hostile drones, Lockheed Martin is offering MORFIUS, a drone armed with a High-Powered Microwave (HPM) to zap UAV swarms out of the sky. MORFIUS is a reusable drone that can fit inside a six-inch diameter launch tube and weighs less than 30 pounds, light and versatile enough to attach to ground stations, ground vehicles, or aircraft.

Presenting as part of the AUSA’s Global Force Next conference, the company outlined why, exactly, it sees microwave weapons as a nearly future-proof answer to a rapidly evolving threat.

Working as part of a layered approach to counter-drone defense, MORFIUS units will be launched at hostile drones, or drone swarms, and then disable them in close proximity, with potentially a gigawatt of microwave power — or, as Lockheed put it, a million times the power of a standard 1,000-watt microwave oven.

Asked about the feasibility of a small flying machine carrying enough battery for such a burst, Lockheed refused to get into specifics, instead simply saying that the power comparison was favorable to ground systems. This is possible because MORFIUS can fly close to its targets and blast them with microwaves at close range – unlike ground-based systems, whose microwave emissions lose energy as they cross longer distances.

Crucial to the promise of MORFIUS is its ability to zap many drones at once in mid-air, far from the friendly vehicles, buildings, or people actively being defended.

“You have to engage the target before it gets to its ordnance release line, if it’s a kinetic effect, or if it’s an electronic attack, or defeat it before it can employ its ISR capabilities,” said Dunn.

Part of what is driving the counter-drone arms race is the tremendous growth in capability among cheaper uncrewed flying vehicles in use by both civilian and military fields. At the presentation, Becca Schwartz, who leads strategy for Lockheed Martin Counter-UAS, pointed to, among other things, the spectacular displays of drone swarms in the Olympics as an example of just how much commercial tech can offer for potential terrorist or military swarming.

“Accessibility to the hobbyist means that it’s accessible to the adversary,” said Schwartz.

The widespread availability of cheap and capable drones means that they are available to unconventional adversaries as much as near-peer competitors. And because drone evolution is increasingly driven by the fast-paced and fast evolving commercial market, it can be hard for counter-measures to keep pace with commercial tech or security innovations. A microwave is as close as electronic warfare comes to brute force, frying electronics rather than bypassing them. It’s a payload that, if proven successful in the field, could keep pace with the threat for years to come.

“The next one we’re doing is big. It’s big,” Air Force Chief of Staff David...