INCISIV National
Acasă Armata “I can clearly — in my mind — envision a way to... 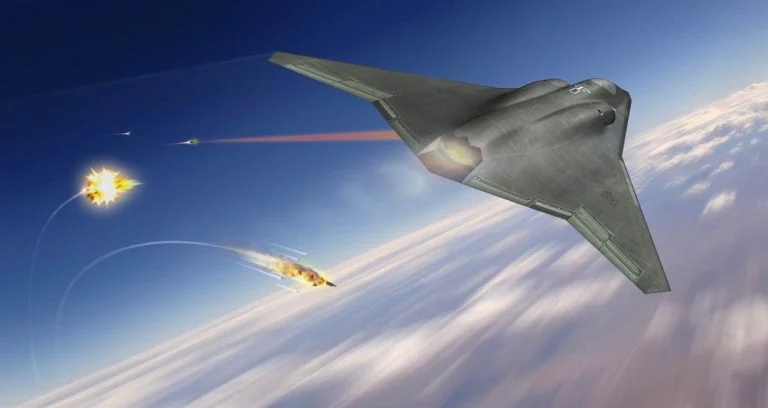 WASHINGTON: The Navy now aims to have 60% of its carrier air wing comprise unmanned aircraft as it replaces F-18s.

The Next Generation Air Dominance (NGAD) effort, a joint effort between the Navy and Air Force, is still in its early stages, but the admiral in charge of the Navy’s air wing said today he would like to see a 60/40 mix of unmanned to manned aircraft to replace the F/A-18E/F Super Hornet and electronic attack EA-18G Growlers.

“In the next probably two to three years, we’ll have a better idea whether replacement for the F-18 E and F will be manned or unmanned,” Rear Adm. Gregory Harris,  director of the Navy’s Air Warfare Division, said at a Navy League event this morning. The service will initially try for a 40/60 unmanned to manned aircraft mix, leading to the 60/40 ratio as time goes on.

Harris’ comments support an estimate recently floated by Vice Adm. James Kilby, head of the Navy’s warfighting requirements and capabilities office, who told the House Armed Services Committee earlier this month he thinks the Navy “could get upwards of 40 percent of the aircraft in an air wing that are unmanned and then transition beyond that.”

Last year, the Navy said it would close out the Super Hornet production line after 2021 to instead fund the Navy’s NGAD program, a move which puts some pressure on the service to get their plans in order.

“We truly see NGAD as more than just a single aircraft,” Harris said. “We believe that as manned/unmanned teaming comes online, we will integrate those aspects” into a more refined acquisition plan.

A major part of the effort will involve Boeing’s MQ-25 Stingray refueling drone, which is separate from the NGAD effort, but will work alongside those aircraft. The Navy has been slowly shepherding the Stingray along through its design and development process. The USS Carl Vinson — the first carrier to be modernized to fly the F-35 for the Navy — has also been modified to allow it to operate the MQ-25.

In addition to refueling fighters, the Stingray is likely to serve as an extra sensing node in the sky, pushing data back and forth between crewed and autonomous surface vessels and giving the Navy and Marine Corps a new intelligence gathering asset. As a tanker, it will also extend the range of the Navy’s carrier-based aircraft by hundreds of miles.

Some of the work on the Vinson involved establishing an Unmanned Aviation Warfare Center on the ship, along with new network infrastructure and command and control equipment.

Harris suggested that the unmanned portion of the future air wing could be anything from an air-to-air platform that can conduct electronic warfare missions to an advanced early warning platform to replace the E-2D surveillance aircraft at some point in the future.

“Having an unmanned platform out there as an adjunct missile carrier, I see as not a step too far, too soon,” Harris said. “An unmanned system with missiles I can clearly — in my mind — envision a way to say ‘fly a defensive combat spread, shoot on this target,’ and I will squeeze the trigger or I will enable that unmanned platform to shoot the designated target. That doesn’t stretch beyond my realm of imagination.”

Navy CNO Adm. Mike Gilday has said he wants the next-generation carrier fighter in service in the 2030s, but the decisions that will need to be made first, as the Navy slowly begins integrating F-35s onto the flight decks of its aging carrier fleet, point to years of development before any large-scale marriage between manned and unmanned aircraft can operate together at sea.

“It’s sort of the same situation in the South China Sea that, when we look...