INCISIV National
Acasă Armata Strategic relations between the US and UAE remain clear and stable. “We... 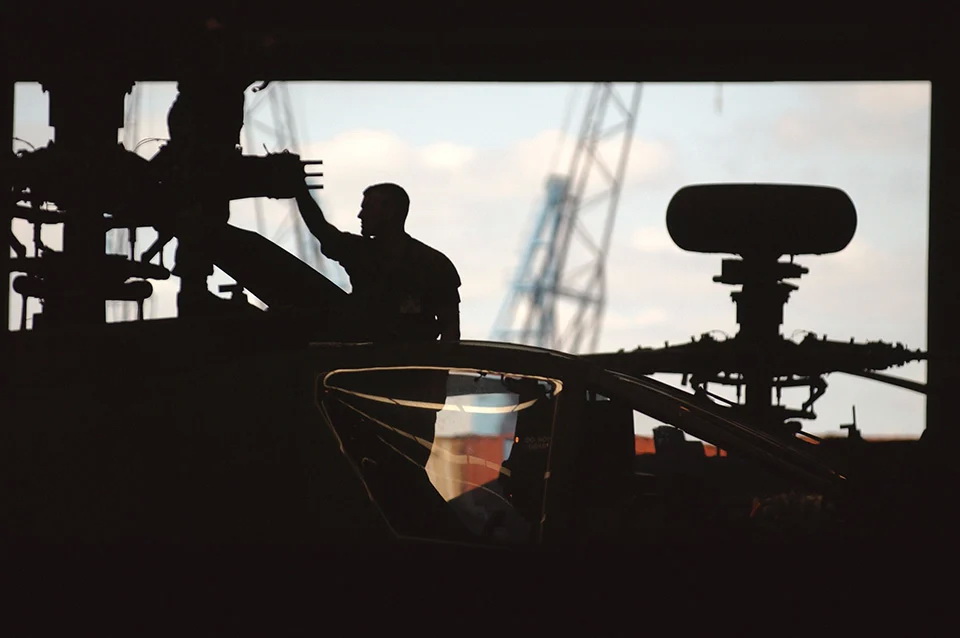 BEIRUT: The UAE is likely to receive its first F-35s by 2027, Bilal Saab, senior fellow at the Middle East Institute and former Pentagon official in charge of security cooperation in the Middle East tells Breaking Defense.

“The Gulf country is still trying to figure out how to integrate these jets into its national defense strategies and when received, they will need to know how to sustain them,” he said. “That’s one huge challenge that requires high cooperation from the U.S but let us see how Biden will handle it.”

The State Department recently halted new sales of weapons to the UAE and Saudi Arabia and ended U.S. support for the Saudi-led war in Yemen, regional officials and experts say the moves should not affect the strategic relations that exist between the US and the Mideast states.

“There is no significant impact or harm in these changes because we always look at the positive side,” retired Staff Maj. Gen. Abdullah A.Al Hashmi told me in an interview. “These are matters that may happen, but there is a clear Gulf vision towards common interests, and we cannot go beyond our Gulf national security.”

He added that no matter the changes under Biden’s administration, the strategic relations remain clear and stable. “We may sometimes disagree, but the UAE will not yield to any decision that contradicts its vision and plans,” he said. “We have our own plans and strategies, and the US is interested in preserving the relations with the Gulf states.”

This is mainly because most of the Mideast countries have enough weapons for at least the next two decades and are discreetly backed up by military-industrial complexes, retired Kuwaiti Air Force Col. Zafer Alajmi told me.

“It is not easy for a new administration to start cutting jobs within the military–industrial complex; they need us as much as we do,” he said. “This is where the influence of the defense lobby and industry is quite paramount, and I don’t think the relationships will truly be affected.”

Saab agrees. “There is no doubt that in early stages, both parties will make it public that real changes are happening, especially when it comes to human rights violations, but I am almost certain that they are going to go back to defense sales,” he said. However, he also said they will probably be in “smaller volumes.”

Khattar Abou Diab, professor of geopolitical sciences at the Paris Centre for Geopolitics, told me that even though the freeze is not out of the ordinary at the beginning of a new administration, it looks much “firmer under Biden’s management because “he is aiming at eliminating Trump’s legacy to the fullest.

In all cases, “Saudi Arabia took a track of diversification, but like the UAE, is keen to demonstrate its significance to Washington’s strategy and stability,” he said.

Saab suspects that the Gulf countries biggest priority is not going to be acquisition – since they’ve done their biggest moves during the Trump administration – but will instead seek to keep the purchases not yet realized going.

“Right now, their biggest priority is how to sustain the deals, because acquiring new equipment after the massive splurge during the last couple of years would be ridiculous, especially now that they have major defense transformation efforts going, at least in the UAE and KSA (Kingdom of Saudi Arabia),” he said.

Saudi Arabia and Qatar, however, have no imminent defense needs or requirements, Saab believes. “They knew they would get favorable deals under Trump’s administration, which they did, and now they know it’s over. A smart mutually beneficial relationship to say the least.”

In short, Gulf countries will have to give the new administration some time to figure out its policies towards the region, “which will definitely be tied to the issue of Iran’s nuclear deal,” Saab added.

Another important fact is that the Pentagon moved Israel into Central Command to boost cooperation with Arab states, retired Lebanese Brig. Gen. Naji Malaeb told me.

“Are Arab countries really ready to work with Israel in terms of joint trainings, common air defenses, and technical works?” he questioned. “I believe that the U.S administration will somehow force them to do so before renewing any arms contracts.”

From a U.S perspective however, President Biden and his administration have major decisions to make about their approach to the Middle East.

“Biden will be the third U.S. president in a row who wanted to diminish the U.S. military presence and involvement with the region, but they have all struggled with how best to do that,” Michele Dunne, director of the Middle East program at Carnegie Endowment for International Peace, says.

A relatively stable relationship with the new administration lies ahead for Egypt. Although it is unlikely that the US will sell new weapons that might change the balance of power in the region, the Egyptian administration “will try to pursue some vital agreements,” Mohamed Al-Kenany, military researcher and defense analyst at the Arab Forum for Policy Analysis in Cairo told me.

“We will try to get deals related to upgrading the Apache helicopters, F-16 fighter jets, M-1 Abrams tanks and Perry frigates, as well as finalize the 10 Apache AH-64E Guardian helicopters deal, while upgrading the current fleet to the same new standard,” he said, expecting that this could happen in the midst or at the end of Biden’s term.

Egypt will also push for acquiring naval helicopters for anti-terrorism missions and reconnaissance drones. “We will pressure them through the ongoing military relations with European, Russian and Chinese countries, so it is likely that the US arms companies would exert greater pressure in the Congress due to these qualitative heavy ongoing deals,” Al-Kenany said.

Regarding anti-terrorism and border security equipment, Al-Kinany expects no changes. “Both countries are keen on maintaining relations in this field, especially in terms of training exercises, and the fight against terrorism in North Sinai and the Western region,” he concluded.