INCISIV National
Acasă Armata “I think it’s unanimous from all the soldiers involved that we got... 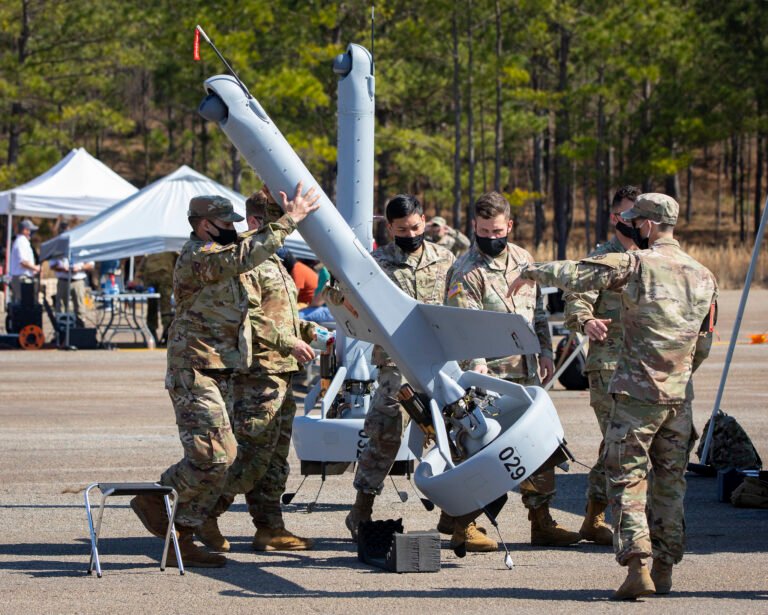 WASHINGTON: The Army is asking industry if it can accelerate delivery of a new scout drone, FTUAS, to replace the aging RQ-7 shadow after a successful year of field tests of four competing prototypes, culminating in a rainy-day “rodeo” at Fort Benning.

It was “a great infantryman day, a cold, rainy day where we couldn’t have launched the Shadow in that weather,” Col. Scott Anderson, project manager for drones, said. “All those systems launched and flew really spectacularly in that kind of weather and got great feedback from the soldiers.

“I think it’s unanimous from all the soldiers involved that we got this one right,” Anderson told reporters Friday. “Now we’ve got to do a little bit more of the hard work and deliver that capability.”

“In support of that, just recently, we issued an RFI [Request For Information] out to industry just to see potentially if we could accelerate that program somewhat,” he said. “And it’s been such such positive feedback… 23 industry partners responded to that RFI.”

The Army would have to move some funding to get FTUAS sooner, Anderson acknowledged, but “if they want to accelerate the program … we stand ready to do that.”

The service is also moving out rapidly on the two manned platforms that, together with FTUAS and air-launched mini-drones called ALE, make up its Future Vertical Lift “ecosystem” of high-tech aircraft:

Finally, the Army is working on common technical standards to apply to all these aircraft, manned and unmanned, and even in some cases to ground vehicles. The aviation version is known as the Modular Open Systems Architecture (MOSA), which is still being finalized; the overarching version covering both ground and air, which is still more nascent, is the Common Modular Open Architecture (CMOA).

. So they’ve matured significantly in the last year,” said FLRAA’s Phillips. For the broader CMOA, he went on, “there’s absolutely a grassroots effort across the PEOs [the Army’s acquisition Program Executive Officers] to have candid discussions about where the standards and architectures overlay.”

“This is the hardest thing to do,” said Col. John Frasier, project manager for aviation mission systems and architecture, who’s working to upgrade the Army’s existing helicopter fleet to use the new standards as much as possible. But, he argued, the common standards are essential to ease future upgrades and allow data-sharing between different aircraft, ground vehicles, and soldiers on foot.

“We are very tightly nested because we have to be very tight, tightly nested,” Frasier said. “You’re finally seeing the army get serious about truly being interoperable, not with just itself, but with the Joint Force, [for] the future joint all-domain battlefield.”

There are no talks scheduled between striking union workers and General Dynamics Bath Iron Works,...